Google’s Gboard for iOS is lagging a bit behind its Android counterpart, but a new update for iPhone users comes with a game changer. As The Verge has noticed, its dedicated GIF-maker button is no longer hidden at the bottom and now has a more prominent position on the keyboard, right on top beside the word suggestion bar. So accessible, and so convenient. It’s made even better by the fact that it can now also record short video snippets using the front-facing camera, making it a veritable reaction GIF machine.

Simply fire up the Make-a-GIF button and record a Loop, which is a three-second Boomerang-like format. Or a Fast-Forward that lets you record up to a minute of footage and spits out a sped-up GIF. While we can confirm the button’s new placement on iOS, as you can see below, we don’t see it on Android yet. (Take note, however, that we only saw the button’s new placement when we re-installed the keyboard.) Gboard’s app store pages don’t have notes about the update either, so you’ll simply have to check it every now and then. 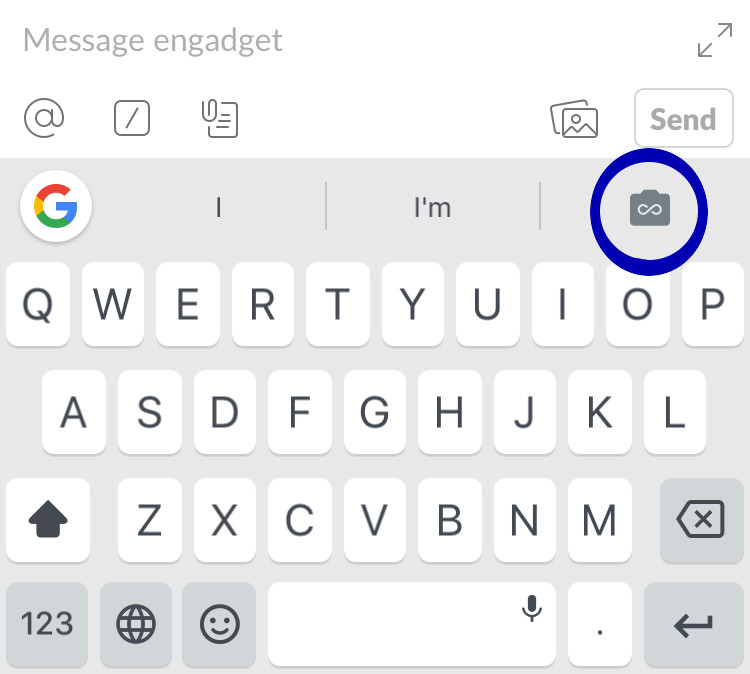 Read more from News
← Ben Heck’s mini pinball game: Designing the case
You realize how much you rely on your phone only when you have to shut it off →