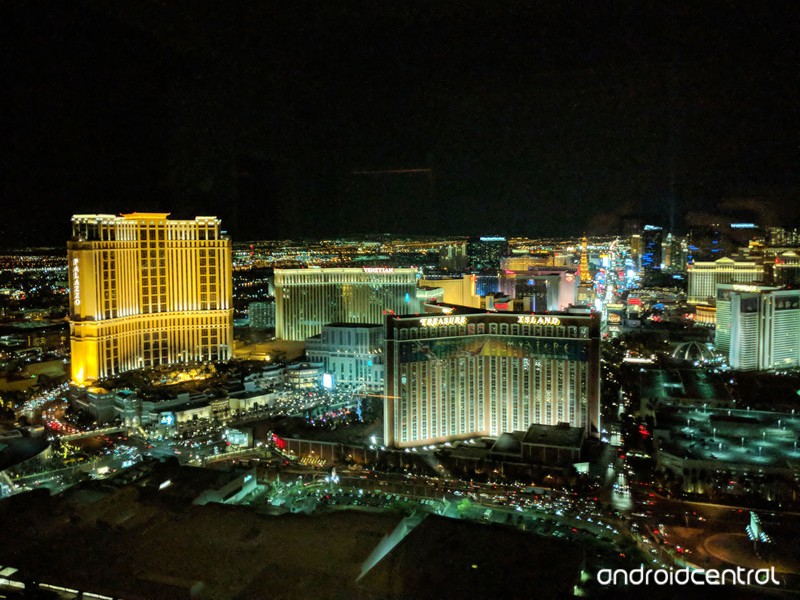 As we come crashing out of CES week and into 2018 proper, it’s time to reflect on a big (and slightly weird) week in tech.

It’s a working weekend, so I’ll just touch on a few of the show’s major highlights for Android and Google followers. I could go way longer on a lot of these, so consider this assembly of CES hot-takes to be my initial, largely unfiltered thoughts on the show.

At a pre-CES Huawei briefing for journalists ahead of its big press conference, it was obvious that something was up. Instead of the highly anticipated carrier partnership, the U.S. team presented a slightly confusing message for the Mate 10 Pro framed around millennials, Gen-Z and unlocked sales via the likes of Best Buy and Newegg.

Shortly thereafter, we found out precisely why: Huawei had negotiated a deal with AT&T, but this had been torpedoed at the last minute, reportedly due to “political pressure.” This was not the CES Huawei wanted, and with hindsight, you could feel it in the atmosphere of that initial briefing. The deep-sixing of the AT&T deal, apparently at the eleventh hour, sends the message that Huawei could try, over years, to pen another deal with another of the big four, only to have the rug pulled out from under it just days before the announcement.

It’s unclear where Huawei’s U.S. ambitions go from here, the company essentially having to prove a negative now in terms of alleged ties to the Chinese government. At best, it’s a multi-year setback. At worst, it’s the end of Huawei’s chances of carving out a significant U.S. market presence.

But hey, at least the Honor View 10 is coming to the U.S.! With similar specs, a lower price tag and less software weirdness than the Mate 10 Pro (not to mention a focus on direct online sales by design, not necessity), the View 10 has every chance of being moderately successful in the U.S. market.

Google Assistant was everywhere at CES 2018, much as Amazon’s Alexa was twelve months earlier. The new class of Assistant devices with screens were the most interesting Googley gadgets at the show, demonstrating how a dedicated screen could streamline what is sometimes a clunky voice-only experience.

It’s early days for this on-screen experience, though, which isn’t due to debut on anything until the summer. (Expect to see much more on Assistant displays at Google’s I/O developer conference in late spring.) Google’s CES presence in itself is noteworthy. The company carved out a sizeable outdoor space for demos of Android Auto, “Made by Google” hardware and of course Assistant.

And the new “Hey Google” activation phrase was everywhere, including a prominent spot on Las Vegas monorail trails. “Hey Google” replaces the more awkward “OK Google”, with one fewer syllable and a more natural, conversational tone. Will it make normal people any more willing to talk directly to Google as opposed to the more personable Alexa? We’ll see.

Following a day of heavy rainfall that actually closed some outdoor booths, including Google’s, the day before, the lights went out for a couple of hours in two of the main CES halls at the Las Vegas convention center. (Surprise – turns out a city in the middle of a desert doesn’t have great drainage.)

This led to a moderately chaotic day two for CES, which included security personnel at the North Hall having to deal with many a besuited wanker trying to barge their way in through side exit when the halls were on lockdown. (Maybe don’t do that when you’re representing your company, and wearing an oversized badge bearing both your name and theirs.)

Just as the Razer Phone was a good idea done badly, Razer’s Project Linda — which plugs the handset into a vaguely Razer Blade-shaped laptop dock — is a terrible idea done incredibly well.

By its own admission, Razer doesn’t know if it’ll ever sell Project Linda. But at least weird and wonderful gadgets like this help to keep CES interesting.

The Galaxy S9 is happening

Samsung’s CES presser was full of things like Knox on your fridge and Bixby in your car big ecosystem plays as the company looks to carve itself out a bigger slice of the IoT pie.

While it wasn’t at CES proper, an interview with Samsung mobile boss DJ Koh did confirm that the Galaxy S9 would land at Mobile World Congress in February, a month earlier than the S8 last year. And with that, the company effectively steamroller every other phone at that show. For all intents and purposes, MWC is now the Galaxy S9 show, even if the phone itself turns out to be a largely iterative update on last year’s models.

Huawei invited me and Michael Fisher (aka MrMobile) on a chopper tour of the Grand Canyon to test out the camera of the Mate 10 Pro. The Mate’s camera impressed us a few months back, and it’s only gotten better with a couple of updates that have landed since then. You’ll find a gallery of some of the best pics over here on Google Photos.

That’s it for now. I’ll be back with more pre-MWC thoughts in a few weeks!

Read more from News
← After Math: CES 2018 by the numbers
Japan’s latest sensation is a cryptocurrency pop group →