How much local storage do you use on your phone?

The constant battle of cloud vs. local.

Now more than ever, phones are shipping with larger storage configurations and getting rid of 16 and 32GB variants. Seeing 64GB of internal storage slowly become the new norm is pretty exciting, and with Samsung already producing a mobile chip with 512GB, we’re now living in the best time for saving local files on our mobile devices. 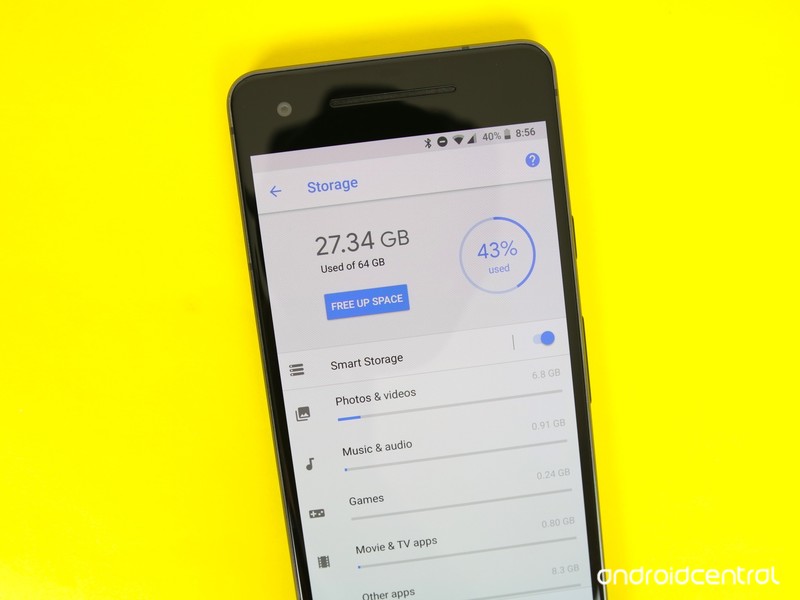 But then again, do we really need all of that space?

So much of what we do on our phones is now streamed or saved on the cloud, and our forum users recently got into a discussion about how much storage they actually use on their handsets.

Here’s what they had to say:

I guess it depends on you. I keep everything in the cloud, Google drive, Google music. Even with the pixel 1 at 32 gig, I had around 20 gig of storage used. So 64 gig is plenty for me. Some people always have to have everything on their phone. Just depends on how you use it.

I managed 2 years with 64gb on my 6p but for some reason I’ve already used about 50 gb on this XL. I’m probably using more due to having more but even so I’m glad I went larger

I personally went with 128 just so I don’t ever have to think about it. I do store music and other things on my phone.

Returning my 64 tomorrow. 128 comes in on the 3rd. I put a lot of videos, music, and notes on it so 128 gives me extra room. As others mentioned, 64 is plenty if you don’t store everything on your phone.

I only use half of the 32Gb on my 5x, but then I have very little data stored on the device (don’t d/l movies or anything like that). All my music is streamed too.

What about you – How much internal storage do you use on your phone?