Take a second glance at your Portrait Mode photos on the Pixel 2. 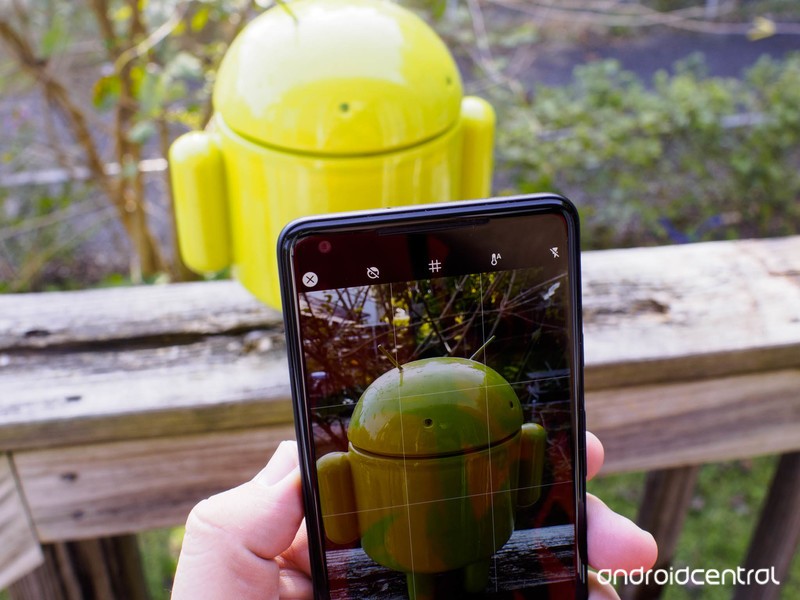 Of the many things that truly impress me about the Pixel 2 and Pixel 2 XL, the camera stands out as the most incredible step forward from last year. This camera is incredible, and my favorite feature by far is Portrait Mode. This isn’t a new feature in smartphone cameras by any means, but Google is managing to do with a single camera and some clever AI what many other manufacturers need two sensors to pull off. This is especially awesome now that you can use Portrait Mode on the front facing camera, something no other phone maker is doing right now.

As exciting as it is when these photos are enhanced by Portrait Mode, like every other phone with this tech it’s not without flaws. Here’s a quick look at some of the stumbles we’ve seen so far. 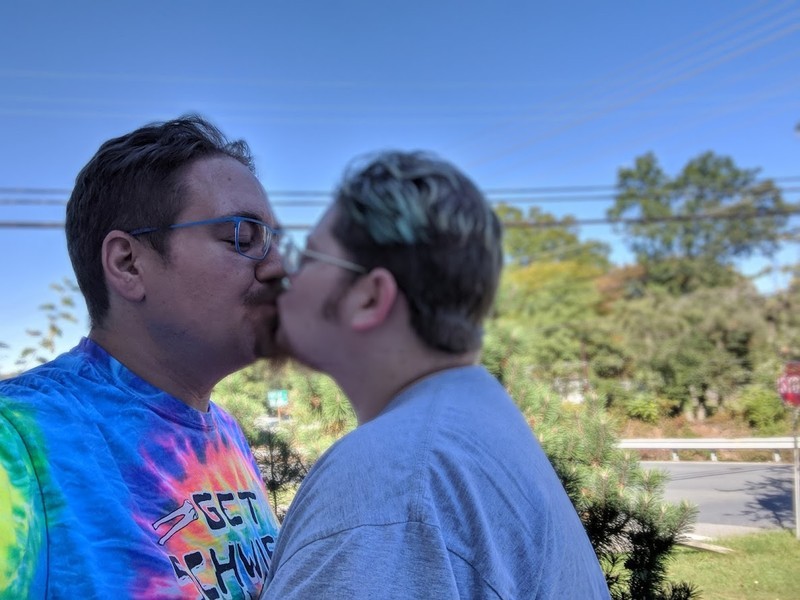 Portrait Mode does a really good job with multiple people in a shot, unless they are touching in specific ways. Unfortunately, kissing is one of those ways this software really struggles with.

In my testing, it seems like the software picks the thing that looks most like a face and blurs out the rest. It doesn’t happen every time from every angle, but it’s really funny when the software fails like this. 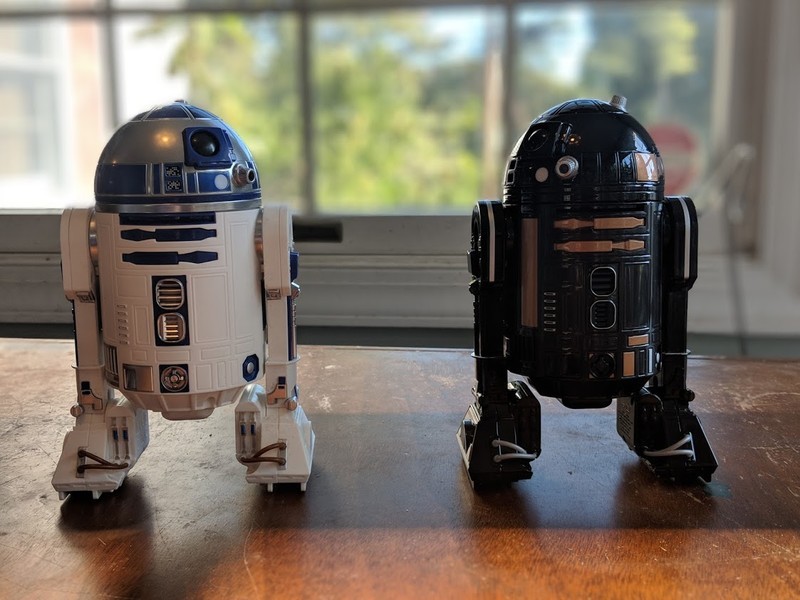 The background to this photo is at an angle, which means the camera software only chooses to blur out parts of it. Look at the far right of this photo next to the side of R2-Q5 compared to the far left side of R2-D2. Also notice the space in between the droids that isn’t blurred at all.

This is a challenging shot even for an actual DSLR to create an effective balanced shallow depth of
field, so it’s not surprising the software struggled here. The lighting is also a little crazy, so it’s not clear how much can be done in software to make this kind of photo really pop. 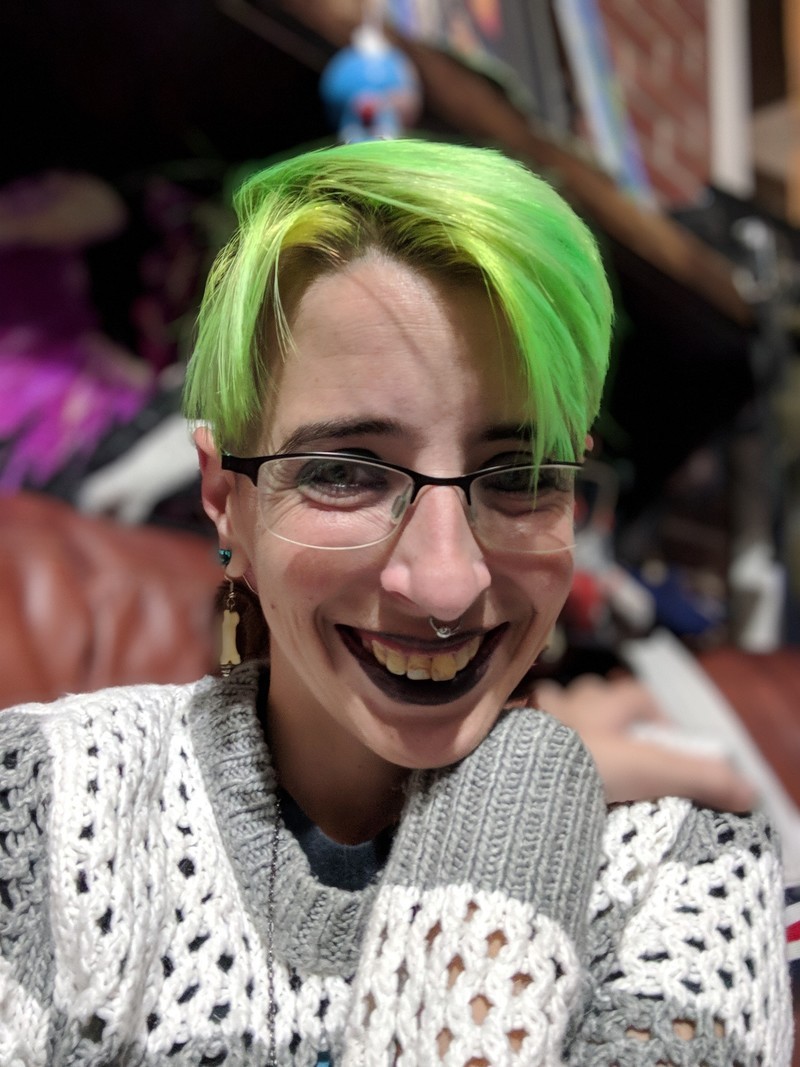 Placement of your extremities is important for Portrait Mode, apparently. Jen’s hand is clearly visible on her shoulder, but completely blurred out by the software.

It’s the kind of thing you only notice after a double-take, and likely something Google’s software will get better at noticing over time, but hilarious all the same.

Missing a bit there 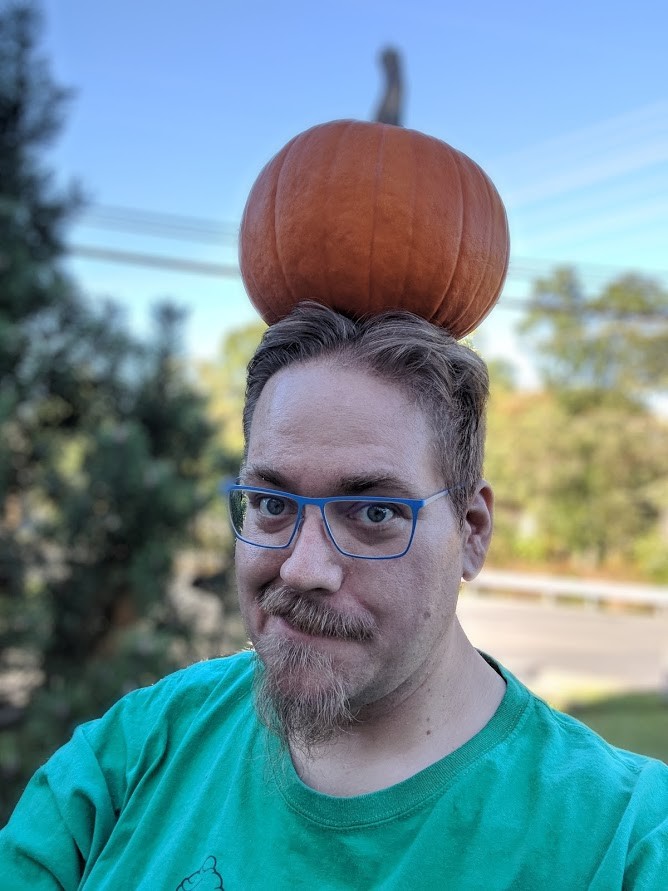 This is a really good Portrait Mode shot, right until you get to the stem of the pumpkin. It’s angled back on my head, pointed away from the rest of me, so Google’s depth logic didn’t see it as part of the foreground.

This is still a perfectly sharable photo, but a funny little mistake to see after you’ve taken the photo.

What happened to my glasses? 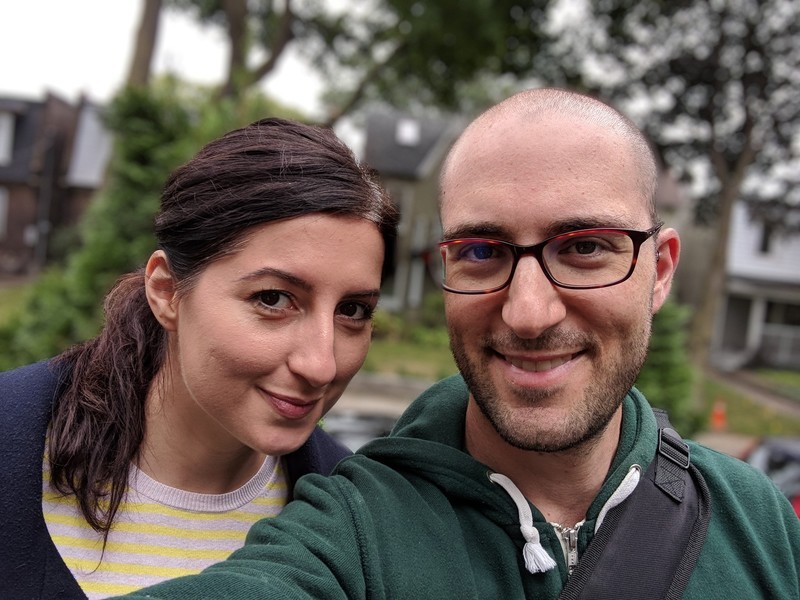 An otherwise stunning photo of two lovely people turns into a laugh by looking at the left side of Dan’s glasses. They’re completely gone, erased by Google’s software like it was a stray hair or something. This happens a lot with people wearing glasses, especially if their head is at an angle. Google can see the shape of the head, and decide that extra stuff on the edge shouldn’t be there.

This is no doubt something Portrait Mode will stop doing in the not-so-distant future, but for now the only real way to avoid this is making sure your face is square with the camera.

Outside of these small bugs, Portrait Mode has been treating mode of us well. How about you? Have you grabbed that flawless Portrait Mode shot yet, or have you found flaws more egregious than the ones we’ve laid out here? Sound off in the comments!