Following the launch of BB-8 in 2015, and R2-D2 and BB-9E last month, Sphero has introduced an all-new iPhone-controlled droid ahead of New York Comic-Con, which begins today. This one is R2-Q5 and is the Imperial counterpart to R2-D2, with a glossy black finish and matte gold trimmings. R2-Q5 first appeared in Return of the Jedi.

Similar to Sphero’s R2-D2 droid, R2-Q5 has functional lights, a rotating dome, retractable third foot, on-board speakers, and can be piloted manually via the same Sphero app that controls the other Star Wars droids, or patrol on its own. The app has augmented reality features that place R2-Q5 in settings within the Star Wars universe, including the Death Star. You can watch Star Wars movies with the droid and have it react to certain moments within the film as well. 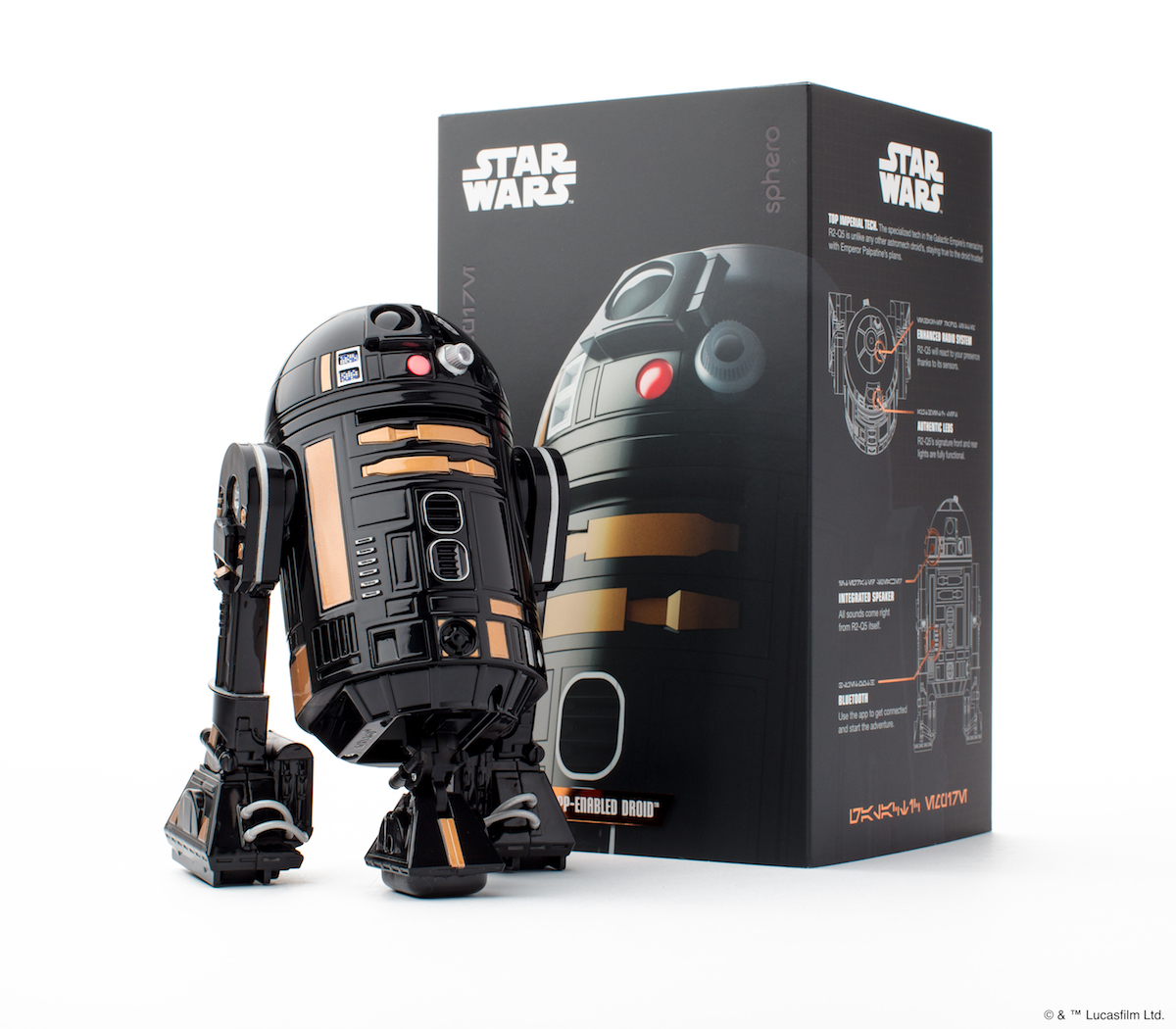 R2-Q5™ is an Imperial astromech droid from a galaxy far, far away…. Control it with your smart device or keep this nefarious Droid in top shape with augmented reality training. R2-Q5’s signature front and rear LED lights are fully functional, and an integrated speaker means all sounds come right from the droid itself. Watch R2-Q5 interact with other Star Wars™ App-enabled Droids by Sphero, and view films from the Star Wars saga with R2-Q5 reacting by your side. This special droid has been brought to life thanks to Sphero technology.

Sphero is planning R2-Q5 as a much more exclusive model than its previous droids, with only 100 on sale at the company’s New York Comic-Con booth today. After that, the droid will debut on Best Buy’s site and in stores on November 5 for $199.99. Pre-orders are available now, and the “limited edition” droid is expected to see limited availability throughout the holidays, so once they disappear from Best Buy they’ll be gone for good.

Tags: Star Wars, Sphero
Discuss this article in our forums