Most of the time, I buy cameras for specific purposes. My DSLR exists to capture vacation photos and product shots for Engadget reviews. When I go on hikes or long bike rides, I pull out a GoPro Hero4. For some reason, however, I just can’t bring myself to buy a dedicated webcam for Twitch streaming or YouTube vlogs. I already have a handful of great consumer cameras — shouldn’t I be able to use one of those? In reality, that’s easier said than done: Most cameras simply aren’t designed to push a live feed out to a PC. It’s a problem I’ve spent hours trying to solve, but never did. Then, I heard about the Elgato Cam Link, a USB capture device that can turn any camera with HDMI output into a functional webcam.

If that sounds familiar, you’ve probably Googled “how to use a GoPro as a webcam” before. Unless your camera is designed to be used as a webcam, an HDMI capture device is usually your only option. In fact, content creators have been using capture cards to integrate higher-quality cameras into their workflow for years — but Elgato’s take on this idea is just a bit more streamlined.

Instead of finding a workaround to make an HDMI capture device work natively with various apps as a webcam, Elgato’s dongle does it in one shot: getting the Cam Link operational is as simple as downloading the latest version of the company’s Game Capture HD software and plugging an HDMI output up to the device. That’s basically it — and with the exception of a few hiccups, it actually works really well. 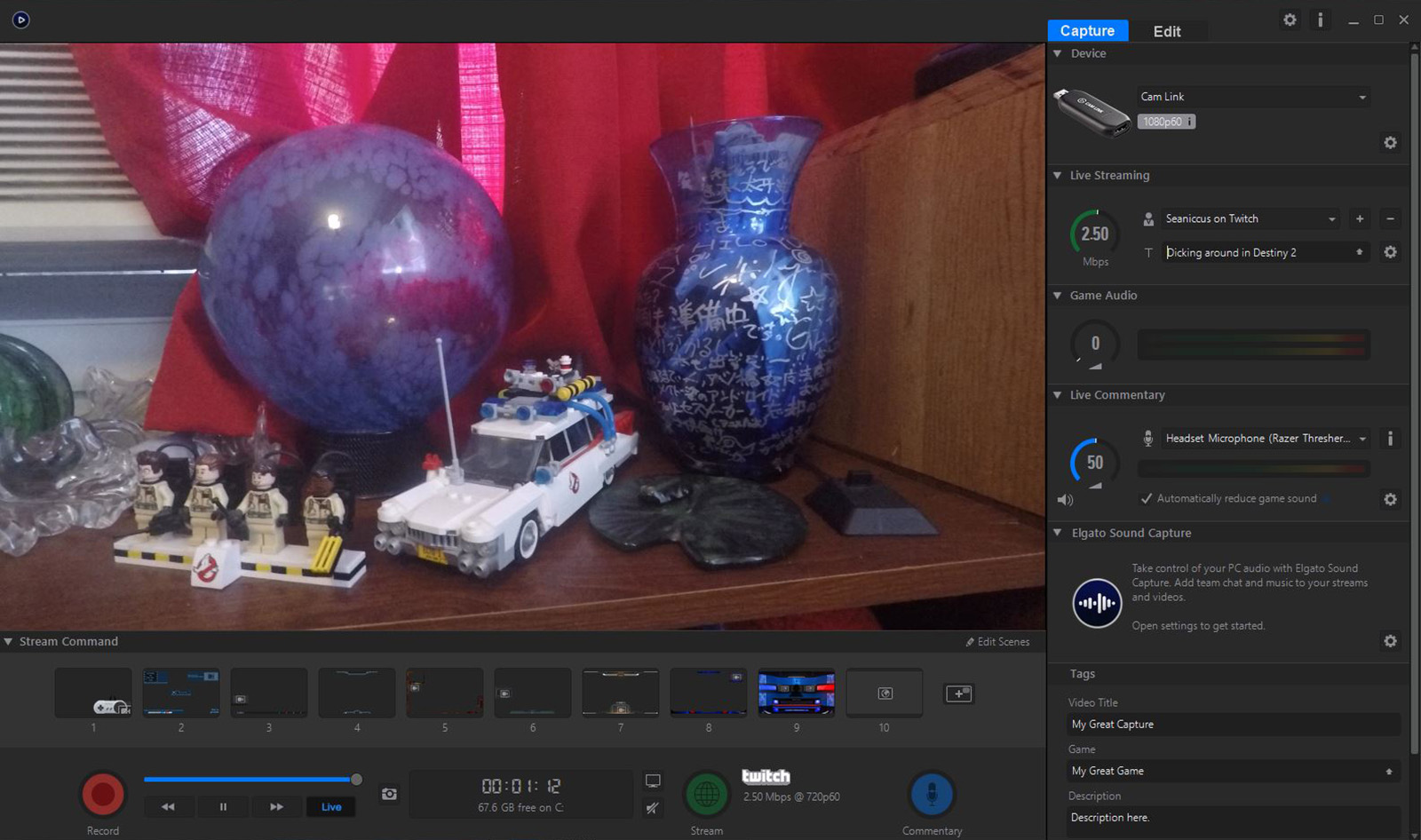 This is mostly because of how your PC recognizes the Cam Link compared to most HDMI capture cards. If you hook up a camera to Elgato’s own HD60 Game Capture device, for example, it will be recognized by broadcasting software as a USB video capture device. Most of the time, that’s perfectly fine, but what if you want to use it as a camera for Skype or through your operating system’s native camera app, you’ll need to download additional drivers and software to trick it into behaving as a webcam. The Cam Link, on the other hand, does that by default. Better still, Elgato’s own Game Capture HD software recognizes the Cam Link as a separate capture device, which makes embedding a “face cam” over gameplay a snap.

Because my main PC is a desktop computer and doesn’t have a built-in camera, this made the Cam Link an incredibly convenient way to pipe decent video to my machine for Twitch streaming and Skype calls. Elgato’s software takes some of the guesswork out of it, too — when I stream a webcam through OBS, I usually have to add an offset to make sure my webcam feed syncs up with my gameplay footage. The Game Capture HD desktop suite did that automatically. I even used it to record an unboxing video for YouTube, and was able to embed my external microphone’s audio directly into the recording. Normally I have to sync that up in editing. It was nice to have one less thing to worry about. 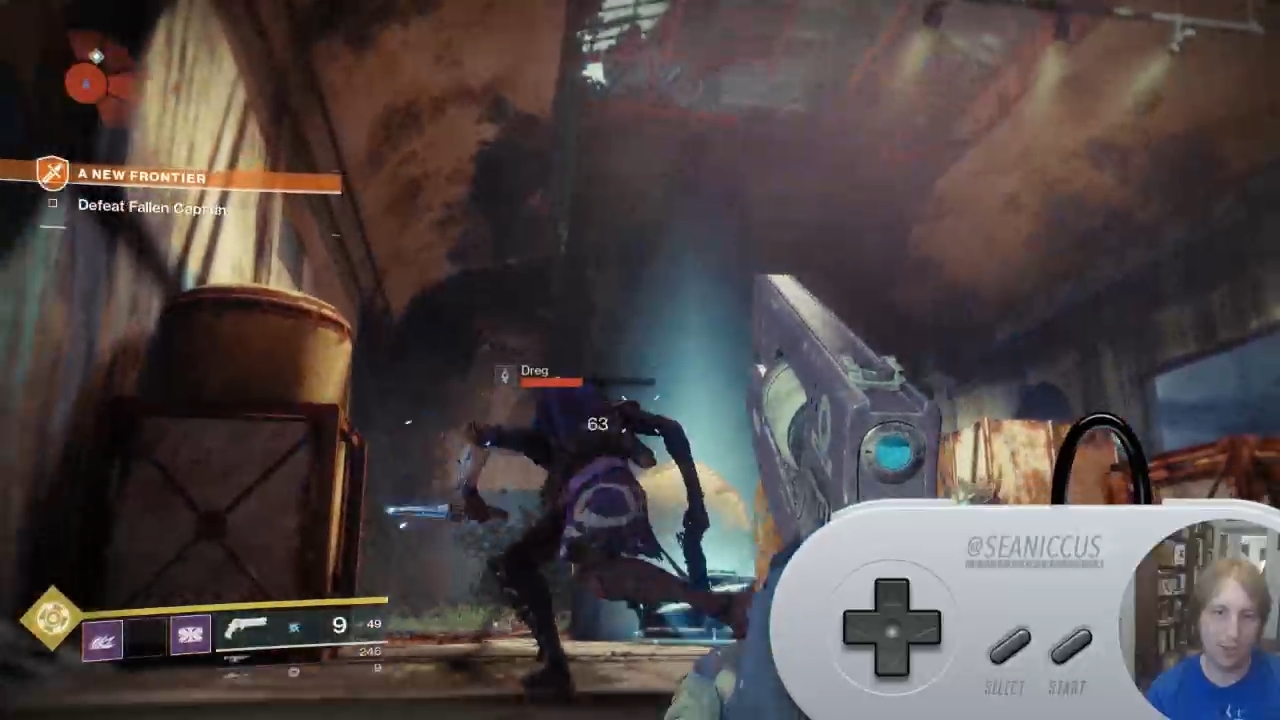 It’s an easier way to solve a cumbersome problem — but it still has some pain points. Like any HDMI capture device, it can only deal with the signal you give it. That means any overlay menus that your camera displays over its video-output will appear in the Cam Link stream, too. That wasn’t a problem for my GoPro, which has an option to disable the overlay, but I had trouble with my other cameras. My Canon Rebel T3i has a great lens, but you can’t get a clean HDMI signal out of it unless you use a custom firmware like Magic Lantern. The quality of that image depends on the camera, too. I can get a 1080p signal out of my action cam, but my DSLR won’t push anything higher than 480i.

That resolution issue comes into play even if you have a camera with decent output. In a best case scenario, the Cam Link can only capture 1080p footage. In my tests, 1080p recordings over HDMI were about the same quality as videos captured directly by the camera — but if you have a camera that shoots in 4K, you won’t be able to get that kind of fidelity when streaming through the Cam Link. Finally, I had one or two instances where the Game Capture HD software simply didn’t save a video I shot with the dongle. Elgato support is looking into it for me, but it made me cautious enough to move my workflow over to OBS. 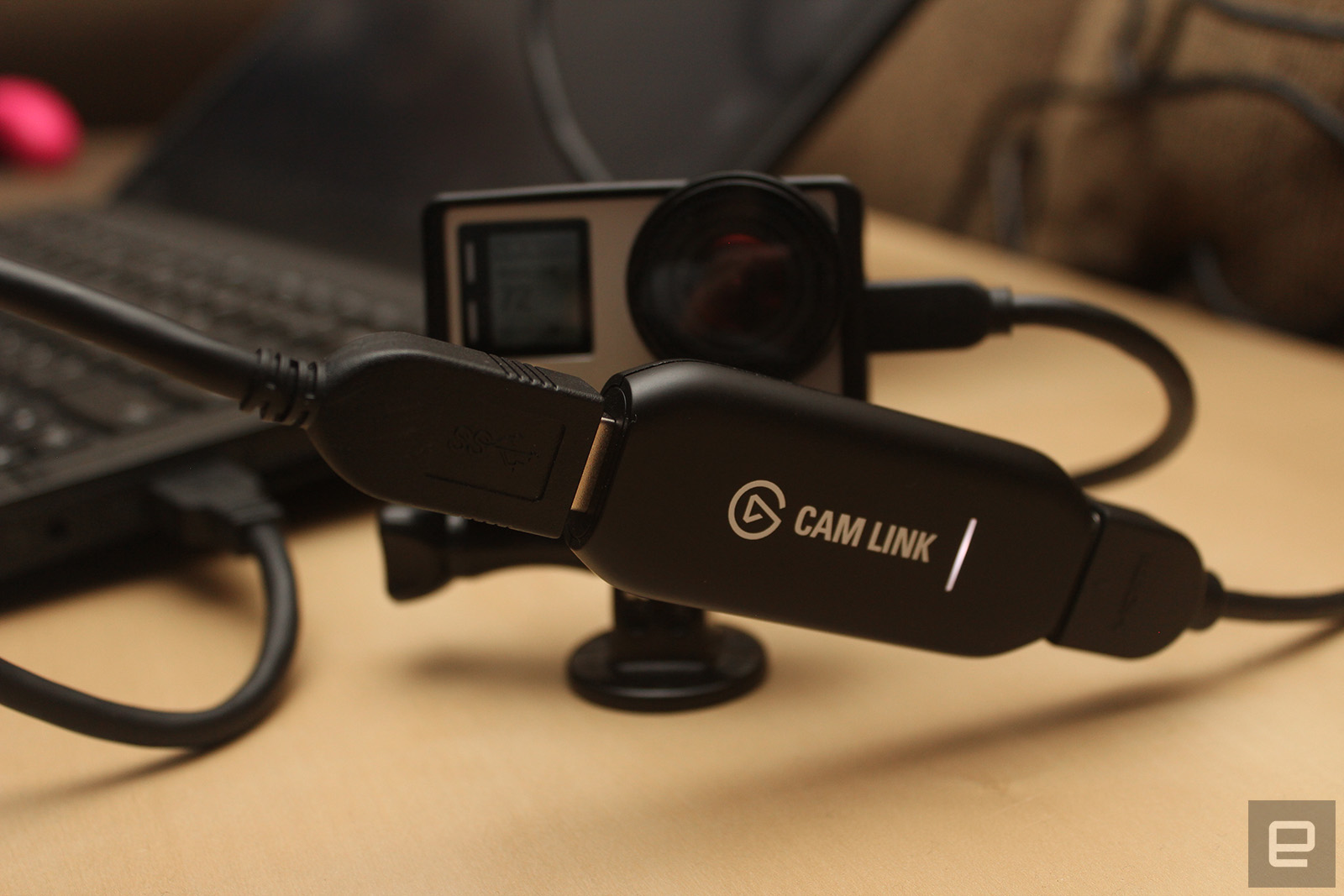 What Elgato’s Cam Link does isn’t technically a new idea, but it’s a consumer-ready implementation of it that’s easy to set-up and use. In my perfect world, it still wouldn’t be necessary — I still think it’s bizarre that my GoPro isn’t natively recognized as a usable camera by my PC — but the Cam Link does exactly what I want with almost no hassle at all. If you have a nice camera that can output a clean HDMI signal, and you desperately want to use it as a webcam, the $130 Cam Link is an easy way to get it working.

Read more from News
← Recommended Reading: Streaming is changing the sound of music
Your weekend comments thread is open for business →