Inside the store that only accepts personal data as currency

On the internet, technology companies try to track your every move. The news story you liked on Facebook last week. Your Google searches. The videos you watch on YouTube. They’re all monitored by algorithms that want to serve you highly targeted ads. We don’t realise it, but the breadcrumb trail we leave online has value. Real, monetary value. To emphasise that point, cybersecurity firm Kaspersky Lab has been running a pop-up shop in London called The Data Dollar Store this week. Inside, you’ll find exclusive t-shirts, mugs and prints by prolific street artist Ben Eine. The catch? You can only buy them by giving up some personal data.

Opposite Old Street station, a smattering of Eine fans and curious, spontaneous shoppers waited in line. One by one they filed in and heard the store’s unusual rules: to acquire the mug, you must hand over three photos, or screenshots of your WhatsApp, SMS and email conversations, to Kaspersky. To buy the t-shirt, it has to be the last three photos on your Camera Roll — so you can’t be selective — or the last three messages on your phone. The original print, finally, forces you to hand over your phone. A member of staff will then poke around and select five photos, or three screenshots. You can barter with them, but ultimately the choice is theirs. 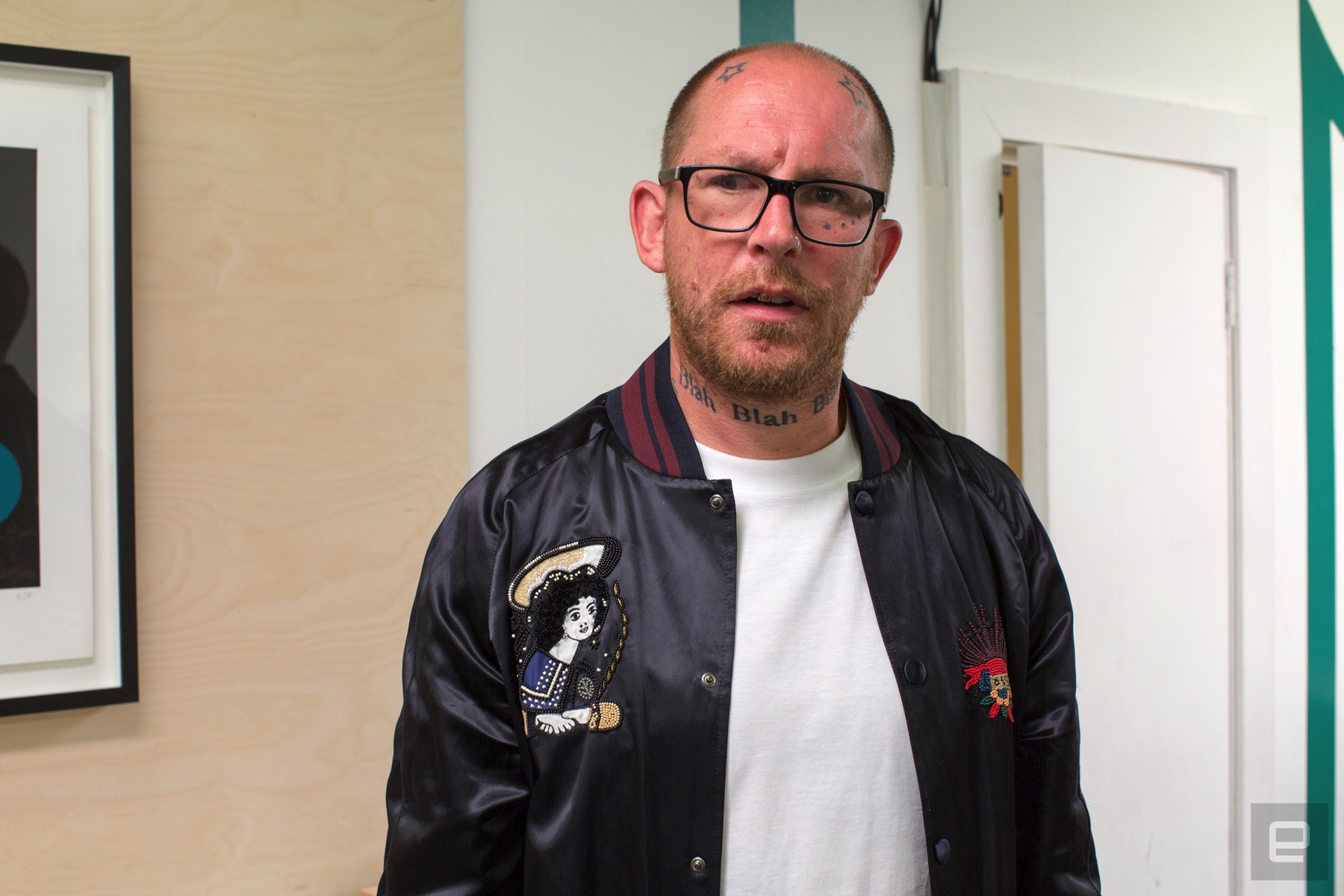 There was a mixture of excitement and nervousness in the store. Some people were caught off guard and immediately started rummaging through their phones, checking photos and messages for anything that might cause embarrassment. Others looked smug — clearly, they had been told the rules beforehand and prepared their devices accordingly. “This is stuff we give away freely all the time,” Eine told me. “But when you’re actually asked to exchange this private information and walk away with something that does have monetary value, people are like, ‘Whoa! What is actually on my telephone? What are the messages that I’ve sent?’ It’s a little bit scary.”

I went through the process myself. Originally, I had planned to go for the print and fully expose my phone to the people outside the pop-up store. But I’m a scaredy-cat and quickly changed my mind, opting for the mug instead. I picked out some photos of a field hockey pitch, a classic car and a longboard my older brother owns. Naturally, I went for shots that didn’t show my face or anyone I knew. The momentary panic surprised me, because I don’t consider myself a man with many secrets. But in that store, I realised just how much data I would consider private on my phone. 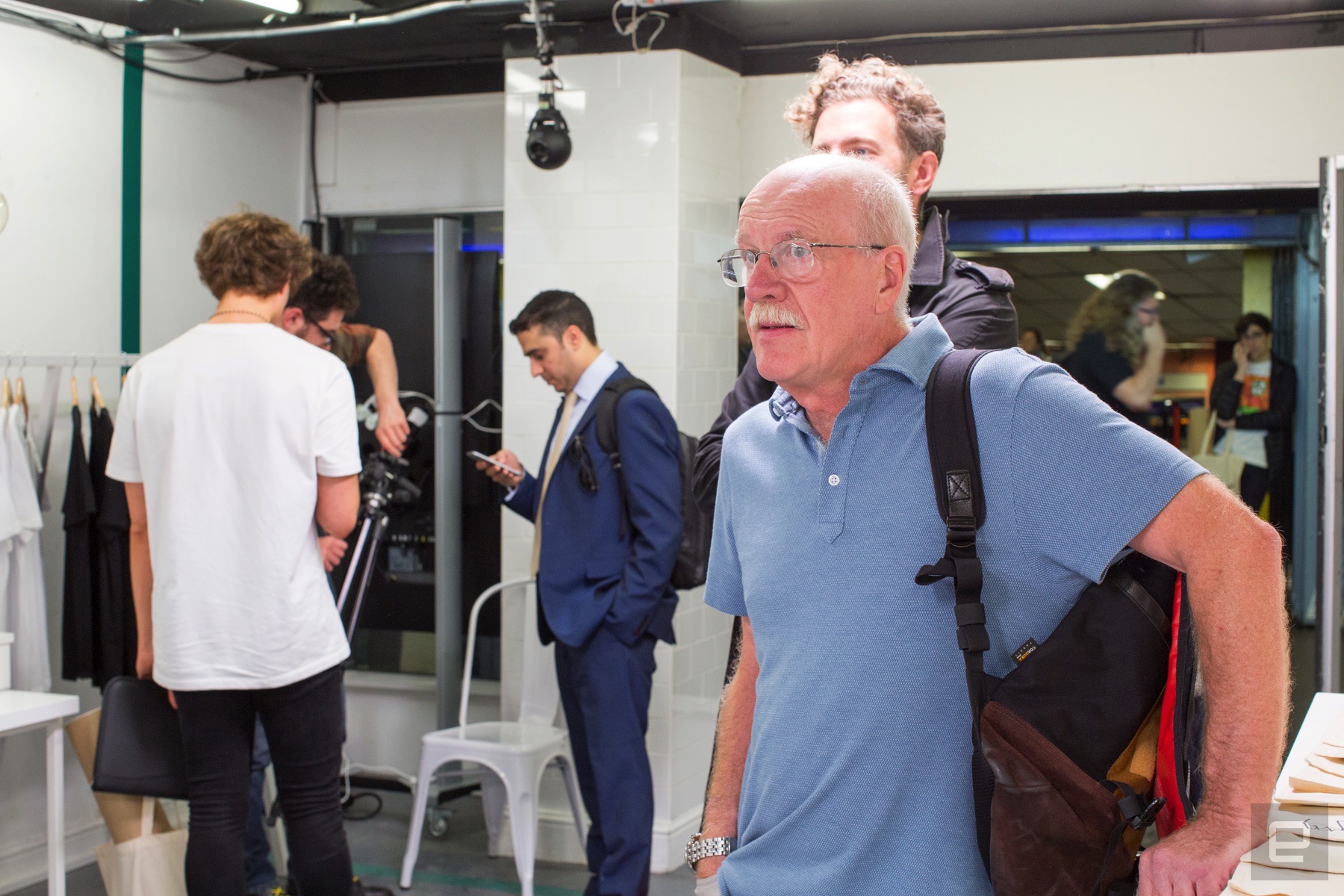 Customers wait to have their phones inspected

The Data Dollar Store is, of course, a marketing stunt. An interesting thought experiment, but little more. Neither Eine nor Kaspersky are implying that this is the future of commerce. It’s just designed to make people think. “I want people to be worried about the information they’re giving away,” Eine says, “and then realise that they’re giving this information away all day, every day.” Information has value, he argues, and we should know what that value is. “People should be rewarded for allowing people to have that information,” he adds. “At the moment, nobody gets rewarded for giving away all of their personal information.”