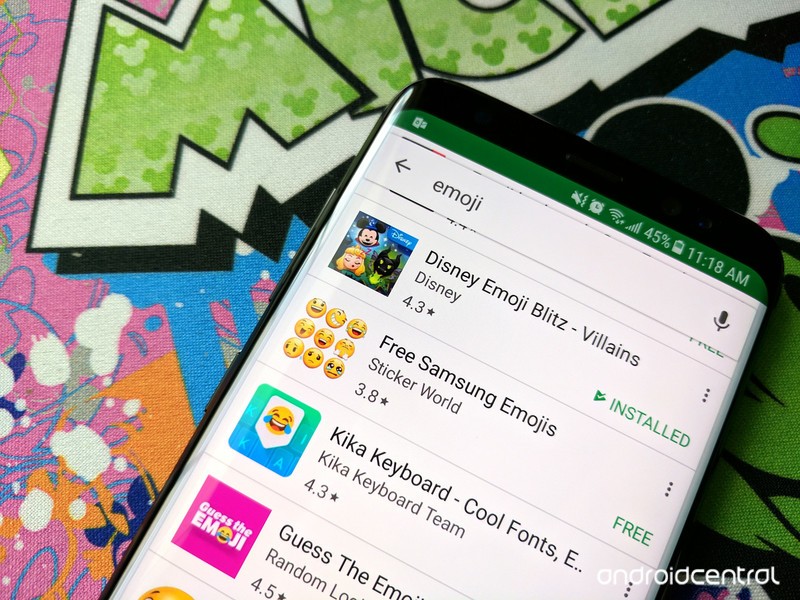 Emoji are really, really complicated, and they don’t need to be.

Emoji are supposed to be easy, cute, and even fun. They’re whimsical ways to communicate with your friends, allowing you to create and converse in sometimes-cryptic pictographic codes. Emoji can say a million things, and while they should translate across platforms and people easily, the truth is, they don’t, especially on Android. This is doubly true for custom emoji keyboards on Android, which are all either massive disappointments or straight-up lies.

No keyboard is this more true for than Disney Emoji Blitz, but it doesn’t have to be like this. 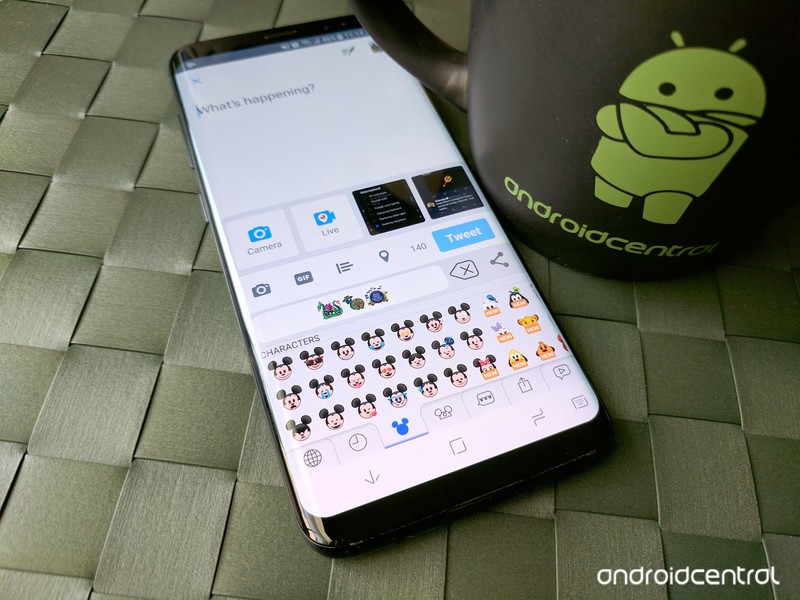 Disney Emoji Blitz is two apps in one: it’s a mildly-addictive Disney character-themed match-three game, and it’s a custom emoji keyboard where you can use all the emoji you unlock in the game to communicate with your friends. It’s a great way to incentivize players to level up and complete missions, and the emoji are adorable to see and share, if you can stand the lengthy process of sharing an emoji through it:

You enable Disney Emoji Blitz as a keyboard in your Language and Input settings. This means that Disney can collect and track what you type, just like any other keyboard. It should also be mentioned there is no way to type words of any kind while in the Disney emoji keyboard, the only characters on its keyboard are the emoji you’ve unlocked.
You switch to the Disney Emoji Blitz keyboard while typing in an app and the emoji keyboard appears.

Your emoji are shared to your chosen app as a small, low-res bitmap image.

If you’re on a fewlucky phones, when sending a single emoji through Disney Emoji Blitz the image is automatically sent to the app you’re typing in, but this experience is the exception rather than the norm, and it only occurs when sending a single emoji. If you want to send two or three, you have to tap the first emoji twice — once for the automatic sending to the app, and once to compose the three-emoji image. 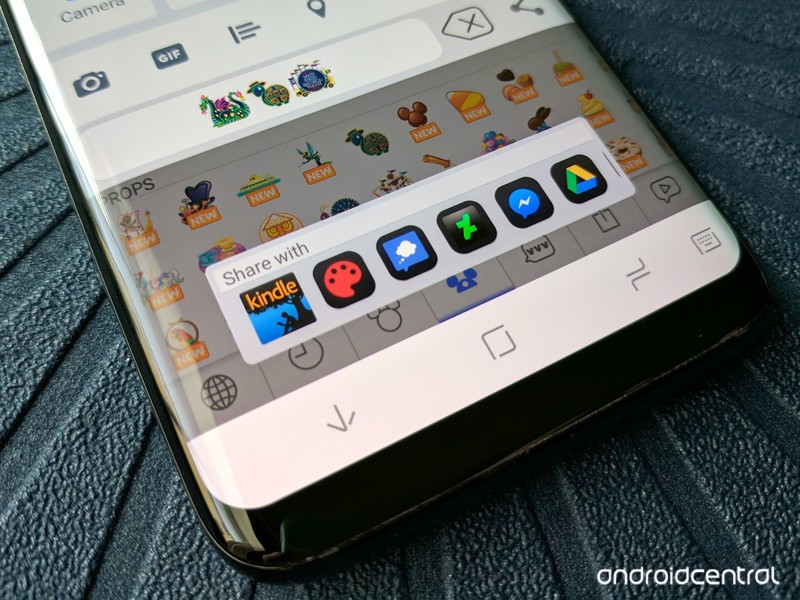 While Disney Emoji Blitz’s implementation is downright terrible, it’s pretty much par for the course for custom emoji packs. Most emoji “keyboards” on Android are just sticker packs, and are lambasted as such in their reviews. Honestly, a sticker pack might be better than Disney Emoji Blitz’s current implementation because at least you’d have a full-screen interface to draft with instead of the thinnest keyboard I’ve ever seen outside Minuum. 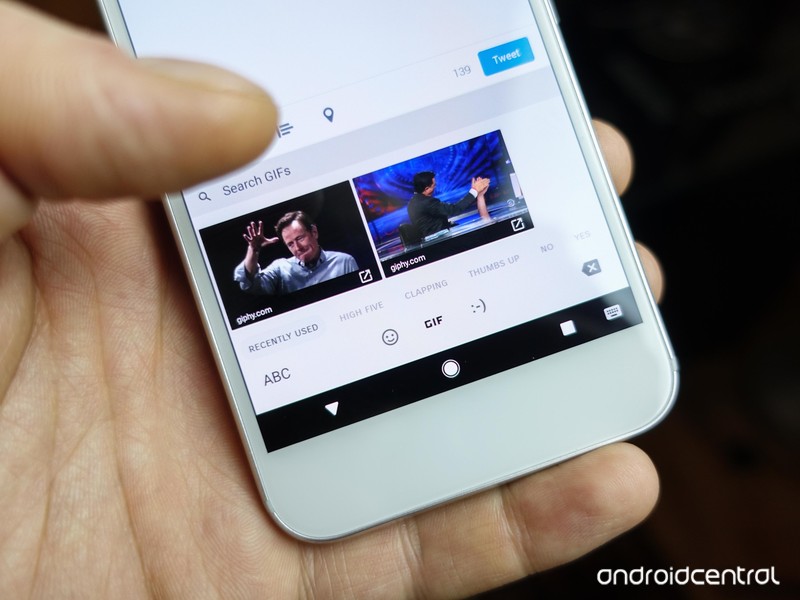 Last fall, I got my hopes up that this situation could be fixed with Android N, which brought with it Image Keyboard Support. This allowed keyboards like GBoard to begin including GIFs and custom emoji in their keyboards that could be sent as images directly from the keyboard, and it is awesome when it works.

Image Keyboard Support is required both at the keyboard level, to send the image, and at the app level, to receive the image data from the keyboard. Most messaging and social media apps have added Image Keyboard Support so that they can offer their users a richer experience. The problem is a lot of emoji apps haven’t. Maybe they thought it was limited to Android 7.1 or higher, even though Image Keyboard support was added to Android’s v13 Support Library, allowing it to be used on devices all the way back to Android 3.2 Honeycomb. Maybe they just wanted to keep things consistent. But in doing so, they’re keeping their emoji app consistently bad. 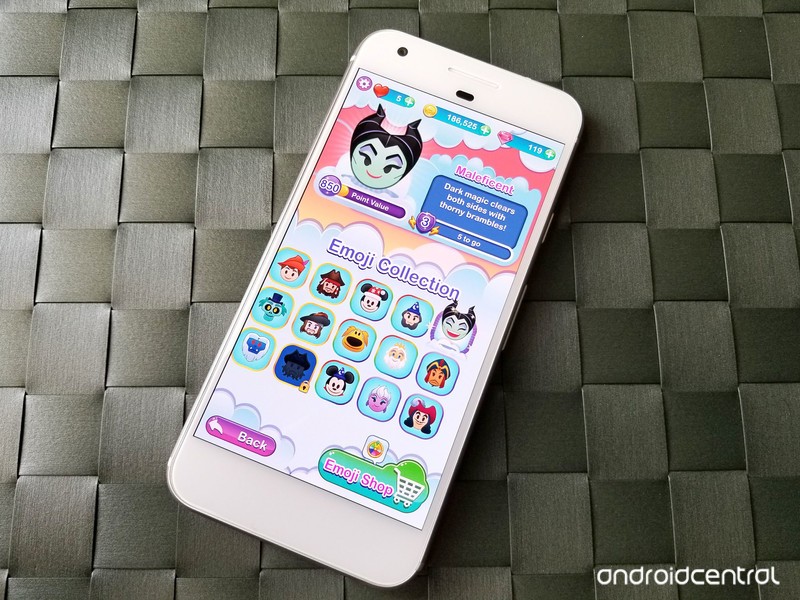 Most emoji “keyboards” on Android are just bad sticker packs.

I’ve played Disney Emoji Blitz for over a year now, having jumped onto the app about a week or two after it first came out. I’ve completed every single challenge event since the game’s inception; I’ve unlocked every Silver Box emoji, Villain emoji, and Rainbow emoji to date (including Yen Sid at Level 100), and over 90% of the Gold Box emoji. I’ve unlocked over a thousand emoji for the keyboard… and it’s almost impossible to use them.

The character emoji are relatively easy to navigate, if a little simplistic, but the item emoji — which vastly outnumber the character emoji and can give immeasurable nostalgia and pleasure — are all lumped into one big, endlessly scrolling, horribly sorted page. There’s no way to search for specific emoji and once you find the emoji you want to use, you’re stuck with a clunky, low-resolution sharing method that takes far more effort than simply using the system emoji or searching for a Disney Gif. The GIF will be higher resolution and animated, anyway. 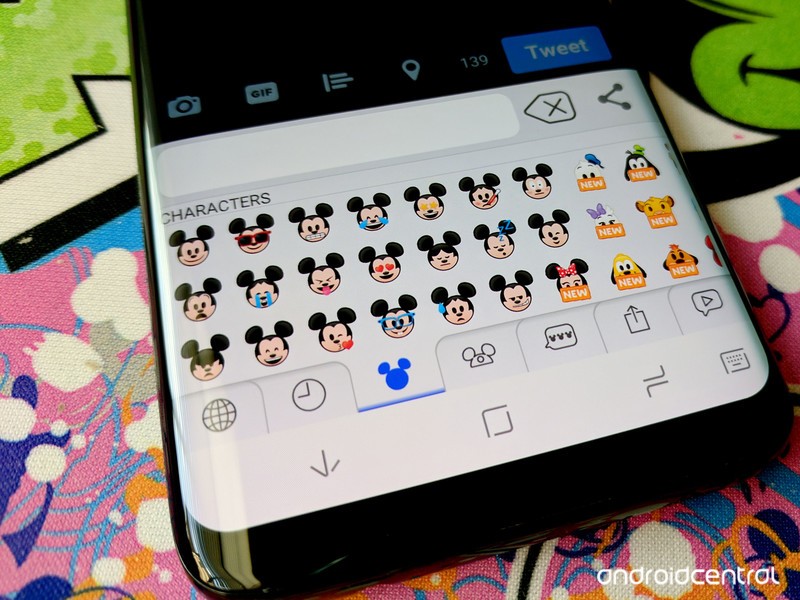 Disney Emoji Blitz could be an amazing emoji keyboard, but that has to start with it being a legitimate keyboard. It needs the ability to type normal text along with all the emoji it’s packing, and the ability to type letters would also give rise to an important emoji feature most popular keyboards have: emoji predictions/search. If I want Disney’s trident emoji, I should be able to type Trident, select the emoji, and send it to the world.