Google has been rapidly adding new features to its Home connected speaker recently, and the latest will be handy for chefs. Google Home can now read out recipes step-by-step — but it sounds like you’ll need to kick off the process using your smartphone. According to a blog post that went up today, Home will be able to read back more than 5 million recipes from sites like All Recipes, Food Network, Bon Appetit, the New York Times and more. First, though, you’ll need to find the recipe you want on your phone using either the Google Assistant on Android or Google search on your iPhone.

From there, you’ll find a new “send to Google Home” button, provided you have one set up of course. Once you’ve done that, the recipe will be loaded up and ready for you — saying “OK Google, start cooking” will prompt Home to read you the first line. You can ask Home to repeat a direction or go to a specific step at any time; otherwise saying “OK Google, next step” will move you forward. You can keep using Google Home to play music, answer questions and basically do whatever else you might want without interrupting the recipe. It’ll know you’re cooking and move forward with the recipe regardless of whatever else you ask it between steps. 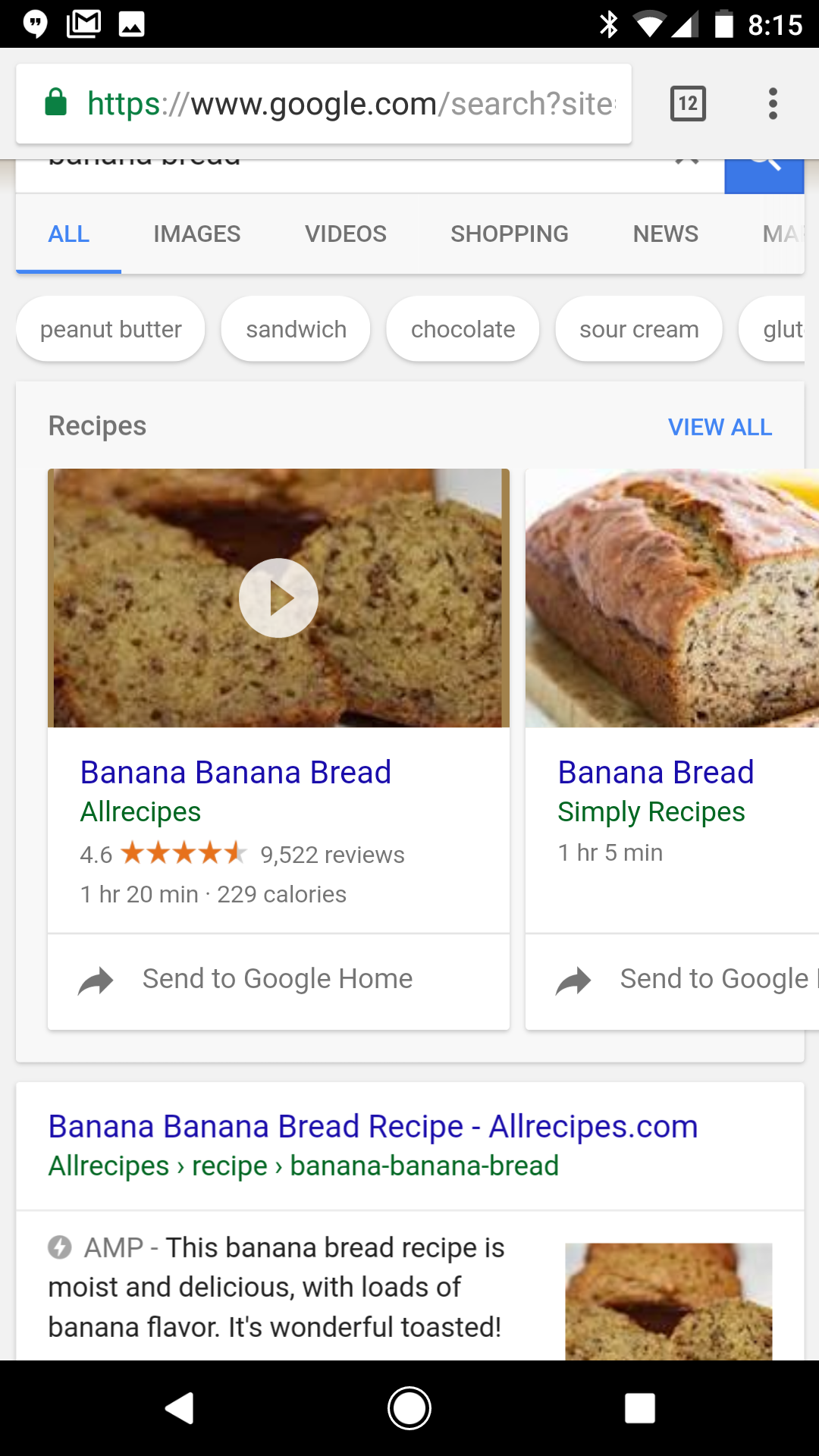 It’s a natural extension of Google Home, particularly considering how nice it is to go hands-free when you’re working in the kitchen. And, as with many features Google Home has gained recently, it’s something that Amazon’s Echo can already do. However, Google’s implementation has a few advantages — rather than building specific “skills” for each recipe source, Google Home works with a whopping 5 million recipes from multiple sites right away. The first recipe skill for Echo came from All Recipes, and it now works with Food Network as well. Echo has a few advantages over Google’s recipe feature, as well — you can tell Echo what you have in your fridge or pantry and it’ll suggest options for you.

If you want to try cooking with Google Home, the new feature is rolling out this week.