If you’re in the market for a budget phone that doesn’t compromise, the Blade Max 3 is a great option.

If you’re looking for a powerful smartphone that won’t break the bank, you could do worse than ZTE’s Blade series. The Shenzhen, China-based smartphone maker’s budget-minded smartphone line has incrementally improved with each new release, and the newest entry, the Blade Max 3, is no exception.

The Blade Max 3, a spiritual successor to last year’s Imperial Max, sticks to the curved, ergonomic design language of its predecessors. It sports a 6-inch Full HD screen  (1,920 x 1,080 pixels) with 2.5D Gorilla Glass shielding, and a 2 GHz quad-core Qualcomm Snapdragon 625 processor paired with 2GB of RAM under the hood. There’s 16GB of onboard storage (expandable via MicroSD slot), and a 4,000mAh battery that ZTE said should deliver up to 40 hours of talk time and 31 days on standby.

The Blade Max 3 doesn’t skimp in other areas. Dual rear cameras — a 13MP primary sensor and a 2MP companion camera that captures color data — can take pics in all lighting conditions, and a 5MP front camera handles selfies. And uniquely, the Blade Max 3 features a digital-to-audio (DAC) converter, which ZTE says will ensure a high-quality headphone experience. 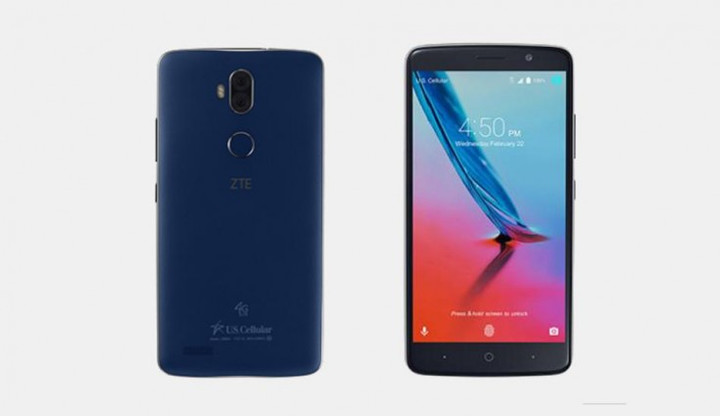 In terms of sensors and ports, the Blade Max 3 is outfitted as well as any other smartphone in its price range. You’ll find a fingerprint sensor and USB Type-C port, plus a 3.5mm audio jack. Bluetooth 4.2, GPS, a light sensor, a proximity sensor, a gyroscope, an accelerometer, and a compass round out the hardware.

Perhaps the Blade Max 3’s only downside is its software. Oddly, it runs Android 6.0 Marshmallow, a version behind Android 7.0 Nougat, the newest. Making matters worse, it’s unclear if it’s going to be updated anytime soon.

Nevertheless, the Blade Max 3 isn’t much of a compromise. It costs $200 in full for new and existing U.S. Cellular subscribers, or $12.50 a month for 24 months on an installment plan. That may not be as cheap as ZTE’s new Max XL ($130), but you’d be hard pressed to find a high-definition screen, large battery, and DAC for less.

ZTE is hoping U.S. Cellular customers agree. It’s angling to rank among the world’s top three smartphone makers by 2020, and it’s well on its way. Last year, the company joined the ranks of the top six global smartphone manufacturers, coming in fourth in North America with 3.5 percent of the country’s market share. And this year, ZTE is projecting it will rank first in 4G global shipments and increase its market share “in both wireless and wired markets.”

Read more from News
← How to customize the Galaxy S8 navigation bar and home button
Close to the Metal Ep. 40: The Optane Difference →