‘Persona 5’ took me back to Tokyo

Two years ago I took my first trip to Tokyo. The city exceeded my wildest expectations, an addictive blend of ramen, neon nightlife and tranquil parks. I spent a fortnight exploring the place, absorbing every street, shrine and video game store that wandered into my peripheral vision. It was a glorious adventure, and I would give anything to go back there.

Tokyo, however, is an expensive place to visit, especially if you live on the other side of the world. Lacking the funds to make a return trip, I’ve turned to video games as a substitute. The World Ends With You, Jet Set Radio and the Yakuza series all do an excellent job of imitating the city I fell in love with. None of them come close, however, to Persona 5, the latest in Atlus’ long-running JRPG franchise. The game delivers a phenomenal representation of Tokyo, capturing its sights and sounds with pinpoint precision. For more than 50 hours I’ve strolled through its pixel-perfect neighborhoods, hanging out in karaoke bars, bombastic arcades and relaxing bathhouses. For me, it’s virtual tourism at its best. 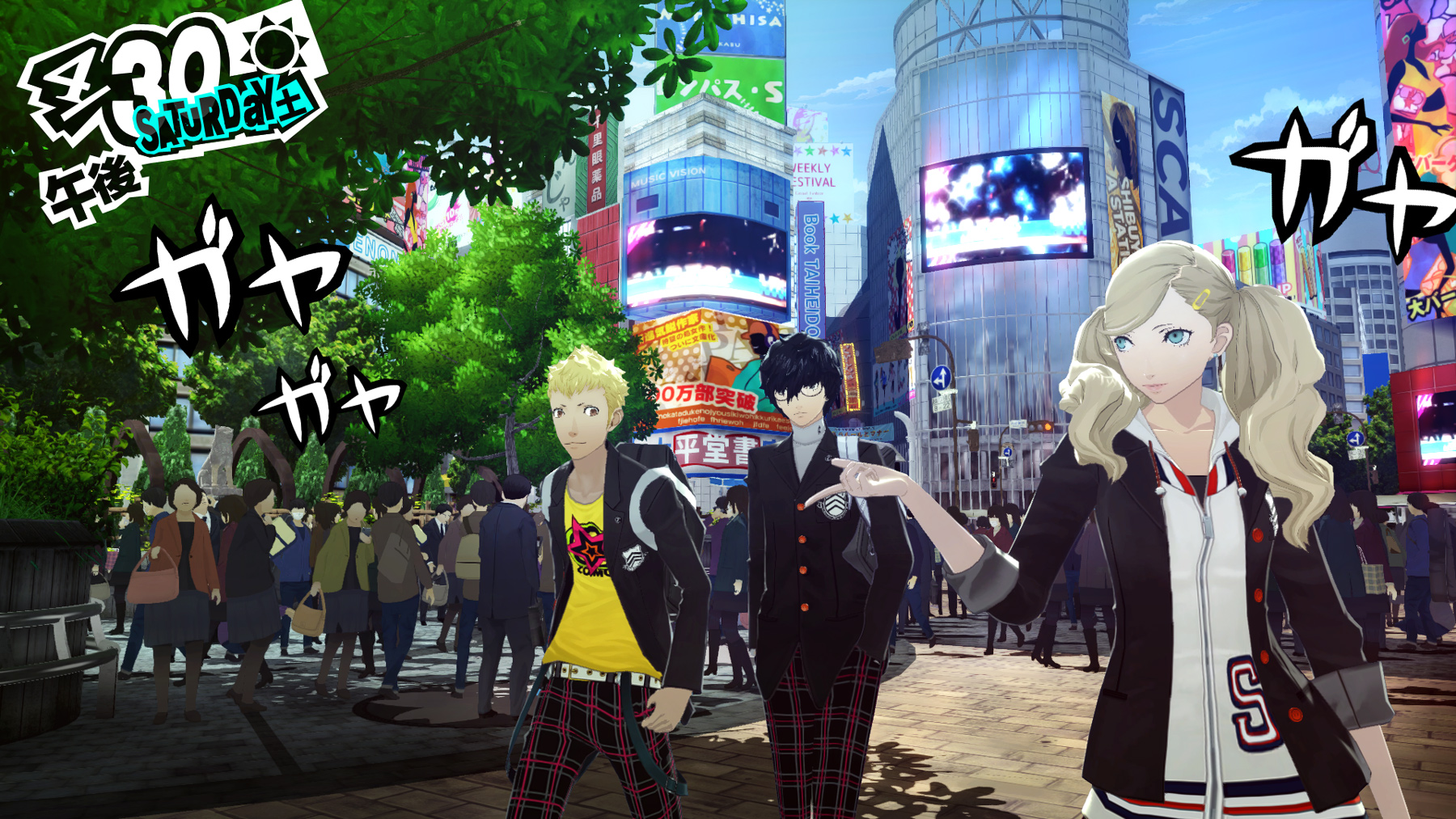 The Persona series has tackled Japan before. Persona 3 was set in a city called Iwatodai while Persona 4 unfolded in the rural town of Inaba. While both locales are fictional, they’re clearly based on real-world places. It meant the team could portray Japan and its culture, from architecture to social norms, without worrying about geographical accuracy. With Persona 5, however, Atlus has embraced the challenge of recreating Tokyo in a way that is both authentic and enjoyable to play through.

Like so many anime TV shows, you play the game as a high school transfer student. The character, like you, is new to the area and doesn’t have any friends. You live above a coffee shop in “Yongenjaya,” a small neighborhood just west of Shibuya, and slowly discover new places through story missions and exploration. As soon as the school bell rings, you can head to Shibuya and walk up to the iconic Hachiko statue, or dive into a 7-Eleven store (the branding is ever so slightly different) and pick up some supplies. The choice is yours.

Persona 5’s Tokyo is comprised of small, isolated hubs. Walk down a back alley and you’ll soon find a dead-end or an on-screen prompt asking you to fast-travel someplace else. It’s a brave design choice given the industry’s trend towards large, seamless open worlds. In Grand Theft Auto V, Watch Dogs 2 and Infamous Second Son, you can run around for hours and never encounter a loading screen. At first glance, Persona 5 seems primitive by comparison.

The game uses its smaller scale as a strength rather than a weakness, however. Each location is a vibrant postcard packed with color and detail. “Yongenjaya” is based on Sangenjaya, and if you head there in real life you’ll find the same cafes, bathhouses and batting cages portrayed in the game. The fences, the awnings, the signage, it’s all perfect. Persona 5 does take some creative liberties, condensing and eradicating huge parts of the city to keep the game world compact. But what it does decide to show is packed with style and cultural insight. It’s like walking into a cell of your favorite anime.

I couldn’t help but grin because I had stood in that exact spot two years earlier.

At one point, the game’s heroes gather in a walkway inside Shibuya station. As they lean against a railing and plot their next heist as the ‘Phantom Thieves,’ you can see the iconic ‘Scramble’ crossing through a window behind them. I couldn’t help but grin because I had stood in that exact spot two years earlier. I remember peering through the glass and shooting pictures with my camera, wondering if I could take a selfie at ground level as throngs of people crossed the road around me. Other famous Tokyo spots, like Inokashira Park, Odaiba and Akihabara all conjure up a similar sense of deja vu. 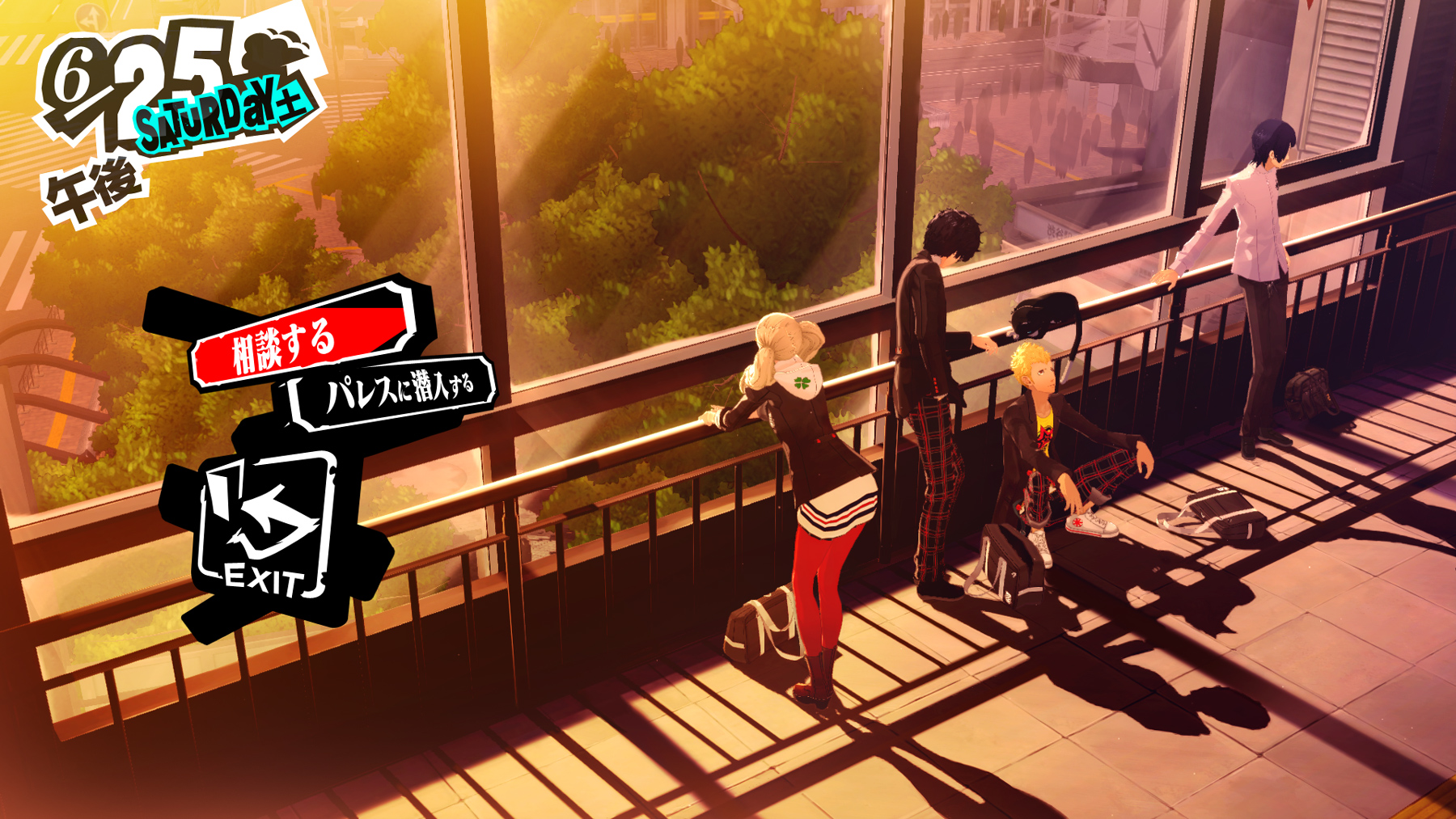 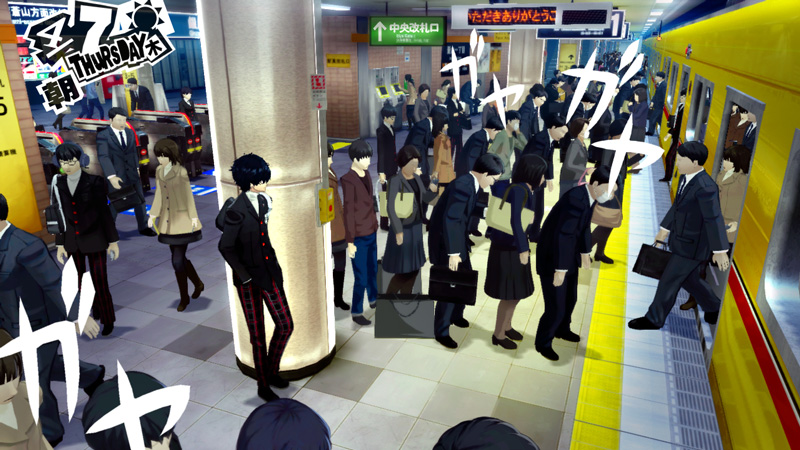 Taking the Ginza Line to school.

Persona 5’s small, connected hub structure is advantageous because it forces you to imagine the spaces in between. Walk to the end of the road outside your school, for example, and a pop-up will appear for the nearest train station. Confirm and the main character will take out his phone, showing a map with potential destinations. You can see the train lines that connect each neighborhood, understand their proximity and then visualize the journey as the game loads your next area.

Your mind wanders, creating perfection where a traditional open world might falter.

From a technical standpoint, Persona 5 is pretty average. The game is one of the last to come out on both the PlayStation 3 and PlayStation 4, and it shows. On polygon count alone, it doesn’t compare with the likes of Final Fantasy XV or Horizon Zero Dawn. The environments and character models are less detailed, requiring a strange cacophony of visual styles for cutscenes. Some are presented in-engine, with large anime faces next to each dialog box at the bottom of the screen. Others are presented in full CG, while a few are shown as traditional 2D animation.

These limitations are forgivable, however, because Persona 5 has near-flawless art direction and UI design. Walk into a store for airsoft guns, for instance, and you’ll be greeted with a bright, kinetic set of menus that perfectly match Tokyo’s neon color palette.

It’s more interesting and expressive, I would argue, than watching two character models awkwardly exchange money, or wondering why a huge item has suddenly disappeared after purchase. The developers have made smart, stylistic choices elsewhere, too. Board the subway and you’ll notice that none of your fellow commuters have faces — that’s because they’re supposed to be mindless drones, adhering to society while you act as a rebellious hero in the shadows.

Persona 5, like previous entries, has a stellar soundtrack, too. Led by Japanese composer and musician Shoji Meguro, it’s an upbeat, jazz-infused collection that matches the rebellious swagger of the main cast. All of the game’s heroes have been abandoned, manipulated or misunderstood by older members of society. The hero has a criminal record (of course, he’s actually innocent) and spends much of the game with his head down, trying not to draw attention to himself. He’s a curiosity, one that classmates love to gossip and whisper about at school.

I’m no lawbreaker, but in Japan I often felt like a bit of an oddity.

I can relate, to a degree. I’m no lawbreaker, but in Japan I often felt like a bit of an oddity. A no doubt confused-looking Westerner bumbling his way through the country’s culture and traditions. (It probably didn’t help that I can barely speak Japanese.) That sense of being an outsider, a lost soul in an overwhelming city, permeates Persona 5 and its vibrant, youthful score. When I dash out of class and ‘Tokyo Emergency’ plays in the background — one of many tunes that signalize downtime in the game — I always feel like an upstart, ready to take advantage of Tokyo’s sights and sounds. 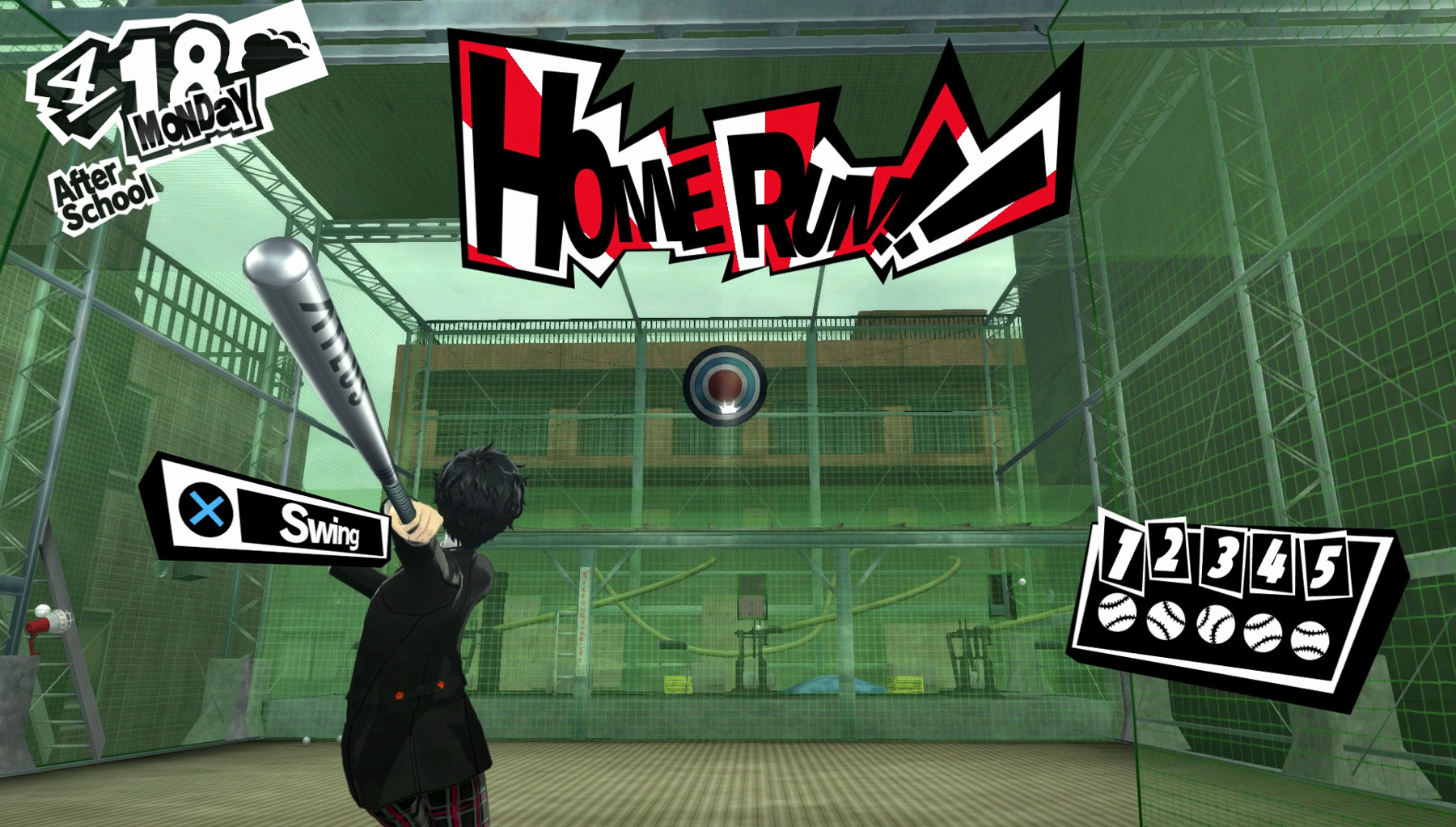 Thirty hours into the game, I smile once more. I’m stood at the precipice of Harajuku, watching trendsetters pick their way through various boutique fashion stores. Ann, a friend and fellow ‘Phantom Thief,’ asks if we can people-watch for a bit. It’s a small moment, but one that triggers another wave of nostalgia. I remember walking down that boulevard myself, and stopping off in a cafe just to watch the world roll by. I’ve never cared for fashion, but I was intrigued by the culture, just like Ann. In the game, we talk for a few minutes, discussing our hopes and dreams before parting company and heading home.

Once again, I feel like Atlus has nailed the essence of Tokyo and what it must be like to grow up there as a troubled youth. It’s not a perfect representation, but that’s a good thing. The developers have focused on the places and social activities that matter — the ones I remember with fondness from my own vacation in Tokyo. I don’t know when I’ll next be able to travel to Japan, but until then, I’ll always have Persona 5.