Your school can now make better use of its low-end PCs and Macs while still integrating more closely with Office 365.

Google’s Chrome OS has made some headway in the educational market for a few important reasons. First, it’s a relatively low-cost platform, both in its upfront purchase costs and in terms of managing how students use PCs. Second, it’s easy for students and teachers to get into and start using.

One weakness of Chrome OS, however, is that it doesn’t provide the best integration with Microsoft’s productivity solutions. If that’s important to a school, then Neverware’s newest CloudReady version should be of some interest, as Engadget reports.

Neverware’s CloudReady is a solution that basically installs Chrome OS on the otherwise obsolete PCs and Macs that an organization might have sitting around collecting dust. It’s a way of stretching the life span of older machines, while gaining the management and training benefits of Chromebooks without making new investments. Now, Neverware has created a new Office 365 version that more closely ties in with Microsoft’s offering. 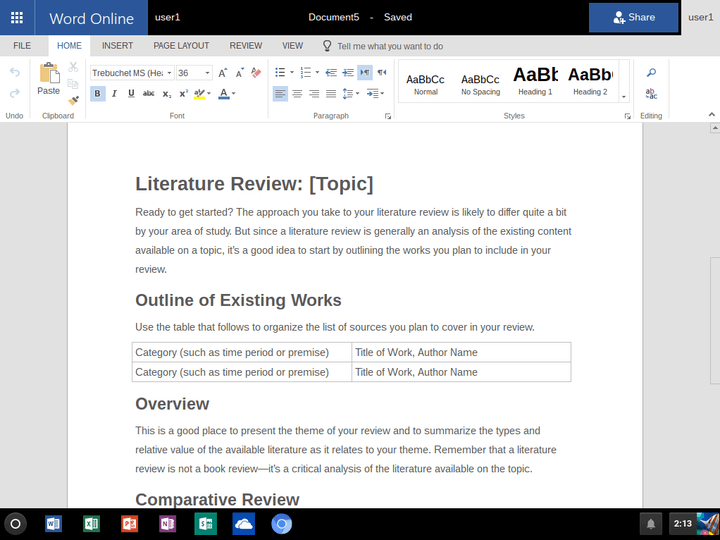 The CloudReady: Office 365 Education Edition offers “out-of-the-box integrations” with OneDrive, rather than Google’s Drive cloud storage solution, as well as with the online web versions of Word, Excel, PowerPoint, and OneNote. Those same apps will work with the generic version of Chrome OS, of course, but Neverware’s implementation promises tighter integration with Microsoft’s offerings.

With a list of more than 200 supported laptops and desktops that are common to educational environments, it’s likely that a school can make use of Neverware’s CloudReady solution. And for any school that has a handful of old machines that don’t perform well when running Windows or MacOS, and that wants the ease of management the Chrome OS provides, it’s no longer necessary to give up solid Office 365 support.

Read more from News
← Save $30 when you buy 2 Google Homes from Verizon
Brain.fm helps you focus, relax, and sleep: A lifetime subscription is now $50 →