There are two main ways that people use Google: To look up subjects and topics, or to look up images. The third way people use it, is to look up images they’ve already found in an attempt to find out where that image originated from. This is known as a reverse image search.

More: How to save text messages on Android and iOS

All three uses are relatively straightforward and easy to do on a Mac or PC. The first two are easy to do on a smartphone as well, but performing a reverse image search on your phone may not be common knowledge. Below, we look at how to search for images on Android and iOS devices using the Google search engine, before breaking down the multiple ways you can perform a reverse image search on the same mobile platforms. Don’t worry, it isn’t difficult; the method you choose is really just a matter of personal preference.

Performing a Google image search in Android and iOS

The fastest and most convenient way to perform a Google image search on your mobile device is basically the same as doing it on your PC or Mac:

Most mobile browsers — such as Safari and Google Chrome — launch in a new tab, or on a startup page that’s equipped with a search bar.
Provided you’ve set Google as your default search engine, you can search for your image directly from the start page. Alternatively, go to images.google.com and start your image search there.
This should take you to Google’s search results. Once there, tap Images at the top to view only photos. Once you find your image, select it, and tap the three vertical dots to open a larger version of said image.
Press and hold your finger on the image and you’ll be given the option to save it.

Performing a reverse image search in Android and iOS

You have a few more options if you want to perform a reverse image search, regardless of which mobile platform you’re using. You can use Google Chrome, ctrlq.org, or one of many apps that can be found in the Google Play Store or Apple’s App Store.

Open the Chrome browser in either Android or iOS.
Find the image you want to reverse search, then press and hold your finger on the image.
A menu should appear. Tap Search Google For This Image. 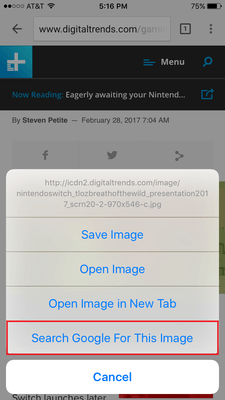 In your mobile browser of choice, navigate to ctrlq.org/google/images/.
Tap the Upload Picture box. From here, you can choose to take a picture using your device’s camera, or pick an image from your device’s photo library.
Once a picture is uploaded, tap Show Matches, and Google will show you every webpage that has an image similar to the one you uploaded. 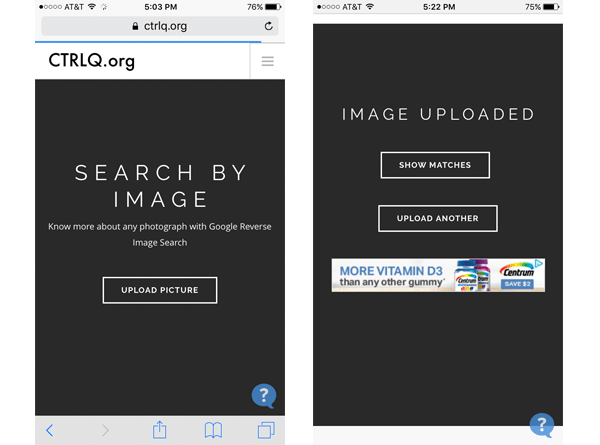 There are dozens of apps that will allow you to perform a reverse image search in Android and iOS, all of which can spare you from having to open your browser every time you want to look up a picture. Here are a couple for both platforms that we recommend looking into. 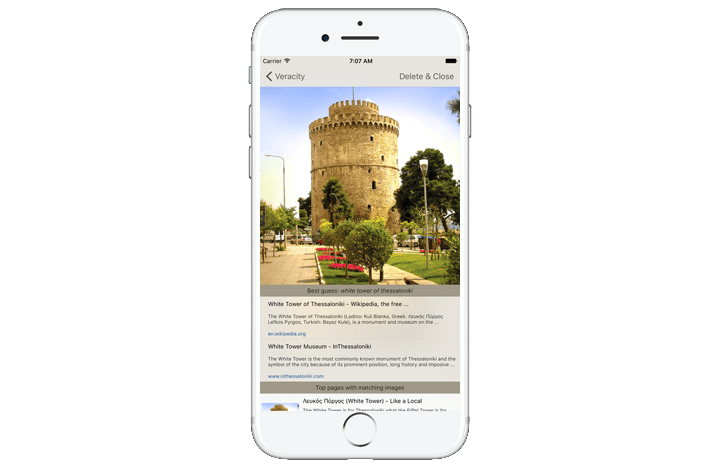 Veracity will use an image from your camera roll, photo library, or a storage service like Dropbox, and tell you everything it can about the subject, as well as where on the internet similar images can be found. If you’re coming back from vacation in Paris and want to learn a little more about the Eiffel Tower, for example, simply upload a photo of it to Veracity. The app will come back with links to various places where you can read more about it, and links to other webpages containing the Eiffel Tower. 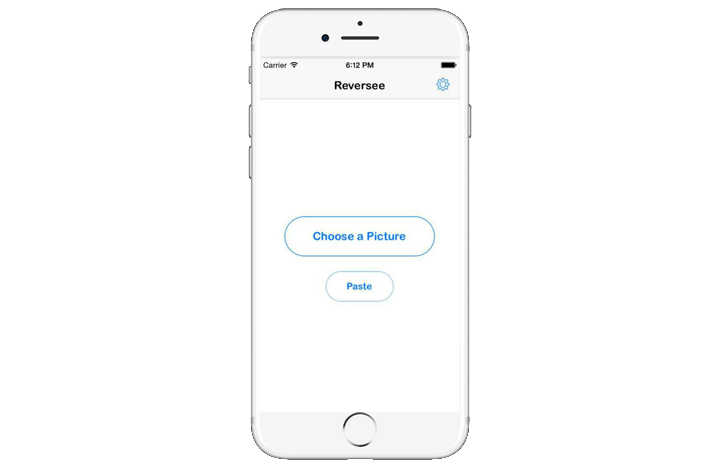 Reversee is an app that lets you edit images before using them to search Google for similar images. You can crop, rotate, and change the resolution of the uploaded image, in hopes of getting different results. Search results can be opened in various ways, be it in Safari or Chrome, and you can even add them to your Reading List or send them as an email. Images can be saved directly to the app, which can also work in conjunction with other apps. The pro version comes with a host of additional features, allowing you to automatically crop images, search multiple engines, and gather detailed info about the images that appear in your results. 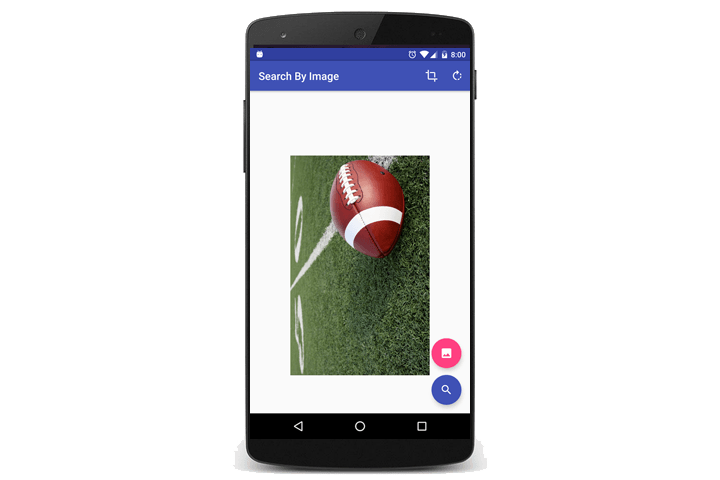 Like Reversee, the apt-titled Search By Image app for Android lets you make simple edits to your images before using them for search purposes. It has every feature you would want in a reverse image search app, but it takes things one step further by also informing you if an image that appears in the search results is fake, has been altered, and how new the image is. Search By Image can also perform a search using part of an image, which can be particularly useful when using larger images, such as collages or pages from a comic or manga. 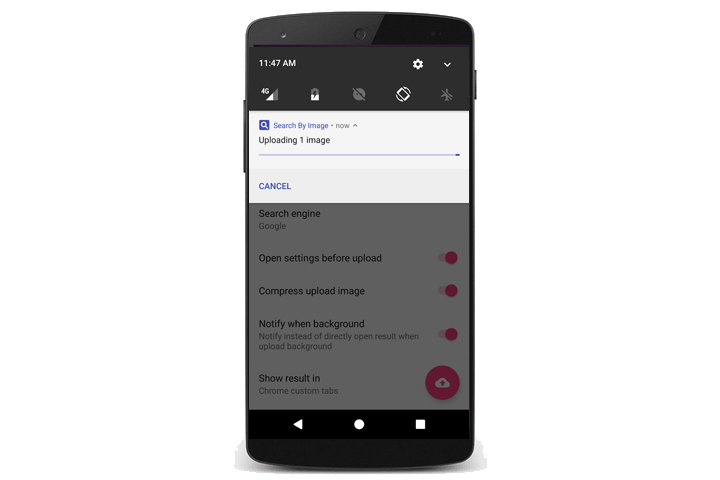 Image Search is a simple and straightforward app that allows you to upload the images to Google’s search engine, or a custom one. You can crop your images before using them, upload multiple images simultaneously, and share images from others apps. Previous updates to the app have improved the user interface and added new feature, such as the ability to upload images in the background and receive a notification when an upload has finished. It’s perfect for those that tend to multitask on their phone.