The Huawei Watch 2 has the tech that lets you ditch your phone, but loses the swish suitable-for-all style of the original

The Huawei Watch was a breath of fresh air when it was released. Not only was it easily the most stylish Android Wear watch (and some may some smartwatch in general) out at the time, but it was also styled so it was suitable for all wrist sizes. Over time, Huawei enhanced the range with straps that appealed to both men and women, increasing its pull and making it stand apart from the competition. All this makes the sequel highly anticipated, because the wearable industry — despite the prompting from Huawei — hasn’t changed much, and is still driven by a masculine style.

More: Our first take of the Huawei P10

Unfortunately, Huawei may have led the pack in that respect before, but with the Huawei Watch 2, it has joined makers in producing larger, tougher-looking smartwatches. There are two versions, the Huawei Watch 2 Classic, and the Watch 2 Sport, and the pair differ greatly in style and functionality. However, neither are for the daintily wristed. The IP68 water-resistant body measures 45mm, up from the 42mm on the original. It may not sound much, but it makes a big difference when that device in on your wrist.

The body may be larger, but the screen is smaller. An odd decision, but Huawei has shrunk the 1.4-inch screen down to 1.2-inches for the Watch 2. It notices too. It doesn’t look bizarre, but it’s obvious there’s a lot more body around the screen than before. The Watch 2 is very lightweight, and both versions are comfortable to wear, with the Classic being the standout in this respect. The reason is its strap, which is made from leather with a silicone layer next to your skin. We’ve tried something like this on the Apple Watch (Native Union uses the same technique for their leather band), and it effectively reduces sweat and discomfort during exercise, while maintain an all-business look.

While the stainless steel Watch 2 Classic wins the prize in the looks department, it doesn’t in the features department. Huawei has thrown everything at the Watch 2 Sport, which has a ceramic bezel, and silicone straps in either black, green, or incredibly bright orange. The reason for the ceramic case is due to the 4G LTE support. That’s right, the Watch 2 Sport works as a standalone device, so you can leave your phone at home without losing contact with the world. The antenna array includes a special double version for 4G, plus GPS, Bluetooth, and Wi-Fi. It has a noise reducing microphone and a speaker, ready for calls. 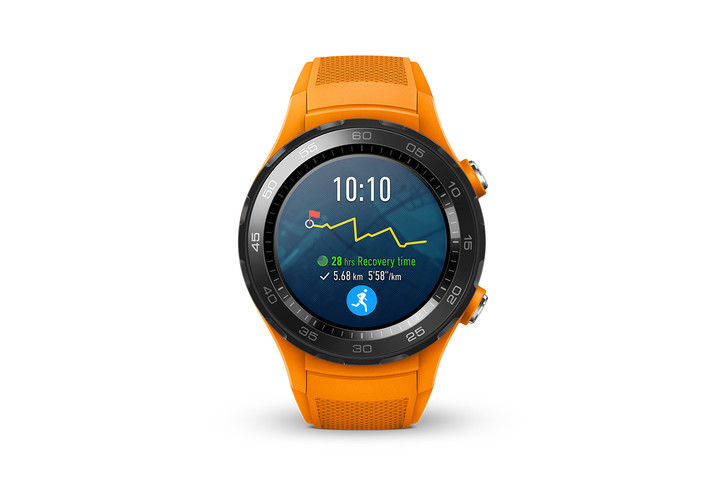 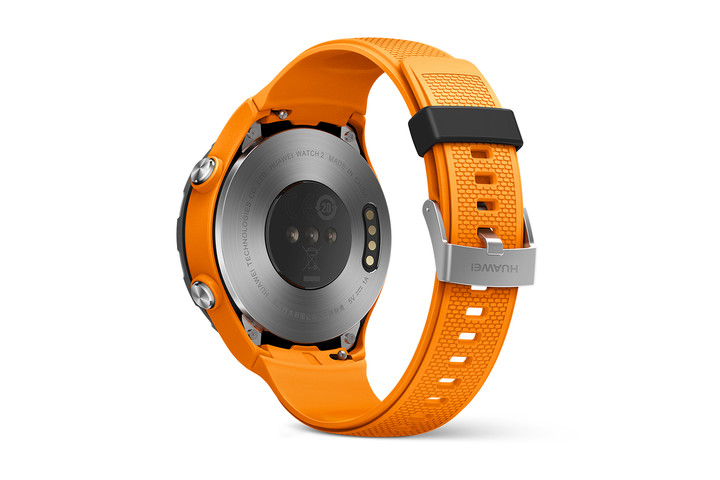 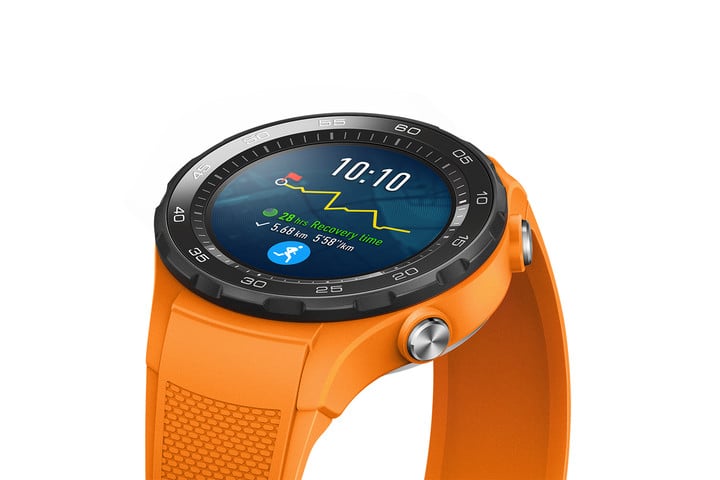 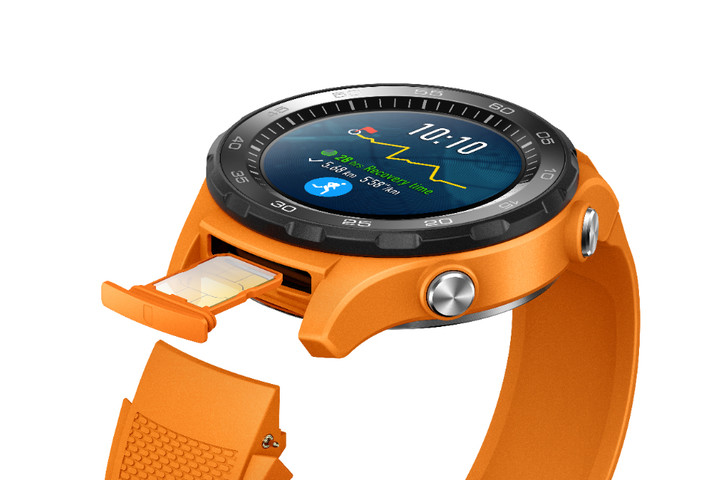 Android Wear 2.0 is installed on the Watch 2, which along with the interface and feature improvements, also adds a dedicated app store, Google Assistant, and Android Pay. The Watch 2 Classic and Sport both have large bezels, and it cries out to be twisted and turned to scroll through the revised Android Wear 2.0 menus, like you would on the Samsung Gear S2 and Gear S3. However, the Watch 2 is a touchscreen only device. A Snapdragon chipset drives the Watch 2 models, and there’s 2GB of internal memory space for your music.

This is an important part of Huawei’s fitness focus with the Watch 2 Sport. Load your music, and it’s another job taken away from your phone. The Watch 2 has special software for fitness fans, including workout plans and guidance. This includes feedback from the heart rate sensor in real-time, plus data on steps, calorie burn, step frequency, speed, your VO2 Max, and even estimated recovery times post-workout.

If the thought of 4G LTE, GPS, and a heart rate monitor on a smartwatch makes you fear for the battery, don’t worry too much. Huawei says the 4G Watch 2 Sport will give two days use from the battery, or three days for the Classic. Use the 4G version with the heart rate monitor and GPS active continuously, and it’ll still return an estimated 11 hours. There’s even a power-saving mode that turns off all the smart features to show only the time and a step count, which extends the battery life to 26 days.

There’s even a power-saving mode that turns off all the smart features.

Now we come to availability. Huawei will only sell the Watch 2 Classic in the U.S., but hasn’t revealed the price at the time of writing. We don’t know yet whether the Watch 2 Sport will only be sold in China, the U.K., or parts of Europe. It’s a shame. The Watch 2 Sport is definitely the more interesting of the two watches, despite the inevitably high price it’s sure to have. The Watch 2 Classic is a great showcase for the vastly improved Android Wear 2.0 platform, but the style may not give it the wide appeal of the original Huawei Watch. We’ll update you here when more information is available regarding price and release dates.

Read more from News
← 5 songs you need to stream this week: Ride, The Lemon Twigs, and more
Microsoft bolsters global fight against cybercrime with new facility in Mexico →