Best Android apps for your Chromebook 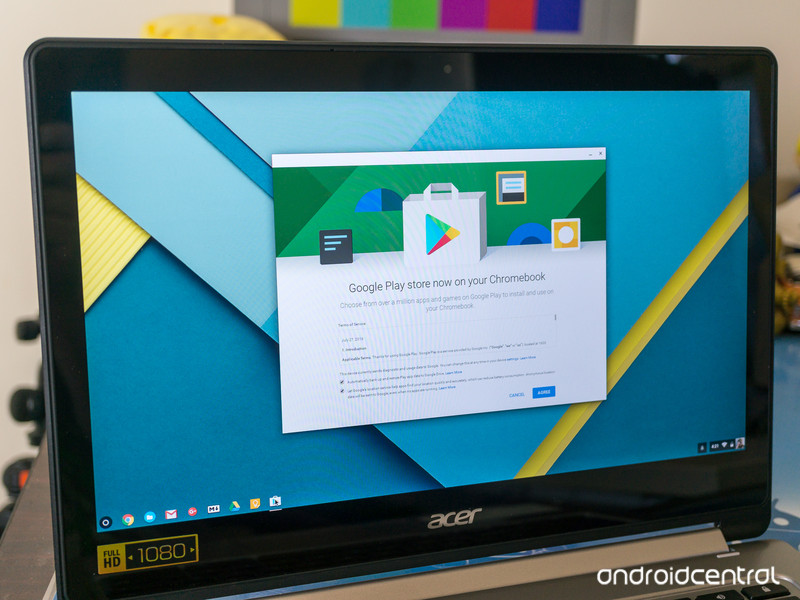 An injection of over 1,000,000 Android apps does a great job filling in the holes in Chrome.

A few Chromebooks already have Android apps through Google Play. More are scheduled to get them, and most new Chromebooks will ship with the Play store working from day one. Android app support has also been announced for several Chromeboxes and the Chromebit. It’s a slow process, but it is happening.

Android apps will change how you use your Chromebook. They have already changed things like how much storage is enough or how useful a touchscreen is on a small laptop. They fill a void that many people needed to be filled before they would purchase a Chromebook because they needed support for a particular app or just wanted a bigger selection. Android apps also help when developers who have a Chrome app aren’t offering all the features with it and the Android app has them. They’ll also expose more people to Chrome OS which will make native Chrome apps even better because developers need to pay more attention to it. Android apps on Chrome are good no matter how you look at it.

Of course, some apps fill that void better than others. Here is the best of the best when it comes to Android apps for your Chromebook.

You might not use Slack, but you probably should be. It’s a cross-platform service where you can chat with friends or co-workers with necessary features like private chats (including private group chats) and voice/video calls. You can even program bots for your channel(s). We use it here at Mobile Nations as our primary way to communicate.

And the Android version of the Slack App is great! It’s far better than the native Chrome offering and runs flawlessly in its own resizable window on your desktop. It’s also integrated perfectly and notifications come in the same way all your Chrome notifications do. Slack is the first icon I click when I open the lid on my Chromebook.

There are ways to manage your podcast feeds via the web or through Chrome, but none of them are half as good as Pocketcasts.

Pocketcasts is one of the best ways to download and listen to the latest episodes from all of your podcasts on Android, and it works the same way on your Chromebook. You can let your list play in the background while you’re doing anything else, and a click in the notification tray brings up media controls if you need to skip ahead or backward. It’s also a good bit cheaper than the web version, though it’s worth just as much.

Now that you can use the Unclouded app for Android you have a way to access all your stuff in the cloud.

Chromebooks work really well with Google Drive. With a fast connection, it’s just like working in an office where folders are on a central server but integrated into your files, too. If you use Google Drive for all your stuff you’re set. But most of us use other services, too. Unclouded will put Google Drive, Dropbox, OneDrive, Box and Mega into its file explorer and you can open, download, upload and whatever just like you were working on a PC with an app from the company.

Just be careful you don’t download everything if you have a Chromebook with limited storage.

You can sync with other devices running Firefox, have the same privacy settings that you have on any other version of Firefox and can use the same extensions across every installation. You can Run the Android version of Firefox full-screen and set things to always serve the desktop page instead of mobile.

Microsoft may be struggling in mobile, but they rule the roost when it comes to the basic productivity tools we call an office suite.

Google Docs works great for most people. But Microsoft’s offerings for Android do, too. You can install Word, Powerpoint, and Excel for Android on your Chromebook and get the same app you would have on a full-sized Android tablet. Which means they are pretty darn good. In fact, it’s better using them on your Chromebook because you have a keyboard every time you open them. They still backup your documents to the cloud so your files are available from anywhere, and they’re hundreds of dollars less than the versions for Windows or Mac — free.

Almost every app in Google Play will run on a Chromebook that has the Play store enabled. Be sure to tell everyone what apps you’re using on your Chromebook that fill your app gap so we all can check them out!