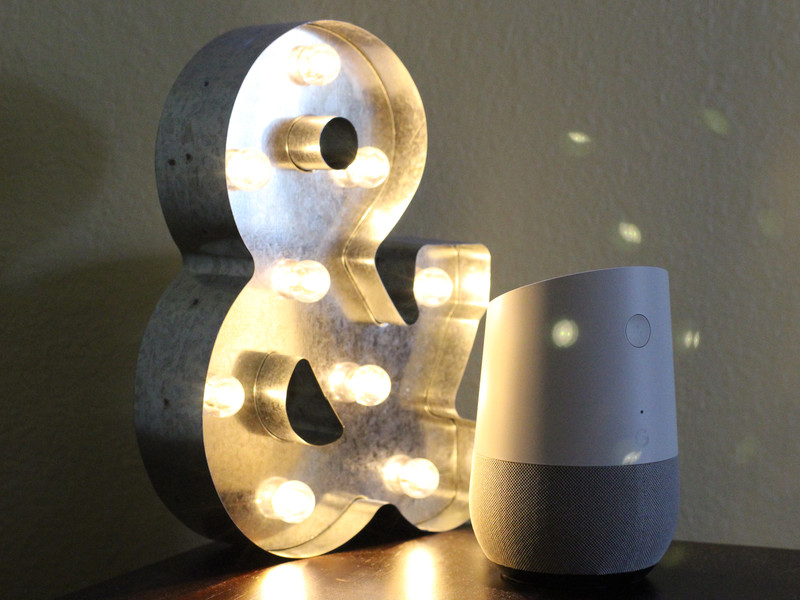 The easiest way to high-tech your home.

I have a new roommate, but it doesn’t pay rent. Its name is Google Home and it puts Google Assistant in my home so that I can have access to it even when my phone isn’t nearby.

I’ve had Google Home for about a month now and every time I use it, I’m reminded why it was worth adopting in the first place. It’s easy to set up, convenient, and some of the tricks it does are worthy party fodder. And since it’s available during a holiday season, you might be wondering if it’s even worth gifting to a friend or family member. Here’s what I’m using it for, which are all great examples of why you’d want something like this at home.

It can keep you informed

I don’t commute much anymore, so I don’t have as much time to devote to Twitter and reading through RSS feeds and news apps. Instead, I listen to a briefing of the day’s news as I clean the kitchen and prep the downstairs for bedtime. I simply say, “OK Google, what’s the news today?” and it starts playing through a playlist of the latest news podcasts, rather the ones that were recorded in the morning. It’s so much easier than curating my own.

The best part of the feature is that you can edit where the news comes from, too. For instance, I don’t typically have an interest in the sports scores, so I eliminated any sports-centric outlets from being queued up in the playlist. That’s all doable from the Settings panel in the Home app on your phone!

It’s easier than using your phone

This is the generation of convenience, isn’t it? Google Home is perfect for that. You can command it to do things you’d normally do with your phone, like send a text message, add an item to an ongoing shopping list, or call an Uber.

You can use it watch TV, as it accepts commands for Chromecast (or Android TV) and its compatible apps, including Netflix and HBO Go. If you’re having a bad morning, you can even ask Home what the traffic is like on the way to work, especially if it’s one of those mornings where turning your phone on and unlocking it is too much of an endeavor. We all have those days.

You can program it 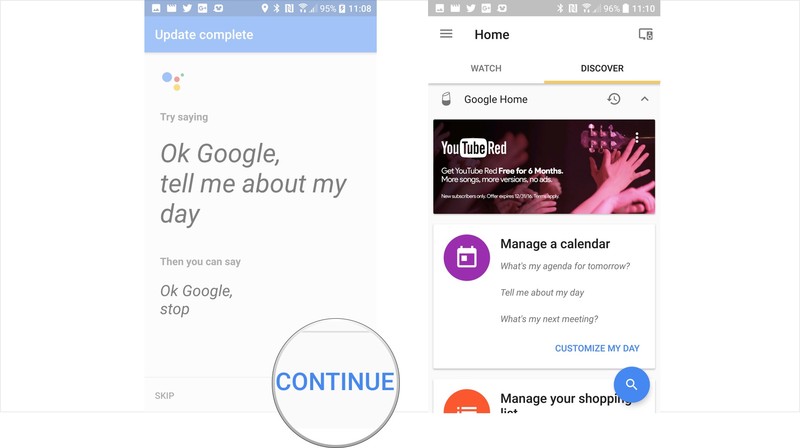 Here’s a neat party trick: rather than set up your smartphone as the mixtape supplying the tunes, you can ask Google Home to “start a party.”

What that does is entirely programmable with the aid of apps like IFTTT and Home’s integration with smart devices like the Philips Hue smart bulbs. Home also works in tandem with the Chromecast. If it’s hooked up to the living room TV, for example, you ask it to fire up Netflix with the show or movie of your choice.

If you’re looking for more inspiration, we’ve compiled a complete list of all the gadgets and services that work with Google Home. With a little work, you can have Home running the whole show.

It can keep you company

Sometimes, when the house is too quiet, I ask Google Home a question, just to hear a reply. It’s a nice break from the monotony of the work-from-home day, and if it’s just me and the cat at home, it’s a good way to take a break and invite some sound back into the room.

My favorite way of interacting with it is to start off by asking it, “Hey Google, tell me about my day” to get a readout of what’s coming up. A simple “It’s a new day!” also sets off an IFTTT formula I made that dictates my daily mantras to me. I’ve actually programmed quite a few so that others in my house can ask it for positive reinforcement, too. 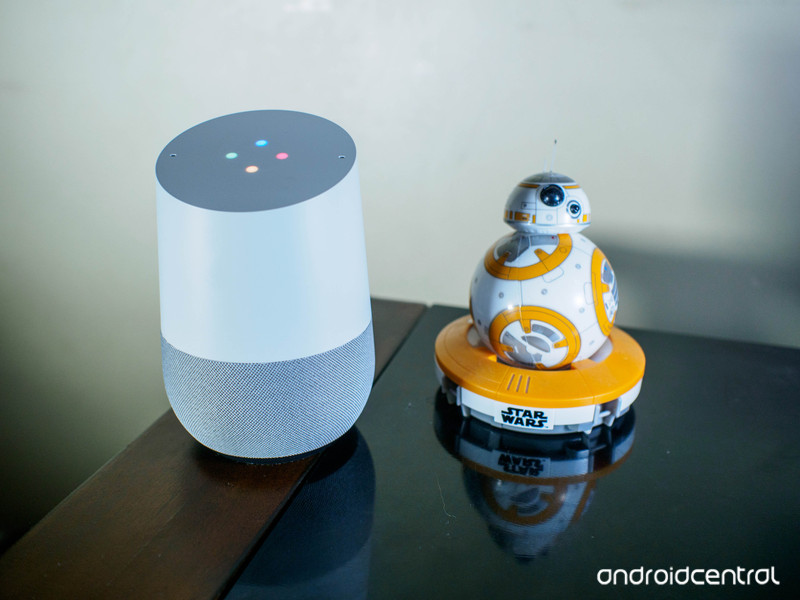 Google Home might seem like it’s still figuring itself out through its nascent stage — and that’s true! The device has only been out for a month and a half, so it’s still got time to catch on. But the news of Android Things and Conversation Actions coming on the horizon should help convince you of its eventual usefulness.

It’s kind of like the Chromecast, if you think about — what started out as a relatively inexpensive entertainment dongle is now a sort of plug-in for uniting all the “not-so-smart” devices in your home. In that manner, Google Home is just a convenient way to get into the habit of using Assistant, and as its capabilities grow it’ll turn into a bigger part of your daily life.