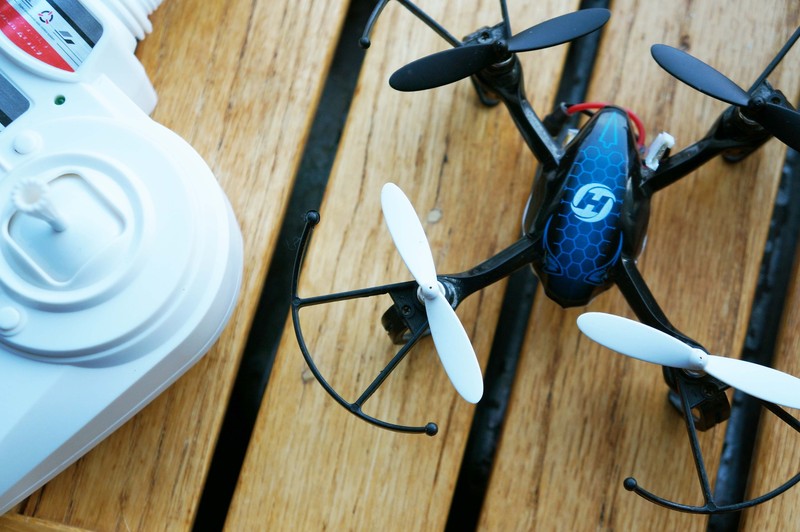 Fly these cool, affordable drones down the chimney on Christmas Day!

Drones are shaping up to be one of the hottest gifts this holiday season, and may have found their way onto the lists of some of the young ones you’ll be buying for.

Whether you’re buying a drone for a kid, or simply for someone who’s never owned a drone before, there’s a few considerations you want to keep in mind — cost, size, range and durability. If you’re buying for a young one, you’ll definitely want to keep the first three down, but that will invariably also affect the drone’s durability as well. Crashing is part of the learning process, so we’ve highlighted some options that include built-in blade guards.

We’ve listed our favorites starting from the smallest and cheapest option — the perfect stocking stuffer — to more full-fledged camera drones, ideal for older kids interested in aerial videography or picking up drone racing as a new hobby. Note that these drones are all recommended for ages 14 and up.

Looking for more drones? Check out our article on the best drones under $300 or the best camera drones if price is no object. 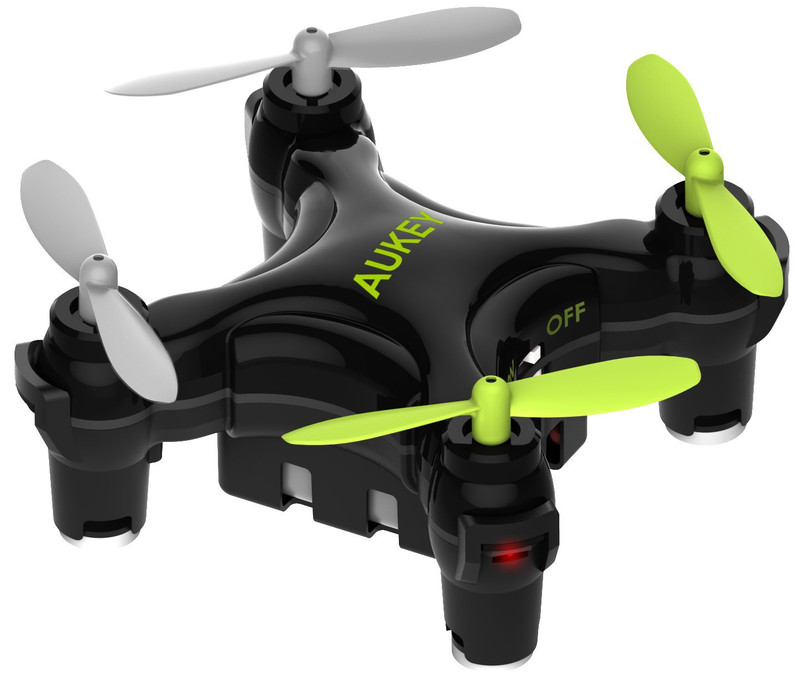 This pocket-sized drone is basically the definition of a kid drone at just under two inches across. It comes ready to fly out of the box, with a USB cable for charging and a kid-friendly controller that features a one-press button for take-off and landing. You’ll get five minutes of flight on a fully-charged battery, with just over 80 feet of range from the controller.

Perfect for flying indoors, this little drone makes a great gift not only for kids, but for anyone interested in having a little drone fun in their spare time. Learn the basics of flight on the Aukey Mini Drone, then move onto bigger and stronger drones once you’re confident in your piloting abilities. 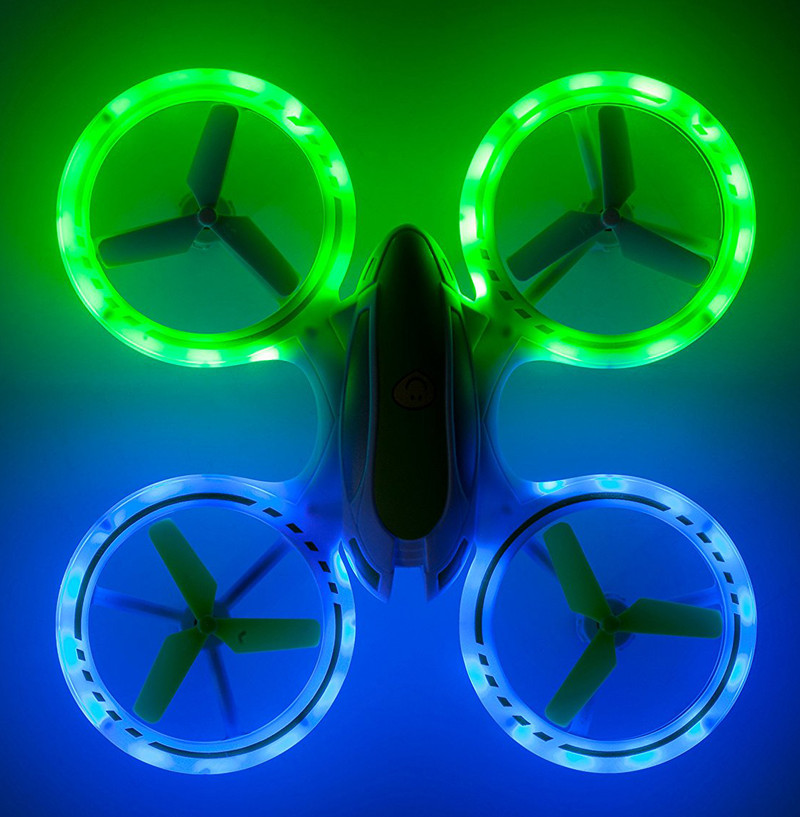 When you’re learning how to fly a drone, crashes will happen. The UFL 3000 LED Drone helps to mitigate that by keeping the blades fully protected. Your novice pilot can bump into walls and whatnot while they learn how to zip around on low and high speed modes, as well as perform flips with the simple press of a button.

Oh, and then there’s how cool this drone is, with its blue and green LEDs creating four brilliant rings of light, so your little drone pilot can practise flying even in the dark. Two batteries ship with this drone, with flight times averaging around seven minutes on a full charge. 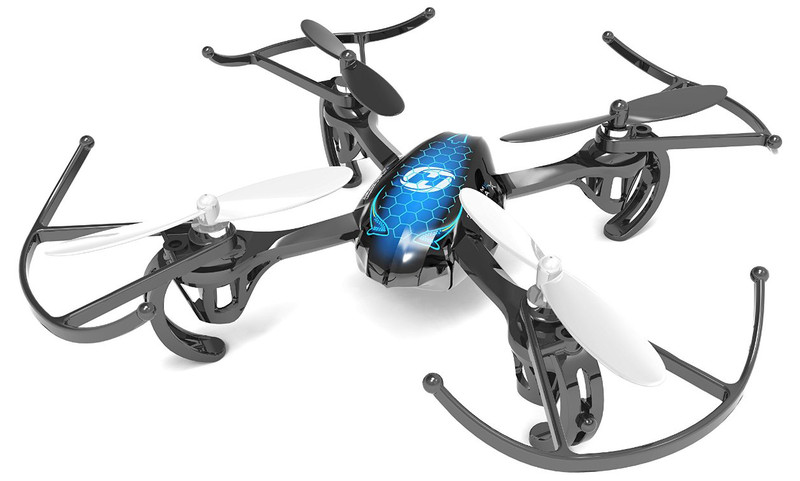 The Holy Stone Predator drone is a fun, palm-sized drone that’s pretty much good to fly right out of the box. It’s a great, affordable option for anyone looking to learn the basics of flying a drone. It features six-axis gyro stabilization and can be flown indoors or outside — though given its size, you’ll want to wait for a calm day with little to no wind.

The downside here is that you’ll only get about five minutes of flight time from a fully-charged battery, so we recommend picking up a few extras as well, since it’s easy to hot swap them out and only takes about 40 minutes to recharge. We’d also suggest getting a few extra props, too, since they’re so cheap and are the first thing to go flying and get lost or broken in a crash. 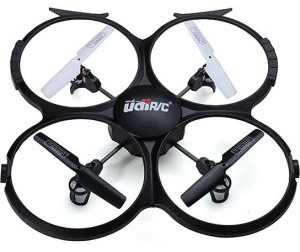 This is the first drone on our list that comes with a camera, which allows you to snap photos and videos conveniently with the included controller. Its price makes it an ideal starter drone for someone looking to eventually upgrade to bigger and better drones with better cameras.

This is another drone that provides good protection for the blades, which are typically the first thing to get damaged or lost in a crash. It’s very lightweight, so you’ll want to avoid using it outdoors on a windy day. It ships with a camera that shoots photos and videos in standard definition (640×480), with a 2GB microSD memory card included for storage. 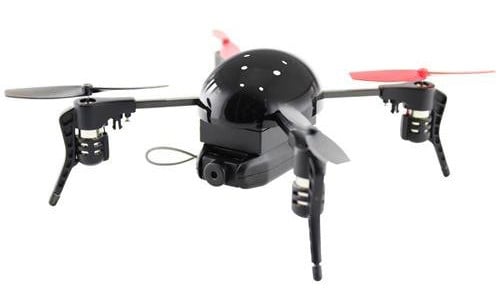 If you’re buying for an older kid who is really interested in taking up drone racing as a hobby, the Microdrone 3.0 is a great option, given everything that comes with it.

Included in the full set combo, now available from Amazon, you get the drone, a 2.4 GHz handset, propeller guards, four replacement blades, four blades for inverted flying, the Wi-Fi Camera module, a smartphone holder that attaches to the handset, as well as a VR headset that holds most smartphones for first-person view flight. Basically, it’s everything you need to dip your toes into the world of drone racing.

It’s a capable flyer with three control modes (slow, fast, and insane), as well as a toggle switch for stunt mode, which lets you perform impressive flips and rolls. The camera literally snaps on in a second thanks to proprietary magnets that also deliver power to the camera. Connect your phone to the camera’s Wi-Fi and control and record video through the Microdrone app.

Do you have a go-to drone that’s great for kids? Let us know in the comments below!