T-Mobile launches LTE for US forces at Guantanamo Bay

Despite President Obama’s first-term pledge to close it, the “Gitmo” Guantanamo Bay Naval Base remains open. It’s hard to believe, but the 5,500 military families and staff living there have never had cellular data coverage — until now. T-Mobile has expanded its 4G LTE coverage to the base by installing 11 new cell sites with LTE coverage. CEO John Legere says he’s “honored” to offer the service as part of the White House’s Joining Forces initiative.

Folks there have never been able to text or surf using cell data. “The new 4G LTE coverage is a huge boon to everyone at Naval Station Guantanamo Bay,” Captain David Culpepper told T-Mobile. John Legere and Co. reportedly took over from a small private company with “not very good” service, according to a Reddit commenter. “Lots of families on NAS Guantanamo here [and] connectivity is a pain … the facility is way more than just that [prison and camps], with lots of similar activities and things we get in the rest of the US,” says user “nps-ca.” 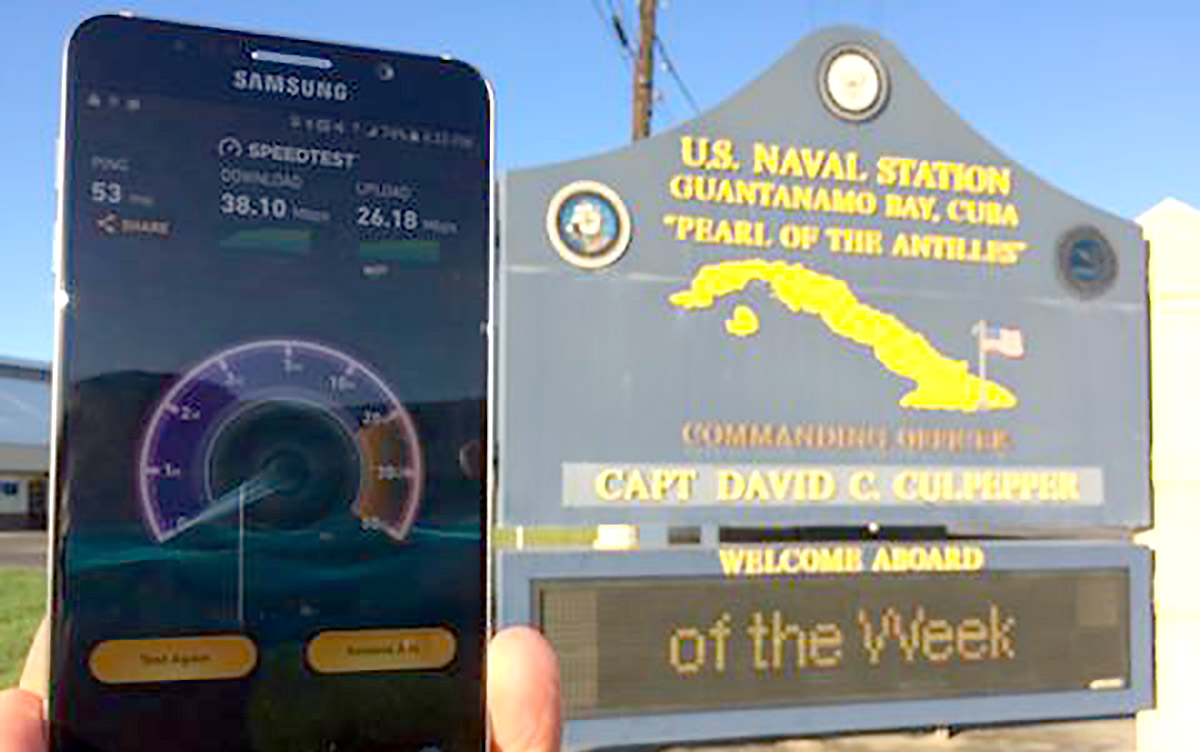 Gitmo residents get the same level of service as folks on the mainland, and a screenshot (above) shows healthy 38 Mbps upload and 26 Mbps download speeds. As of August, residents could buy postpaid and prepaid T-Mobile plans, along with smartphones and accessories, from a retail kiosk in the Navy Exchange store.