The Bad The Haiku lights aren’t as well-connected as some other options — there’s no SmartThings support, no IFTTT channel, and no integration with Apple HomeKit.

The Bottom Line Haiku’s high-fashion smart lights are priced like a luxury, but they look and act the part.

There are plenty of smart lighting options that you can control with an app or even with your voice, but you’ll find few perfect solutions for smartening up an all-in-one, built-in recessed fixture. In many cases, there might not be any bulb at all to swap out, and most smart switches won’t let you dim the lights.

Enter Haiku Home, the smart home division of Lexington Kentucky’s Big Ass Solutions (known best for its eponymous Big Ass Fans). In addition to smart ceiling fans, the brand offers high-end indoor/outdoor recessed lighting fixtures with connected smarts. Along with flipping the switch like normal, you can control them using the Haiku app, using the same remotes and smart switches that control Haiku fans, or by connecting them with Amazon’s Alexa for voice-activated lighting changes. They’ll also change between warm and cool color temperatures, and turn on and off automatically based on motion below.

The Haiku Lights don’t come cheap, starting at $149 a pop. But they look terrific and work exceptionally well, offering seamless smarts for high-end smart homes. If you’re looking for something luxurious, or if you’ve already bought into the Haiku ecosystem with a ceiling fan or two, then they deserve some consideration. 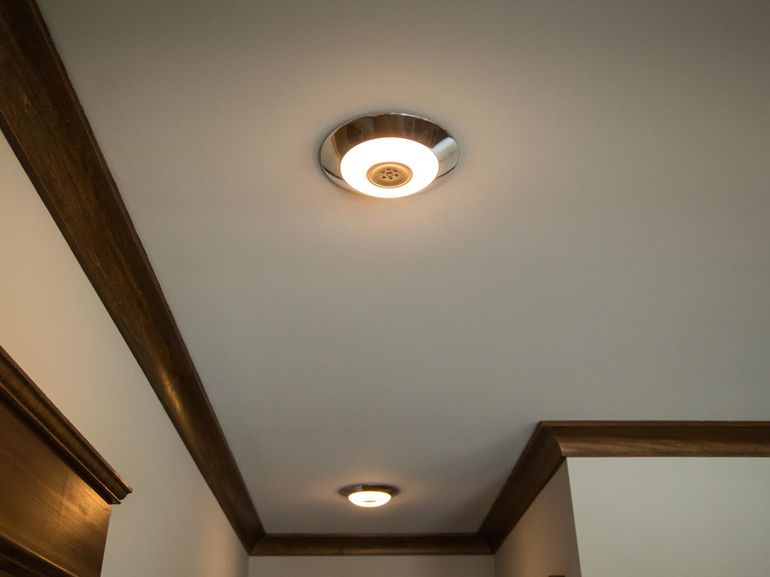 We installed several Haiku Lights in the CNET Smart Home to test out their connected capabilities. And, by and large, they’re some of our favorite things in the place. The motion sensors are swift and responsive — whenever one of us walks in through the garage, a light in the entryway “sees” us and lights up the entire hallway for us. After two minutes of inactivity (you can customize this length in the Haiku app on your Android or iOS device), they dim back down, ready to light up again whenever someone passes through.

That sort of “set-and-forget” approach is the Haiku Light’s strongest asset. It’s been months since I programmed these things, and they’ve worked perfectly ever since. None of us have needed to use the app for anything. They just work.

Of course, you can still turn the lights on and off at the switch like normal — doing so won’t reset any of your settings. There’s also a handy little remote that’ll let you control any individual light you point it at. And, if you’re an Amazon Echo user, you can ask Alexa to turn the lights on and off, or dim them up and down. They’re compatible with the Nest Learning Thermostat — though Haiku’s integration is obviously geared more towards its ceiling fans.

They’re also nice and bright. Haiku pegs them at a healthy 1,348 lumens each, which is roughly halfway between a 75 and 100W bulb. Couple that brightness with the circular overhead design, and you get a nice, even dispersion of light from each one, and more than enough brightness for most needs (we typically keep the ones in the CNET Smart Home dialed down to about 50 or 60 percent).

Haiku’s lights come in five different finishes, and prices vary depending on which style you choose. Standard white and black “Select” models come cheapest at $149 if you’re willing to pass on color tunability and stick instead with a single, yellowy tone of light. For fifty dollars more, you can go with a “Premier” model — that’ll add in the cool, bluish white, daylight end of the spectrum, and let you dial in on your exact white light shade of choice.