How to setup multiroom music with Google Cast – CNET 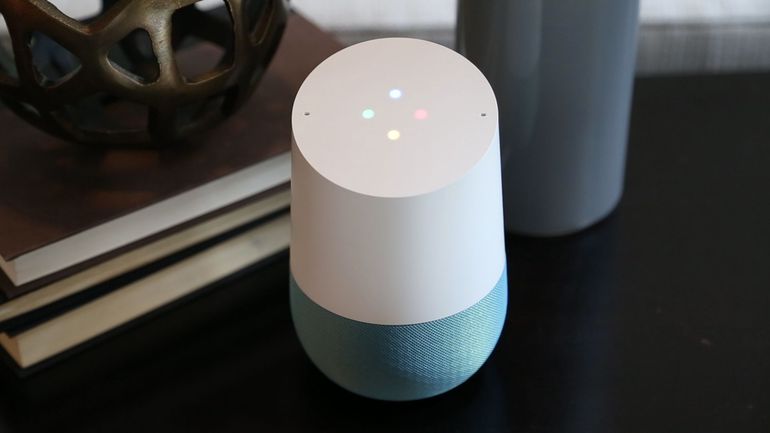 Google Home can do almost anything… except beat Amazon Echo

The wait is over. Time to see if Google Home lives up to the hype.

Ever dreamed of having a future home? One where your music plays in multiple rooms simultaneously, and from multiple devices, party-style? Google’s Cast technology can realize that dream for an affordable price.

The $35 Chromecast Audio, the brand-new Google Home speaker, and numerous other Cast-compatible audio devices such as the Sony STR-DN1070 receiver and the Vizio Crave 360, can now work in concert together throughout your home. You can create groups of multiple devices and send music, news or whatever to any or all of them at the same time, using the Google Home app on your phone.

If you’re serious about multiroom music then Sonos and other systems, such as Samsung’s multiroom system or Play-Fi, might be better investments. But they cost a lot more and require you to buy Sonos speakers or expensive components. Chromecast Audio works with any powered speaker or audio system.

Here’s how to set it up.

Here’s everything the Google Home can do

First you’ll need to connect your device to the network. If you’re using a third-party Cast-compatible product, such as the Sony receiver mentioned above, follow the usual setup method when you buy the device, or look under Network within Settings.

If you’ve bought a Google Home or Chromecast Audio, connecting it to the network is a little more straightforward. You’ll use the Google Home app for iOS or Android. 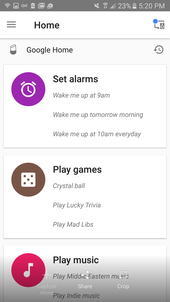 The main page of the Google Home app. The Devices shortcut is at the top right.

From the main page of the Google Home app look for the little “setup” icon in the top right-hand corner. Pressing that will take you to the Devices tab. 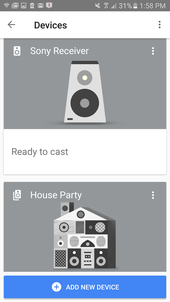 All of the compatible devices that the app has detected will appear here, and it will inform you whether they need to be set up or not. If for some reason Google Home doesn’t find them, you can press the Add Device button at the bottom of the screen. The setup process walks you through step by step; see “How to set up Google Home” for more info.

How to create groups 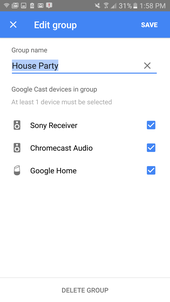 A group consists of two or more Cast components (such as a Chromecast Audio, Google Home and a Sony receiver) which will operate as if a single speaker. To create one, choose one of the devices on the Devices page and click the “…” button. Choose “Create group”, and a setup page appears. Here you can name the group — for example “House Party” if they’re in three living areas — and then choose from the available devices that you’d like to add. The new “House Party” will now appear on your list as a single device.

Use your group in Google Cast apps 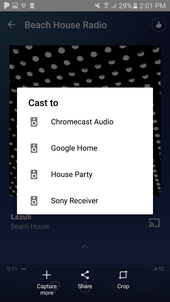 Choosing a group in Pandora.

There are dozens of apps that support casting, but here we’re going to concentrate on ones which are audio focused. First open up a Cast-compatible app, like Spotify or Pandora, and click the Cast button. On the list that appears you’ll see all the available devices as well as any groups you’ve created, like “House Party.” Choose a group, play a song using the app and the music will play to all the included speakers and devices simultaneously.

What about other Cast devices? 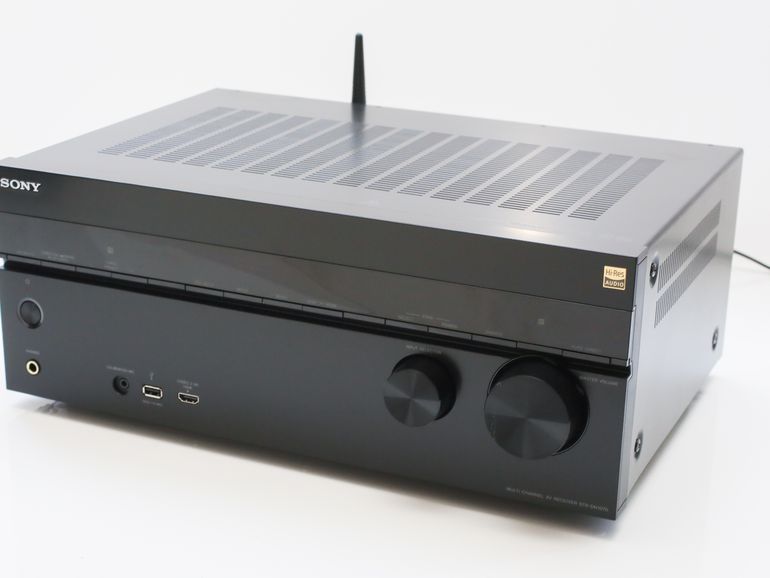 The Sony STR-DN1070 is one of our favorite Google Cast devices.

Cast was originally used for video, not audio, and was born with the $35 Chromecast in 2013. Instead of using a remote control and big-screen Netflix app on the TV, for example, you browse videos on your phone’s Netflix app, then tap the app’s cast button to play them on the TV.

The multiroom function is not yet compatible with video Chromecasts (the ones with HDMI outputs). However it is available with a growing range of audio products from Sony, LG, Philips, Onkyo and more.

Is Google Cast a Sonos Killer?

While the technology shows great promise it’s not quite able to rival Sonos just yet. The biggest hurdle so far are the apps themselves. It’s one source or app at once. As of writing there are no Google Cast apps that can integrate multiple streaming services in the way that Sonos does.

So while we wait for the “killer” Google Cast app the eco-system is nonetheless an excellent look into the future of low-cost multiroom music. If you’re looking to dip your toes in the house party waters for a very modest outlay, Google Cast is definitely the best place to start.