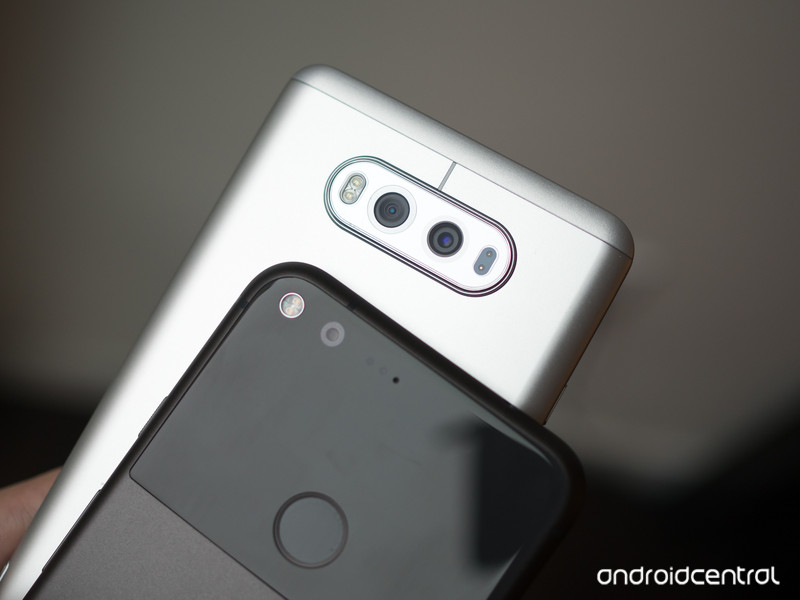 The Pixel XL is the new hot camera on the block, but we can’t forget about LG.

The latest phones from Google and LG don’t look very similar and take different approaches to the user experience, but one thing that’s constant is the focus on camera quality. Google has talked a big game with the launch of the Pixels, and so far it seems to have held up unlike previous generations. At the same time, LG has been shipping phones with excellent cameras the past few years, easily landing near the top in overall quality and experience. The new LG V20 is no exception, offering not only high-quality but also unique photography possibilities.

When you put the Pixel XL and LG V20’s cameras head-to-head, though, which one comes out on top? We’re here to answer that question. 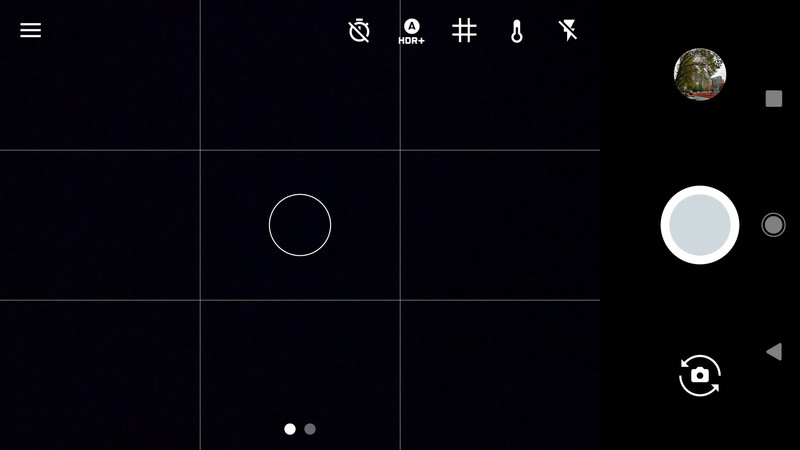 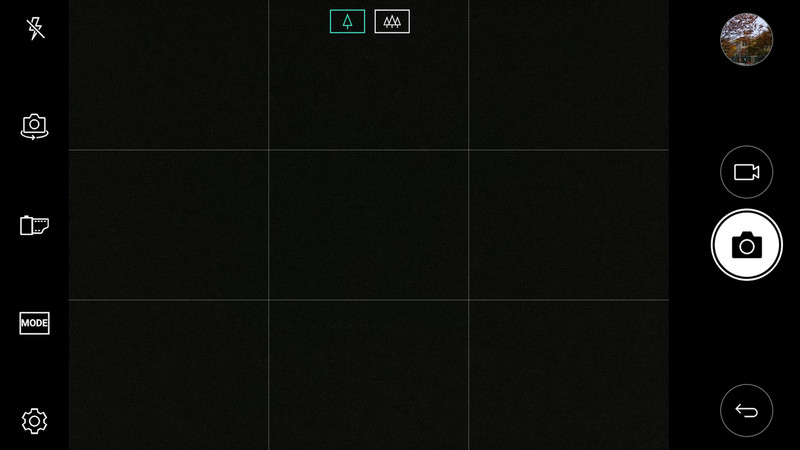 Google has made improvements to its camera interface over the past couple of years, but if you’re looking for a raw number of features, modes and options you’re going to be a bit disappointed. The Google Camera app is still all about simplicity, giving you access to just a couple of toggles and the choice to switch to Panorama, Photo Sphere and Lens Blur. Yes there are a few additional tweaks, but it’s nothing like what LG offers.

The V20 is billed as being for “content creation,” and naturally that lines up with a far more powerful camera app as well. You get all of the basics in a simple interface, plus live filters and lots of great shooting modes for things like time lapses built right in. Not only do average users have extra options in the viewfinder, pro-level users can also toggle into a Manual shooting mode and tweak any possible setting they could think of. That may not be your thing right now, but not having to download a different camera app to get those advanced features is a huge plus. Oddly enough, though, you have to hop into the settings just to toggle the HDR mode.

Though the V20 leads in terms of the interface if you want tweaking options, the Pixel XL is ahead in speed and overall performance. Google has made massive improvements to the speed of its camera compared to the Nexus 6P, and now the PIxels are at the top of the heap. The V20 can launch as fast as the Pixel XL through a double press of the volume down key, but in my time using it there was an inconsistency about it where you’d sometimes launch the camera with hesitation and some lag before you could take your first shot. The Pixel XL has never failed to launch immediately and be ready to take a photo.

But those speed differences are really minor in the grand scheme of things, and you’re easily going to be able to look beyond them if you want to have the option to tweak your shots with the V20. The average person who just wants to pull out their phone, snap a shot and share it on social media will be well-served by either camera app — the big difference is how much you value the customizability.

The Pixel XL offers a lower 12MP resolution and slower f/2.0 lens to the V20’s 16MP and f/1.8 — but both offer very fast laser auto focusing. The Pixel XL’s one big trump card is the combination of very big individual pixels and outstanding software processing, which it has shown to use to great effect. So how does that all combine in terms of photo quality? I took both phones out and snapped pictures just how anyone else would: lift up the phone, snap a picture, lift up the other phone, snap a picture. No post-processing or tweaks. Here are the shots. 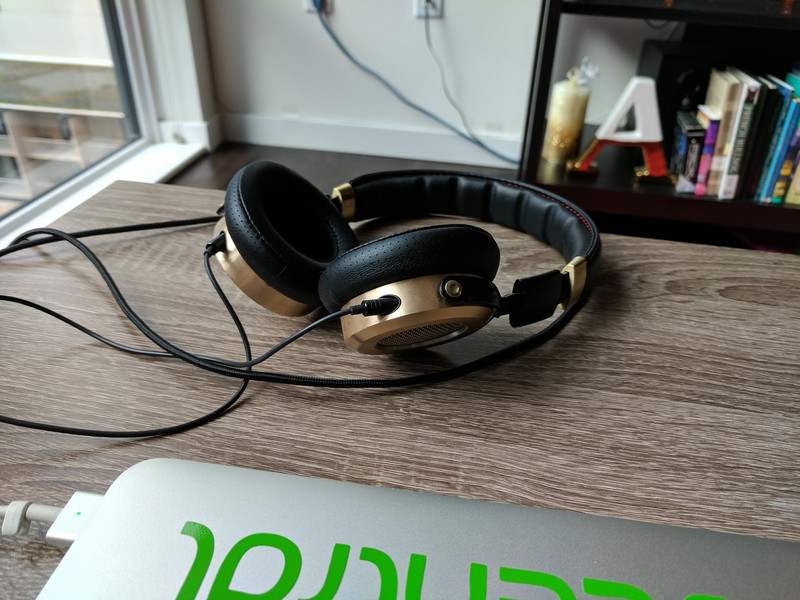 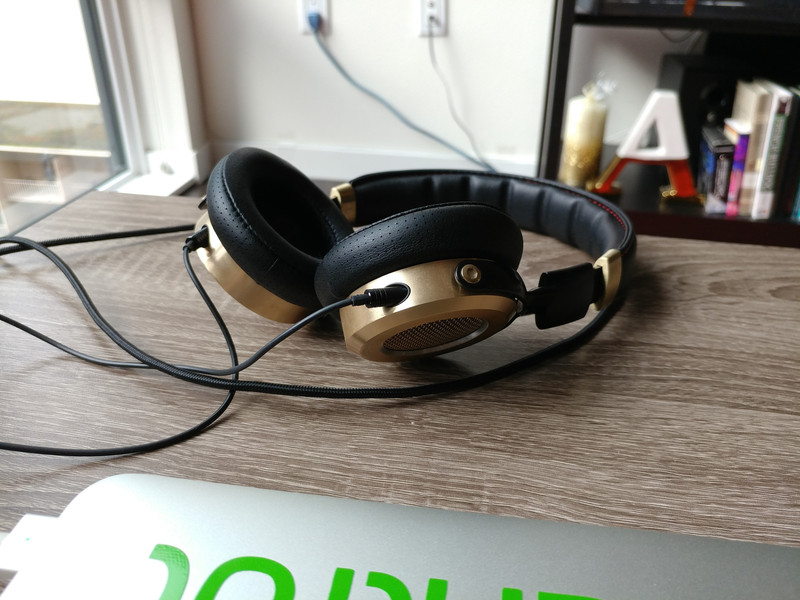 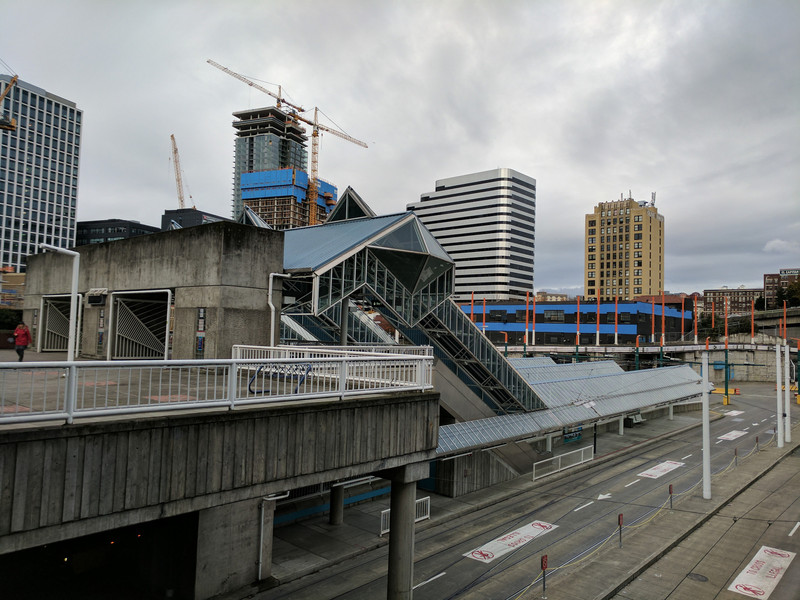 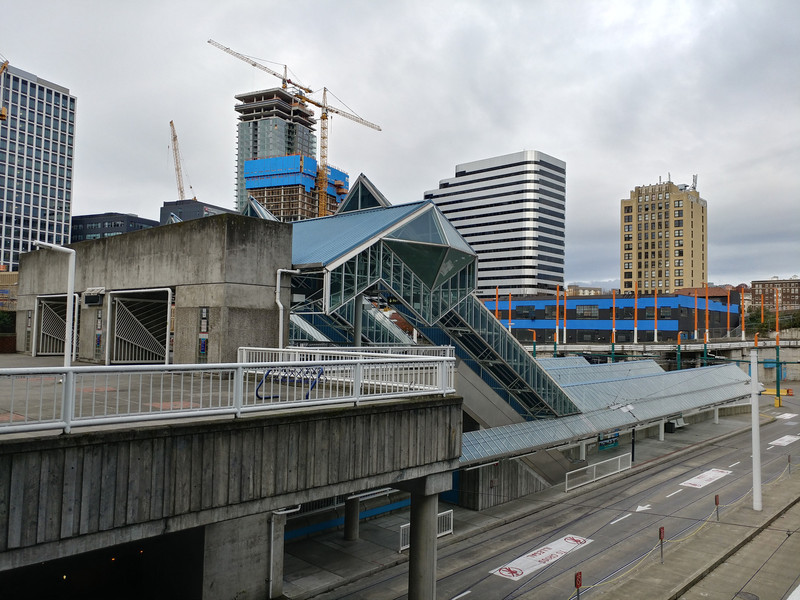 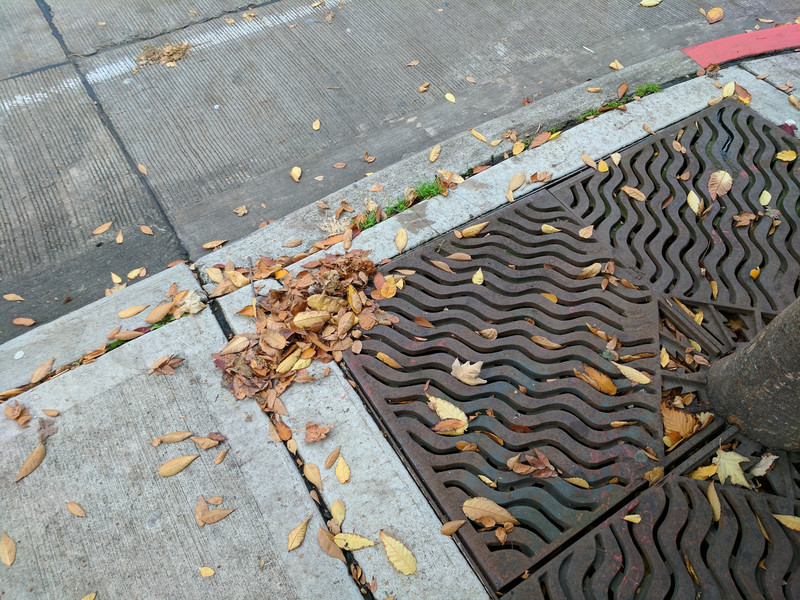 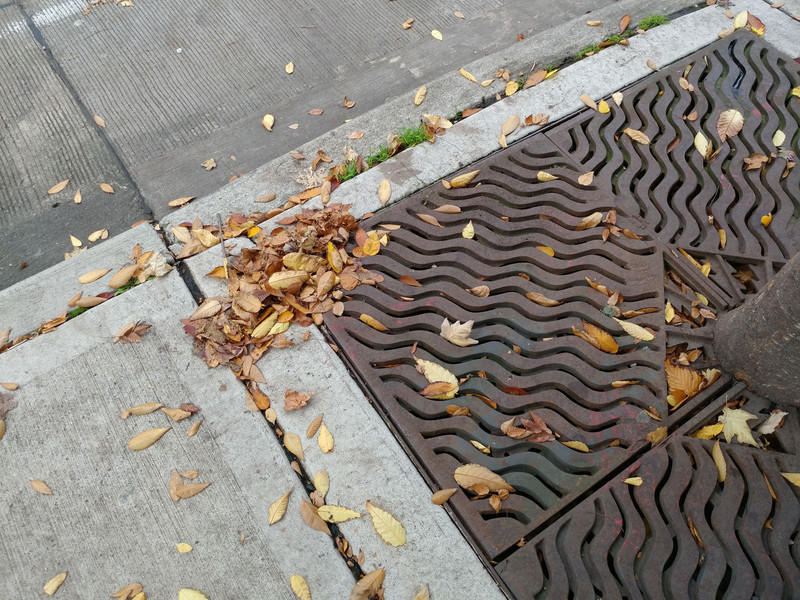 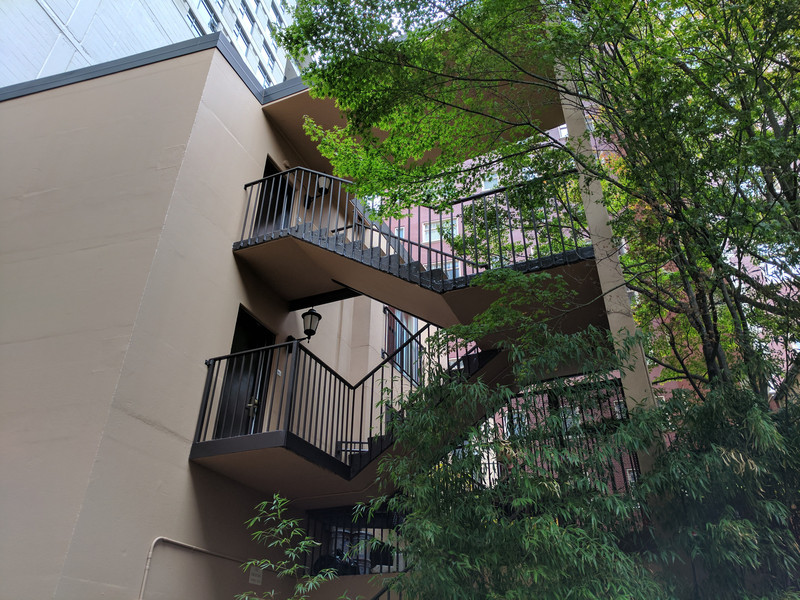 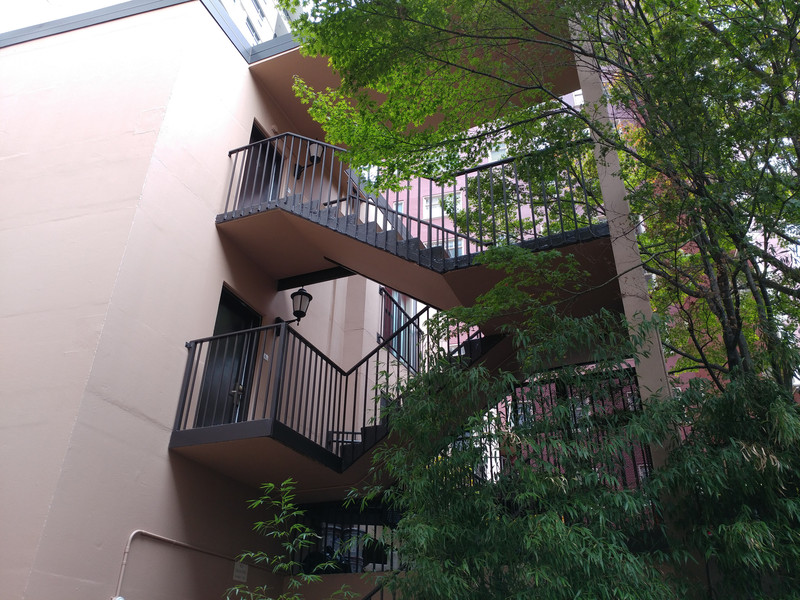 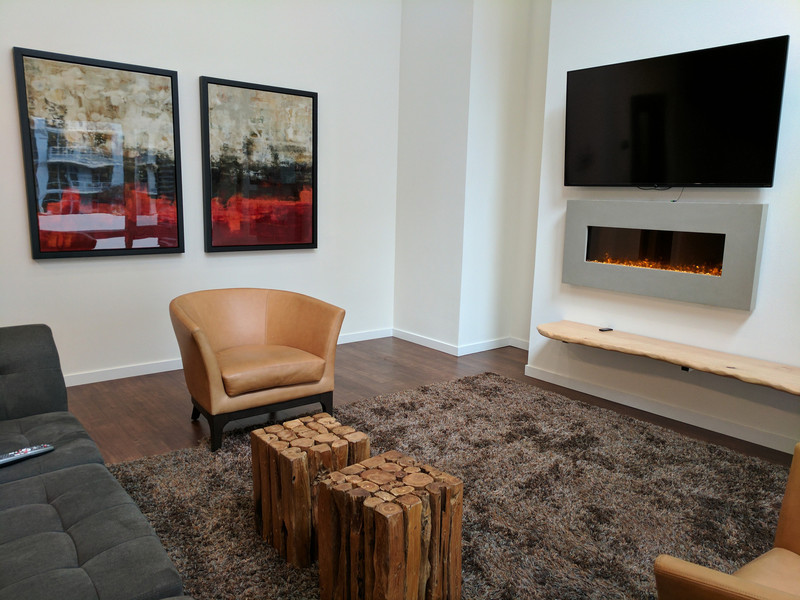 Much like I found in my comparison of the Pixel XL and Galaxy S7 edge, the Pixel XL lines up closely in quality with the LG V20. The Pixel XL consistently took a bit cooler and more natural-looking photos, while the LG V20 was a tad warmer and often took brighter photos. Those brighter images — partially due to the f/1.8 lens — are definitely more appealing to the eye, even if they aren’t actually true to the scene.

When you zoom in and check things out closely, the Pixel XL offers sharper details, but that’s hardly noticeable when viewed full-size. Both phones did an excellent job using HDR to simply take balanced and good-looking photos, rather than blowing out the colors. The one big difference, for me, is how it was very clear when the V20’s auto-HDR didn’t kick in, leaving you with a comparatively dull shot from the single exposure. Taking that into consideration, I’d lean toward just recommending leaving HDR on 100% of the time on the V20.

The V20 can match the Pixel XL’s quality, and has the second camera to play with.

When it comes to low light shots, the differences are still narrow between the two, though I can give the nod to the Pixel XL here thanks to its wonderful sharpening and managing of noise in dark scenes. The LG V20 is still extremely capable in light in a more “traditional” sense with its f/1.8 lens, but the Pixel XL captures more fine detail in low light scenes (mostly noticeable when you zoom in on images), and better manages dark portions of mixed scenes with its HDR+ processing. Again, realistically the differences are slight — but if you want to get critical, you give Pixel XL the higher praise.

Something that makes this comparison a bit tougher is the V20’s inclusion of a secondary super wide-angle camera. As you can see from the comparison shots above I focused on the V20’s main 16MP camera, and though the secondary 8MP shooter isn’t as high of quality (especially in low light) it offers extremely unique shooting opportunities that can really set it apart. Having the choice of toggling to the wide-angle lens with a tap on the screen can be a difference maker, and I loved using it throughout my review. I’m so happy to see that we have multiple phones giving us fantastic cameras in 2016, and after comparing it to the Pixel XL the LG V20 is definitely one of the top-tier group. My enjoyment of shooting with the Pixel XL is well known at this point, but the LG V20 offers a unique set of features and possibilities that make it more fun to take pictures with, even if the quality isn’t particularly better in any given situation.

The choices of shooting in a full manual mode, or with the secondary wide-angle camera, definitely tip the scales in LG’s favor when you compare it to the more bare-bones Pixel XL. Not everyone is going to care about the extra complication of those other features, though, and in that case either one of these phones will absolutely impress you with their photos.