The smartwatch market isn’t quite as red-hot as it looked in recent months. IDC estimates that smartwatch shipments fell by just shy of 52 percent year-over-year in the third quarter of 2016, with the biggest names often being the hardest hit. Apple was still the top dog, but its shipments fell almost 72 percent to 1.1 million. Samsung’s shipments were virtually flat, while Lenovo and Pebble saw their unit numbers drop sharply. Interestingly, the only company in the top five to see a big surge was Garmin — the relative newcomer’s shipments more than tripled to 600,000. Should the industry be worried? Not necessarily.

The problem, appropriately enough, is timing. The periods aren’t strictly comparable — many manufacturers had just launched new watches last summer, but had nothing new to show (or had barely started deliveries) a year later. The original Apple Watch was widely available in Q3 of 2015, for instance, but Series 1 and Series 2 models didn’t arrive until the last two weeks of this past quarter. Samsung has yet to ship the Gear S3, there was no third-generation Moto 360 and Pebble only started shipping its newest watches in September.

This doesn’t mean that you can expect a year-over-year recovery in the fourth quarter. It’s possible that the enthusiasm for smartwatches has cooled off, and that we’re seeing what the market is really like now that early adopters have devices on their wrists. There should at least be a season-to-season improvement, however, thanks to both new hardware and the usual holiday rush. And the smartwatch field is still young. Even veterans like Pebble and Samsung are still trying to figure out what works, and the technology is still new enough that features like GPS and LTE data are still big deals whenever they show up. 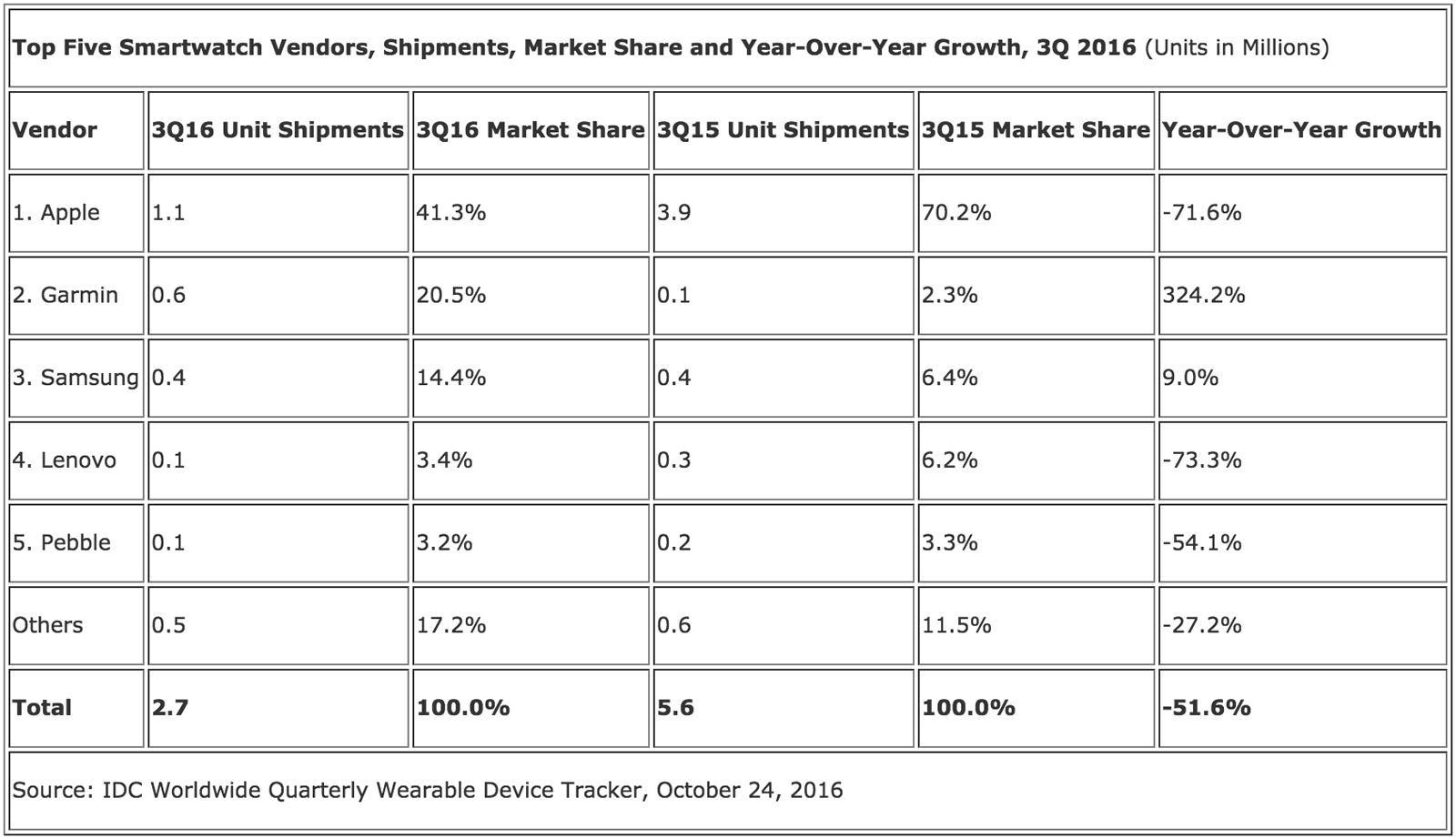