The foldable, fully-enclosed Passport drone is yours for $549

Foldability is all the hype in the drone world these days, as is the case with the GoPro Karma and the DJI Mavic. But before these two were announced, we already heard about Zero Zero Robotics’ Hover Camera 4K drone that is truly foldable and also fully enclosed — in the sense that you can grab hold it any way you want without getting cut by the propellers, plus you’re less likely to cause havoc in a room. That’s a rarity in today’s drone market. Today, we bring you the good news that this nifty little machine — under the new name “Passport” — is finally launching for $549.

For those who aren’t already familiar, the Passport is an ultra-lightweight and ultra-compact quadcopter powered by Qualcomm’s Snapdragon Flight platform. It comes with a 13-megapixel still camera that can shoot 4K video, and there’s a foldable carbon-fiber enclosure for the propellers — the drone is about the size of a VHS cassette tape when folded, if you know what that is. Since the Passport only weighs 242 grams (it was originally aiming for 238 grams), it is not subject to the FAA’s Hobbyist Drone Registration.

There’s no controller; you’ll just be using your Android phone or iPhone to control it via WiFi — we’re told to expect a 20-meter range on a 5GHz connection, plus up to 10 minutes of hovering time per charge when there’s no wind. For the speed freaks, this machine can travel at up to 8 m/s or about 18 mph horizontally, but you’ll obviously want to keep a spare battery handy (the standard package comes with two batteries plus a dual-battery charger). 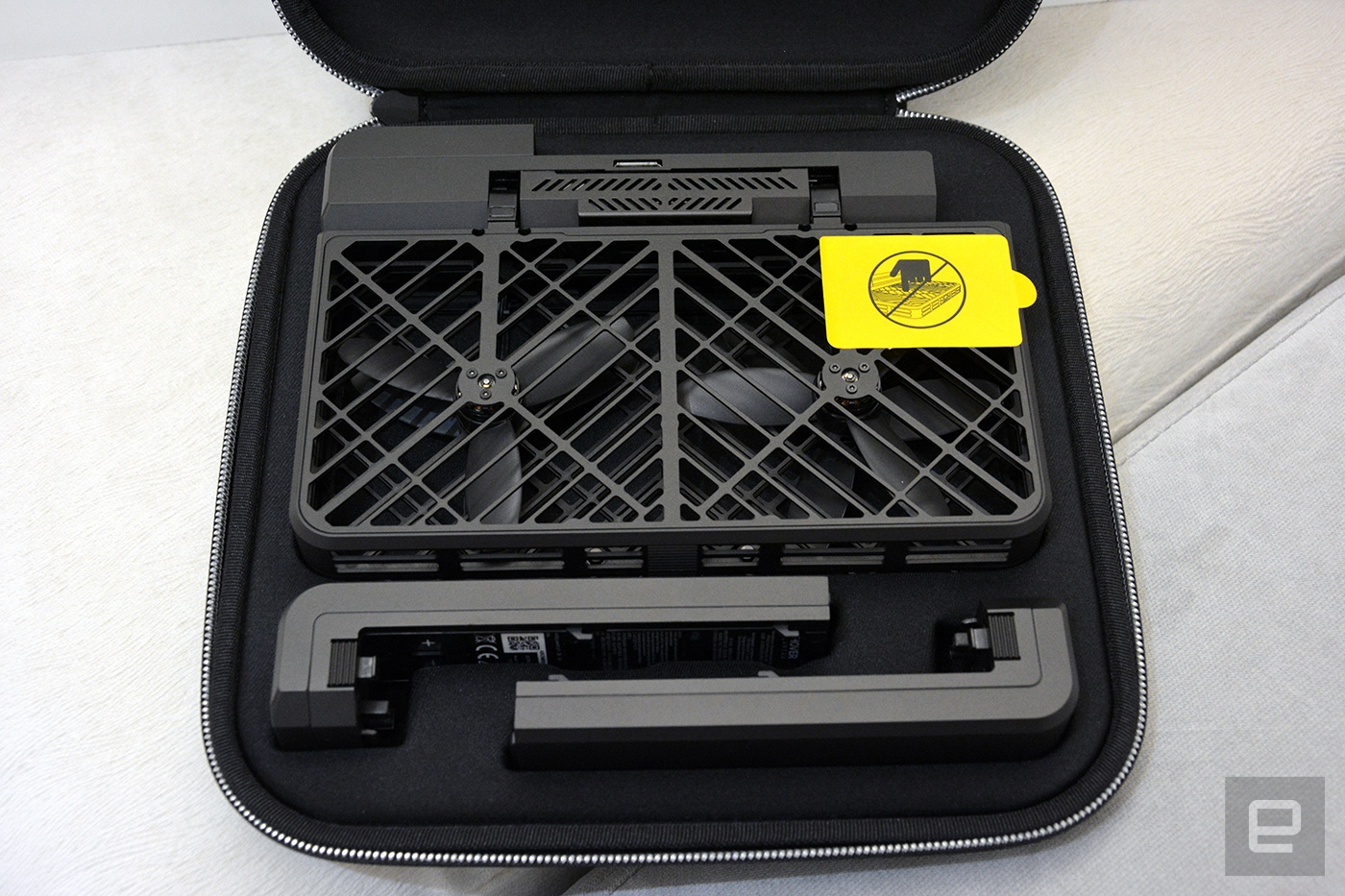 While $549 isn’t exactly cheap when compared to move conventional offerings, the Passport does come with some other handy features: It can automatically follow your face or body, orbit around a subject while filming it (similar to DJI’s Point Of Interest mode), and shoot a 360-degree panorama video. As before, the drone “takes off” by simply pressing the power button once while on standby, and then release it horizontally to let it hover right away; similarly, just grab it while it’s in mid-air and then point it downward to slow down the propellers, and then you can press the power button to stop it entirely. These are all made possible thanks to the Passport’s powerful processor, sonar, downward-facing camera plus other sensors.

For those who are willing to give the Passport a spin, you can place your order on the official website and take advantage of the $549 early-bird price; it’ll go up to $599 two weeks later. Meanwhile, stay tuned for our upcoming review.