San Francisco’s Market Street cuts through the center of the city, from the Embarcadero to the Castro. It’s a microcosm of the highs and lows of not just the city, but the entire Bay Area. From the pageantry of high-end stores to boarded-up shops. Where the homeless sleep on sidewalks in front of the insular offices of tech giants Uber and Twitter. It’s the segmented heart of the City by the Bay. Now local art collective Illuminate SF wants to unify the entire street by way of lights that track the public transportation system.

That system is called LightRail, and it’s the brainchild of artists George Zisiadis and Stefano Corazza. That team, along with Illuminate SF, will construct two two-mile-long tubes on either side of Market Street, filled with LEDs that track the Muni and BART trains running in the subway. As a train zooms along underground, a corresponding beam of light will follow it. During a demo of the system, the glow of an upcoming train became hypnotic as it zoomed past me. I caught myself waiting for the next train, and the next. It’s a simple piece of art that’s part of a bigger plan.

One of its goals is to create a public piece of art that bridges the different social and economic aspects of the street and helps reinvigorate some of the area’s dilapidated spots. “Our feet tend to follow where our eyes go,” said Illuminate co-founder Ben Davis. “The idea that this thing pulls people a little bit further up the street helps create that transformation. I do want to break down those barriers.”

But breaking down the invisible barriers that mark the end of the shopping section of Market and the beginning of derelict storefronts requires more than just a good idea and warm, fuzzy feelings. Building anything in San Francisco requires navigating a labyrinth of bureaucracy and special interests. So it was surprising when Davis announced that the team had been able to secure permits and support for a four-year installation of LightRail between the Embarcadero and Van Ness Avenue.

That’s only a two-mile stretch of road, but if the installation is a big enough success, they’ll expand it to Castro Street, at the foot of Twin Peaks. There’s also the possibility that LightRail could become an ongoing fixture on Market Street, just as the Bay Lights, on the Bay Bridge, have achieved permanent status.

Whether the installation is up for four years or 100, LightRail is one of the first steps in San Francisco’s Better Market Street project. The plan is to make the throughway the cultural center of the city, in addition to a transportation route. “This piece of art will live for maybe four years. But it’s really meant to have an impact that changes the city for the next 60 to 100 years,” Davis said. 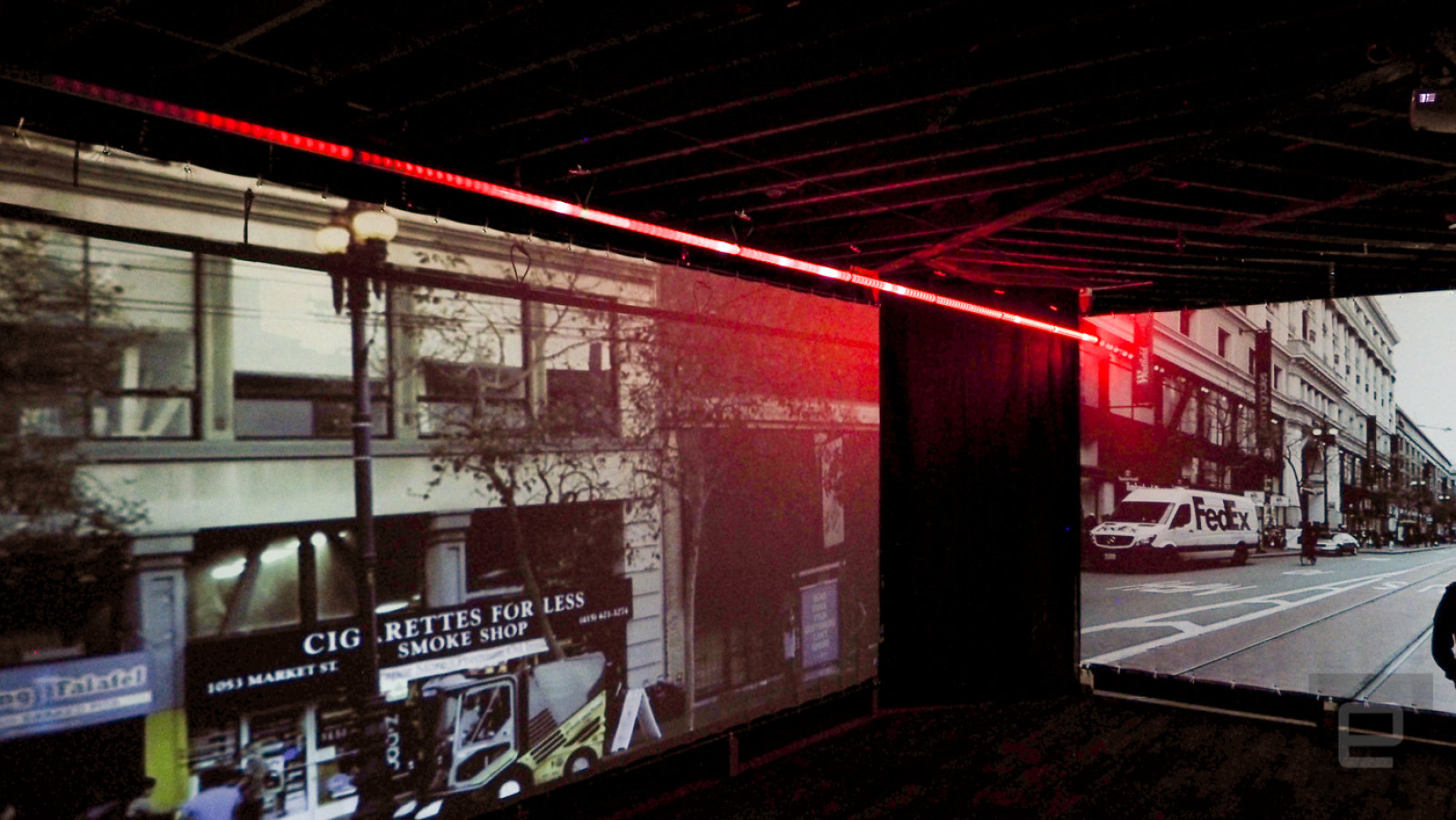 One of the ways it’ll do that is by replacing the ghastly orange sodium streetlamps that make everyone look like a zombie with white lights while it’s installing LightRail. So even when the art project is decommissioned, the project will have a lasting impact on the street.

There’s only thing left to do: raise $10 million from private and public donors. Davis seems sure that the money will become available. But he stresses that he doesn’t want to siphon funds from other city art projects. Illuminate is raising funds now and is hoping to tap some of the newer residents of Market Street, like Twitter and Uber. While tech companies have moved into the neighborhood (thanks in part to tax breaks from the city), they tend to insulate their employees from the neighborhood by offering free meals so they never have to leave their building.

But if they are invested in a project like LightRail, they might venture out and help uplift the rest of the street. Or at least get them walking down the street a few blocks. Davis hopes it’s possible. “As a community, let’s show that we care about [Market Street] now, and let’s let light do what it does so well, which is attract, enlighten and let us all see.”