With the X-T2, I finally get why people love Fujifilm cameras

I’ve tested a handful of Fujifilm cameras over the years, but none of them have convinced me to switch from my shooter of choice, the Sony A7 II. That full-frame sensor is hard to beat. But, with the recently announced X-T2, I might be willing to reconsider. Fujifilm’s new flagship mirrorless offers everything you’d want from a $1,600 (body-only) camera: sleek design, top-notch performance and, most importantly for some, a robust lens ecosystem.

Inside the X-T2 you’ll find a 23-megapixel (APS-C) X-Trans CMOS III sensor — a big improvement over the 16.3 megapixels on the two-year-old X-T1. It’s also the same sensor used by another Fujifilm high-end mirrorless camera, the X-Pro2. What powers this particular camera, though, is an X-Processor image chip that, according to the company, has been designed to produce an accurate autofocus system regardless of scenario. All told, there are 325 single AF points, plus 91 zone, which gives you a sizable coverage area when trying to lock in on a person or item.

And it works as expected. In the month I’ve spent shooting with the X-T2, the camera has quickly and accurately focused on subjects, moving or still. What’s more, autofocus performance hasn’t suffered when I’ve tested it in low-light conditions, which isn’t something I can say about most mirrorless cameras. Speaking of low light, the X-T2 features an ISO range of 100-21,600 (or 52,000 in “High” mode) and continuous shooting at eight frames per second — both respectable specs for a camera in this class. 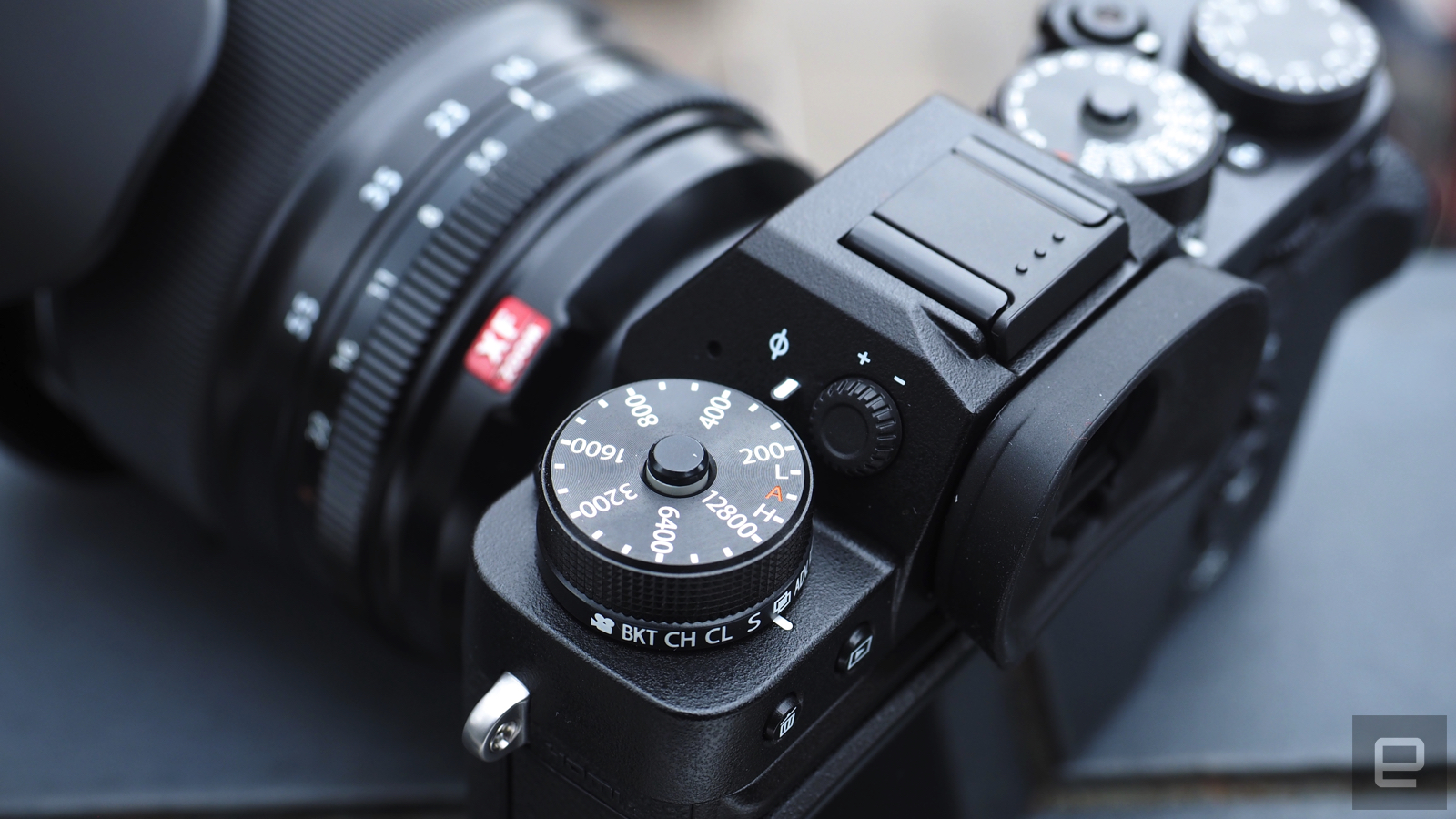 As I mentioned earlier, the camera was able to handle active subjects with ease, though I do wish I could have tested it in a more challenging scenario than simply roaming the streets of New York City. Something like a sporting event. The X-T2 also performs well in the dark — most of the shots I took in low light came out sharp and free of noise. For reference, I used the X-T2 with two Fujinon lenses, an XF10-24mm f/4 and XF16-55mm f/2.8.

If you want to get the most out of the X-T2 though, you’re going to have to spend an additional $329. That’s the price of Fujifilm’s external grip peripheral, which takes the camera’s continuous shooting speeds from eight to 11 frames per second. It also gives you the ability to record 30 minutes of 4K video in a single shot versus 10 minutes without. You get two extra batteries as well — enough power to save you from a panic attack or two. Without the add-on, Fujifilm says its X-T2 can take 340 shots on a single charge with regular use (whatever that means to you).

Of course, you could argue that the X-T2’s headline feature is 4K video. This is, after all, the first X-series camera to boast this feature. Unfortunately, as I mentioned earlier, there are limitations to what you can do. While the camera can capture 4K (3,840 x 2,160) at 24, 25 and 30 frames per second, it only lets you record up to 10 minutes at once — unless you have that external grip. The company claims it made that decision in order to keep the camera from overheating, but it’s hard to forgive when this isn’t an issue with with less-expensive models like Sony’s A6300 mirrorless ($1,000 for the body). 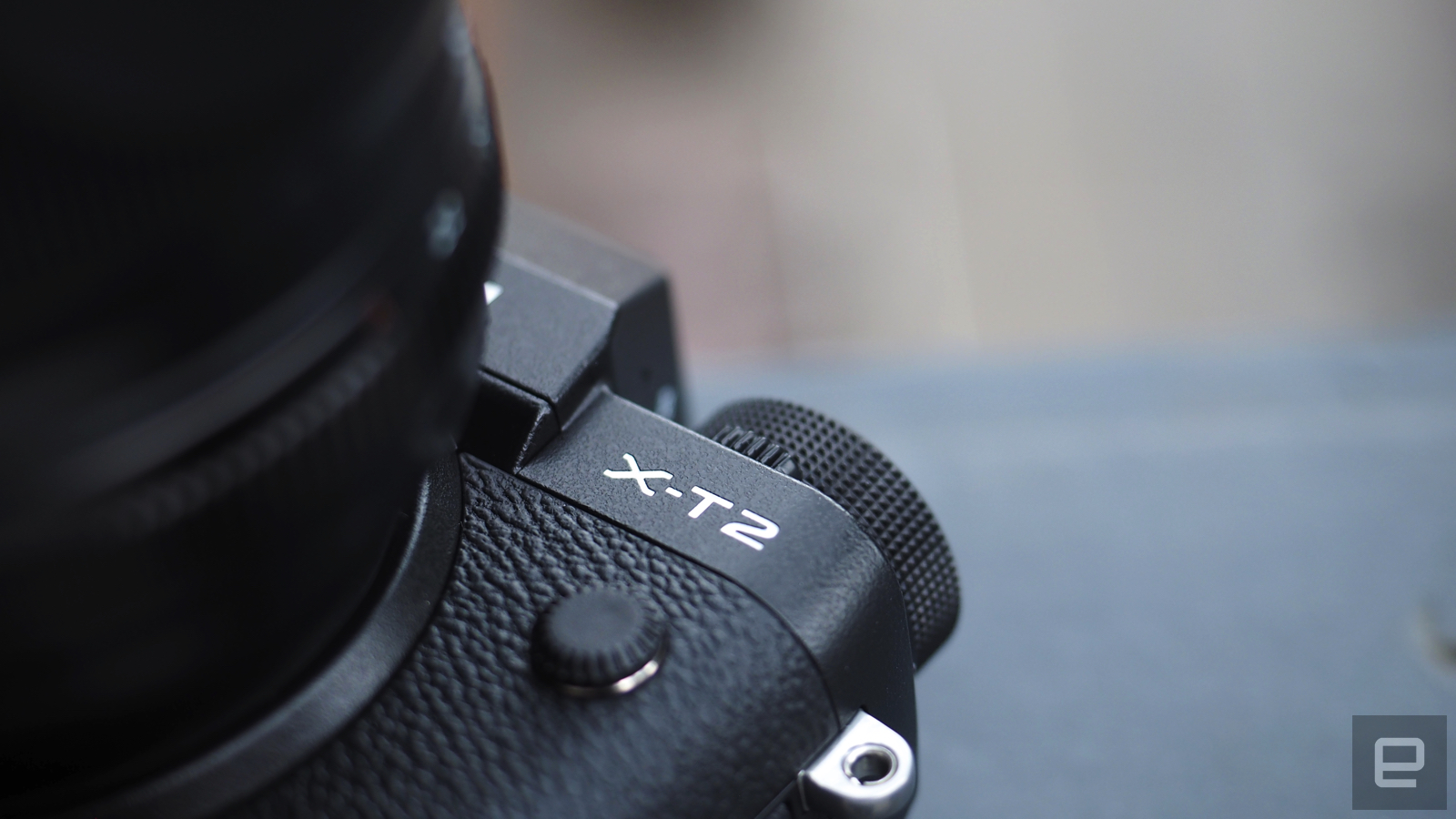 Aside from that, the X-T2’s 4K footage is crisp and vibrant, thanks largely to that 23-megapixel X-Trans CMOS III sensor. Even so, my favorite parts about Fujifilm’s new shooter are the physical controls. That’s Fujifilm’s signature trait, and here, everything seems to be placed perfectly along the compact weather-resistant body. Adjusting the ISO, exposure and shutter dials feels effortless — so much so that I only used the three-inch tilting touchscreen when I needed to tweak things like white balance. That, along with when I’d manually choose my focus points, were also about the only times I wish the display responded to touch input.

I also wish the settings menu were more concise and easier to navigate. The user interface feels dated and cumbersome, to the point where a simple task like formatting your SD card can take a few minutes to figure out. You’ll manage eventually, but it shouldn’t take so many clicks to find that option. On the other hand, similar to its predecessor, the X-T2 has WiFi, making it easy to control remotely and transfer media to an iOS or Android device. Once you’ve downloaded Fujifilm’s app, you can do things including touch to focus and preview images.

All in all, the X-T2 exceeded my expectations. I have friends who swear by the brand, often praising its premium quality and sound ergonomics. Still, I hadn’t been able to relate until now. That’s not to say I didn’t think much of the company’s digital cameras — I just hadn’t come across a mirrorless model that I felt comfortable shooting with. The X-T2, however, is one that I may have to seriously think about buying.

To view our sample images in full resolution, click here.

Read more from News
Camera, News
← Sony’s RX100 V can shoot RAW photos at a crazy 24 fps
Oculus Connect 3: What to expect and how to watch online →