The best blood pressure monitors for home use 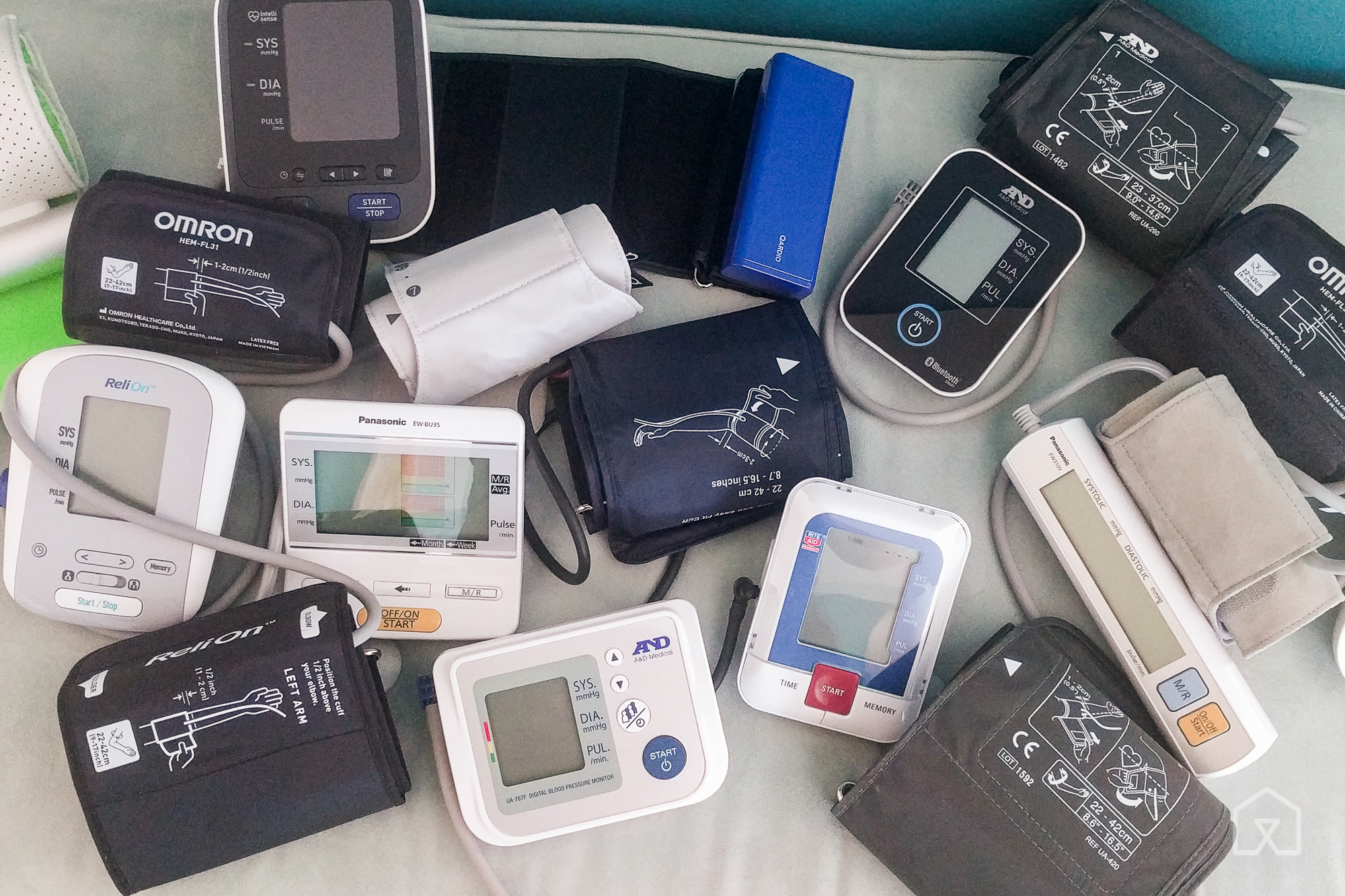 We took 10 blood pressure monitors to the University of Texas Nursing School to test and find the most accurate, comfortable, and easy-to-use model. Photo: Stacey Higginbotham

For this guide, we decided not to review wrist or fingertip monitors because they are not recommended by the American Heart Association, and major insurers such as Aetna don’t reimburse patients for them because they question the accuracy. According to Dr. Bruce Alpert, former co-chair of the Association for the Advancement of Medical Instrumentation Sphygmomanometer Committee, accuracy in wrist and fingertip monitors can be compromised by the type of algorithm the manufacturer uses to compensate for reading farther away from your heart. We also did not test smartphone apps that purport to take blood pressure readings directly from your phone, because they are not accurate.

The most important element of a blood pressure monitor is its accuracy. This is determined by the blood pressure machine itself (technically, it’s called a sphygmomanometer), and by the size of the cuff. The conditions under which you measure your blood pressure—from time of day to body position—matter as well, no matter the machine, according to both Dr. Alpert and to Dr. Leigh Goldstein at the University of Texas School of Nursing.

We brought 10 of the most promising blood pressure monitors that satisfied our basic criteria to the University of Texas School of Nursing, where nine volunteers tried on all of the cuffs after getting a baseline reading on the UT equipment. The goal was to get a variety of user impressions and to test the accuracy of the monitors against a professionally taken blood pressure on equipment you might find in a doctor’s office or hospital setting.

Each participant started with a blood pressure reading from the lab’s equipment, taken by two professors, each registered nurses. Each person then tested all nine monitors, comparing their baseline blood pressure against the test unit’s reading. Because the repeated constriction of the blood vessels in the arm during multiple tests will affect the accuracy of later readings, we took only the first two readings on each cuff into consideration when determining accuracy, looking overall for cuffs that read within the 10 mmHg of pressure suggested by doctors.

All participants took their tests sitting down with their back supported (though in the interest of time, we did not adhere throughout testing to the recommended five minutes of rest between tests). Each participant also had the option of writing their impressions of each monitor and cuff after the reading. They considered the comfort of the cuff, ease of putting it on and reading the display, and any other factors they thought were important. Some made comments about how long the monitor took to read their blood pressure and the volume of the monitor as it worked. Many of these areas are subjective, and some, like the speed of the reading, will vary from person to person, but we looked for commonalities in their input. At the end of the group testing, we continued with further tests for the five models that tested most accurately with the student nurses. 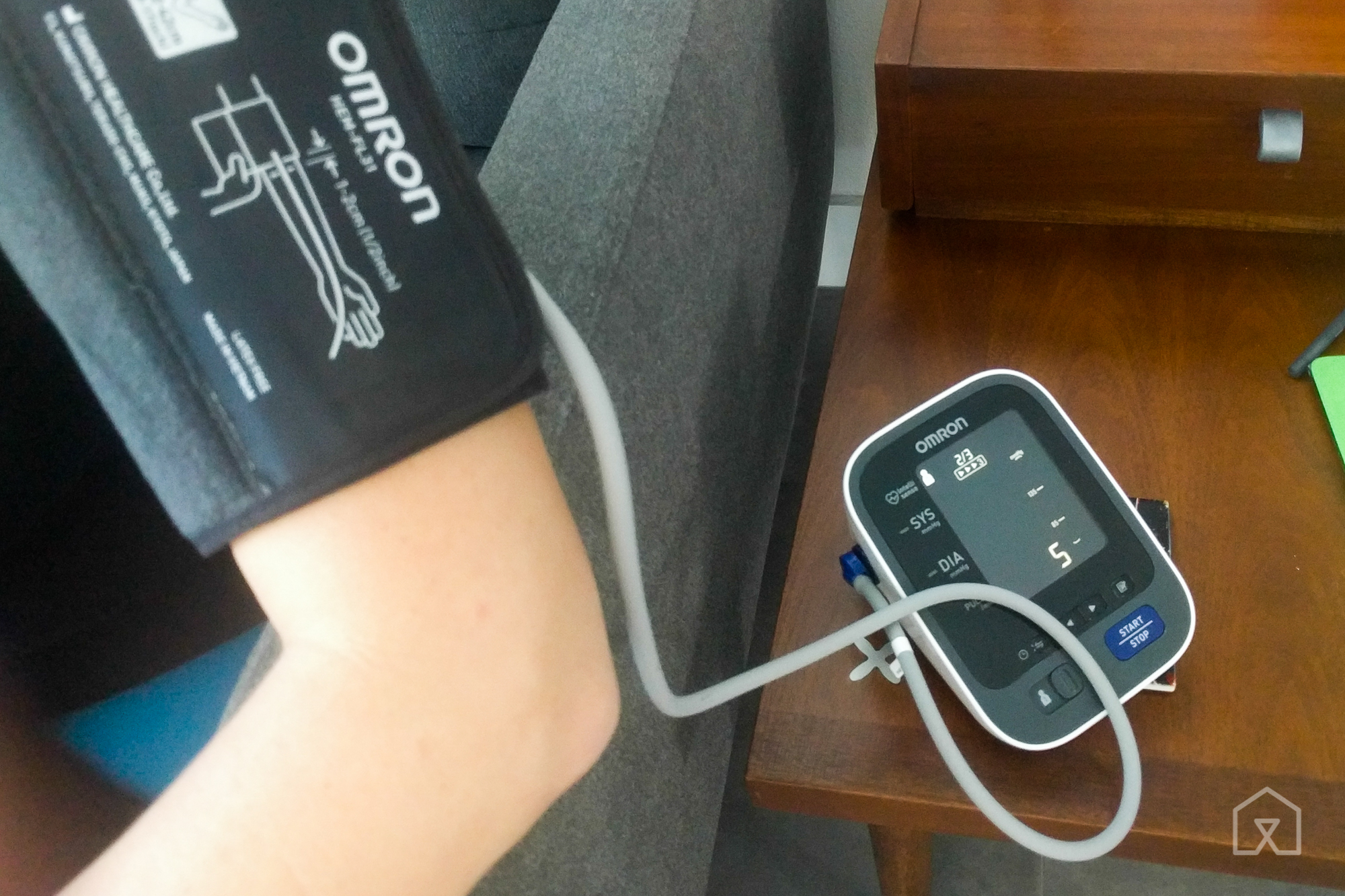 The Omron 10 Series with Bluetooth had the most comfortable cuff of all the monitors we tried, and because of its stiffer construction, it’s also the easiest to put on one-handed. Photo: Stacey Higginbotham

Of all the models we tested, the Omron Series 10 was the most accurate, had the most comfortable cuff, and possessed the best combination of useful features—a Bluetooth connection to transmit data to your smartphone for easier health-trend tracking, the ability to average three tests taken within a 10-minute window for improved accuracy, and irregular heartbeat detection. It features an easy-to-use interface and was also the only monitor we tested with a backlit display. 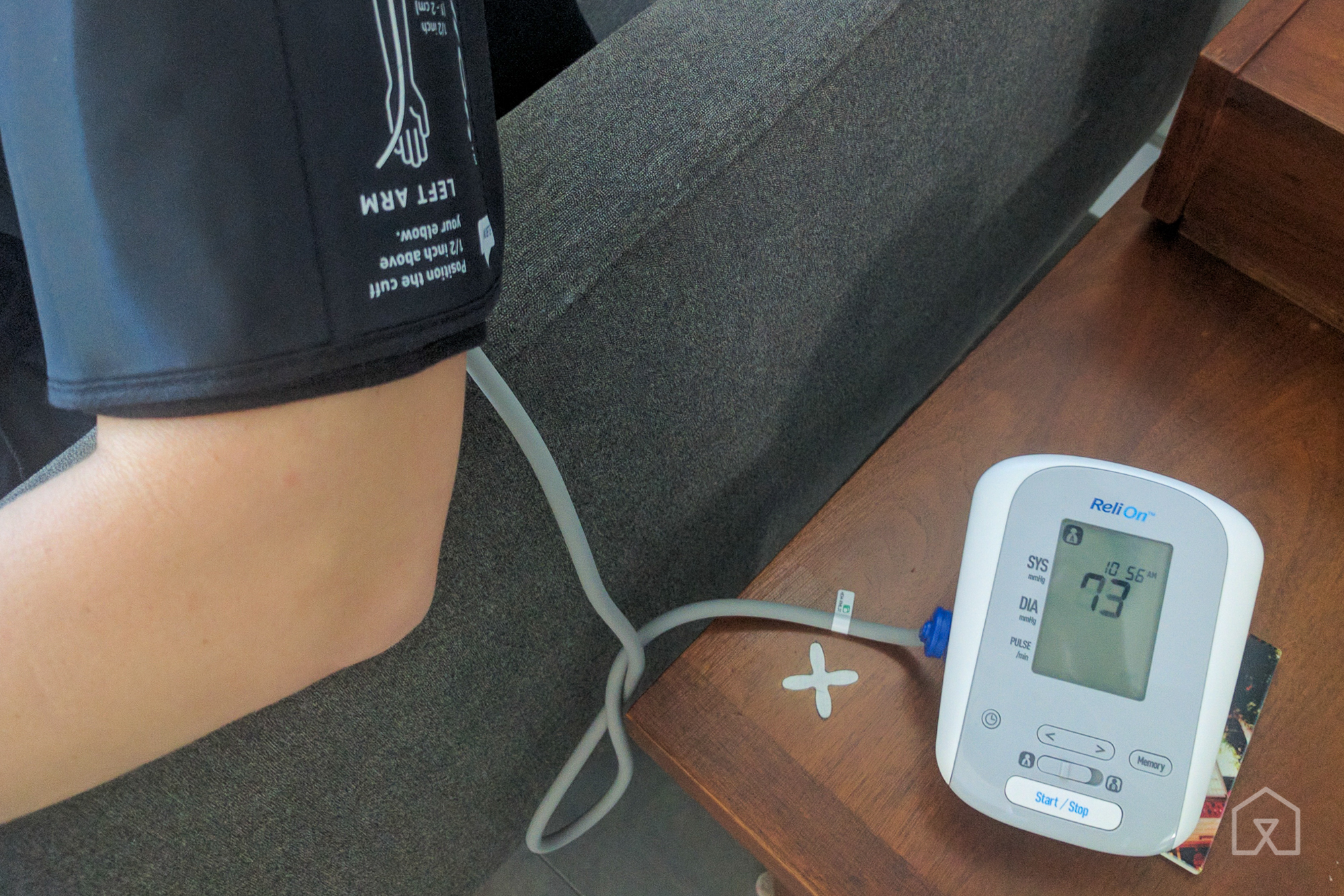 Walmart’s ReliOn-branded monitor has a more basic set of features and is simple to use. Our testers found the cuff isn’t as comfortable or easy to put on as the Omron 10’s. Photo: Stacey Higginbotham

Those who want to spend less than $50 on a blood pressure monitor should turn to Walmart. Its ReliOn BP200 blood pressure monitor (made by Omron) is usually $25 to $30 cheaper than our main pick. The ReliOn BP200 is accurate, tracks heart rate, and stores a month’s worth of daily readings for two people. It does have a slightly trickier cuff than the Omron 10, however, and it can’t use Bluetooth to connect to your phone. 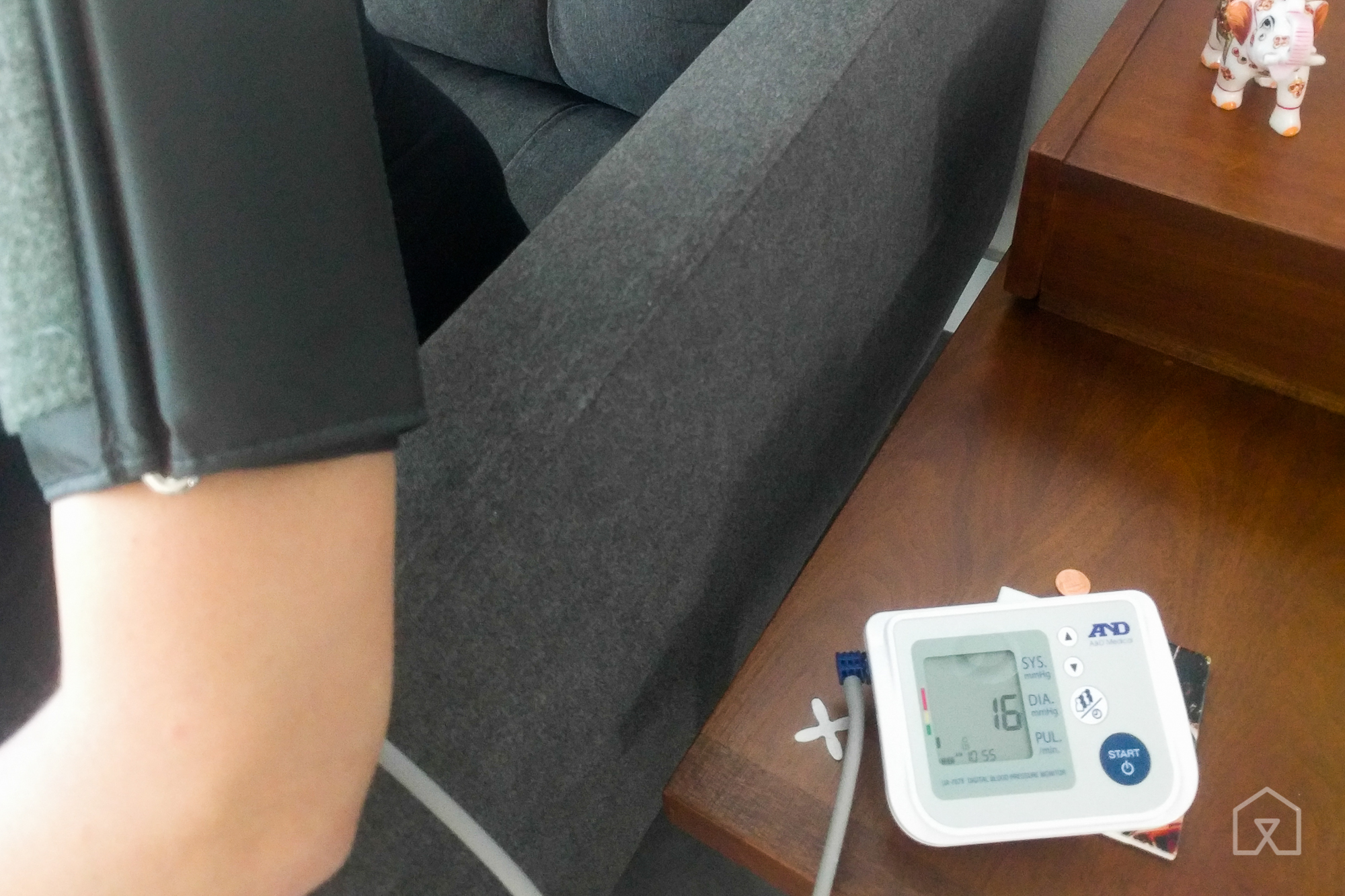 The only model we found that will track up to four users, the A&D 767F monitor is inexpensive and provided us accurate readings in our testing. Photo: Stacey Higginbotham

Those who need to check blood pressures for more than two people regularly should look at the A&D 767F. It fared well in our accuracy tests, comes with a nice case and easy-to-read display, and is priced similarly to our budget pick. It is the only option we tested with the ability to track four users, so if you have more than two people in your home—perhaps aging parents—who need to monitor their blood pressure, this could be the best choice. The cuff is tighter on the arm than our top pick’s and the machine is louder, but not terribly so.