Six wheels that give cars (and bikes) superpowers

For a long time, business experts said, “Don’t try to reinvent the wheel.” Now, that’s the primary objective for many engineers looking to create the vehicles of the future. And just when it seems that there are no further improvements that could possibly be made to the most basic of mechanical parts, someone finds a way to tweak it just enough to open up a world of new possibilities. Imagine having tires capable of generating electricity to top off your electric car’s battery and extend your driving range. There are also a few versions of omnidirectional wheels in development, which make it possible to drive in any direction and banish parallel parking headaches forever. And our list of inventions wouldn’t be complete without at least one that seems totally insane, so try this on for size: cube-shaped wheels that perform better than round ones? You have to see it to believe it. With the rise of electric cars, would-be buyers are sometimes put off by the limited range and the need to find a place to recharge. Goodyear, tire company extraordinaire, unveiled a concept design last year for a tire that could end range anxiety forever, by recharging the battery of an electric car while you’re driving it. The BH03 concept tire promises to do all the things a tire normally does, but it also turns heat and light into usable electricity thanks to a layer of thermo-piezoelectric material. That electricity could then be used to top off your battery, stretching the range of an electric car. No word yet on price or a possible release date, but for now, suffice to say it’s piquing the interest of electric car drivers, and for good reason. 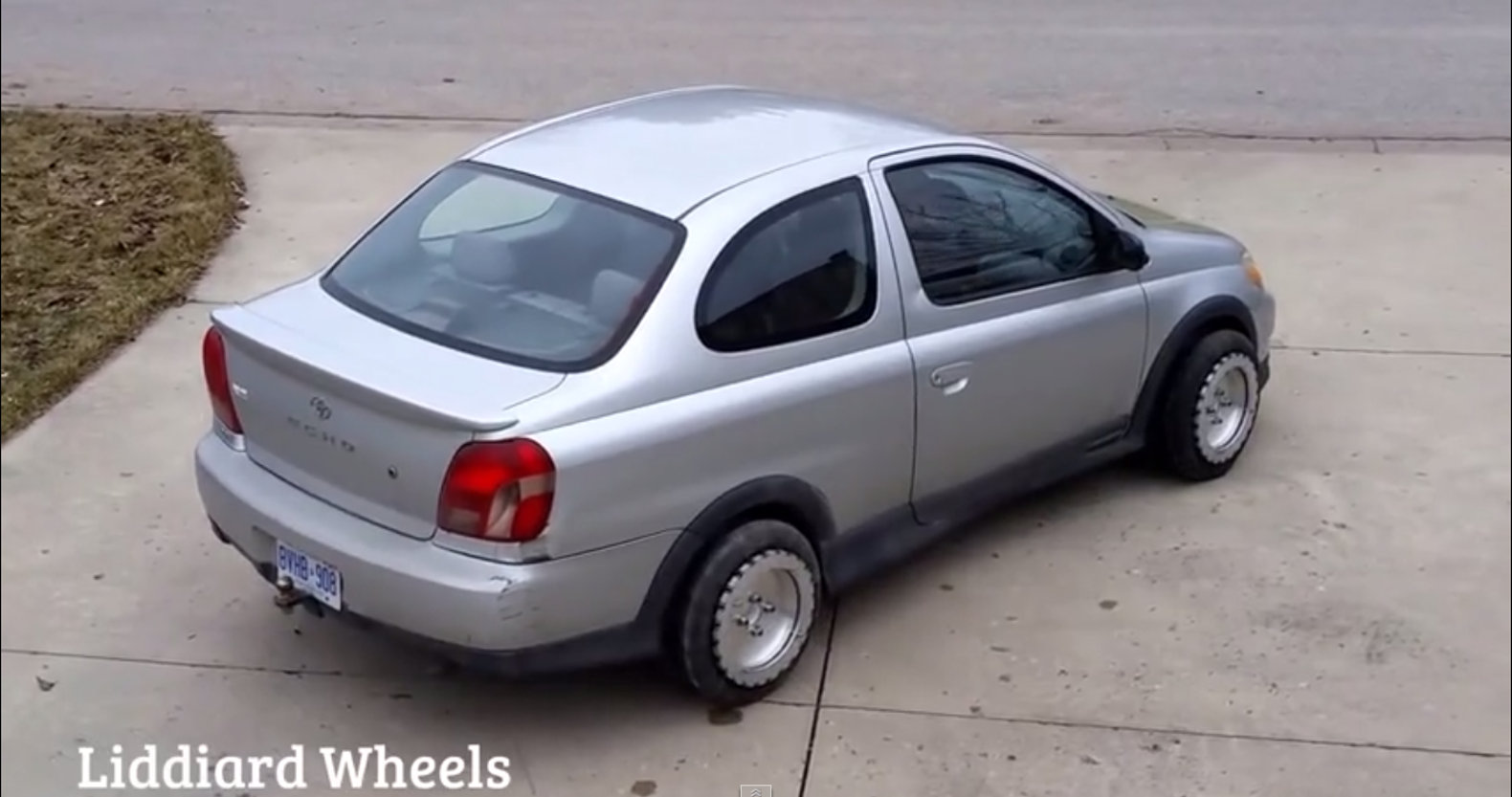 One of the most noticeable innovations in vehicle technology is found right here in these omnidirectional wheels that make it possible to maneuver a car in almost any direction. Parallel parking becomes a breeze, obstacles vanish in the rearview and mimicking any scene from “The Fast and the Furious” is like taking candy from a baby (without all that burned rubber). Canadian car buff William Liddiard created the omni wheels, which he so humbly named after himself. The Liddiard Wheels can be installed on nearly any car or truck, just like other wheel sets. The difference here is that, rather than rotating around an axis, the rubber surface of each tire actually rolls around itself, from the outside in or the inside out, depending on which direction the car is moving. 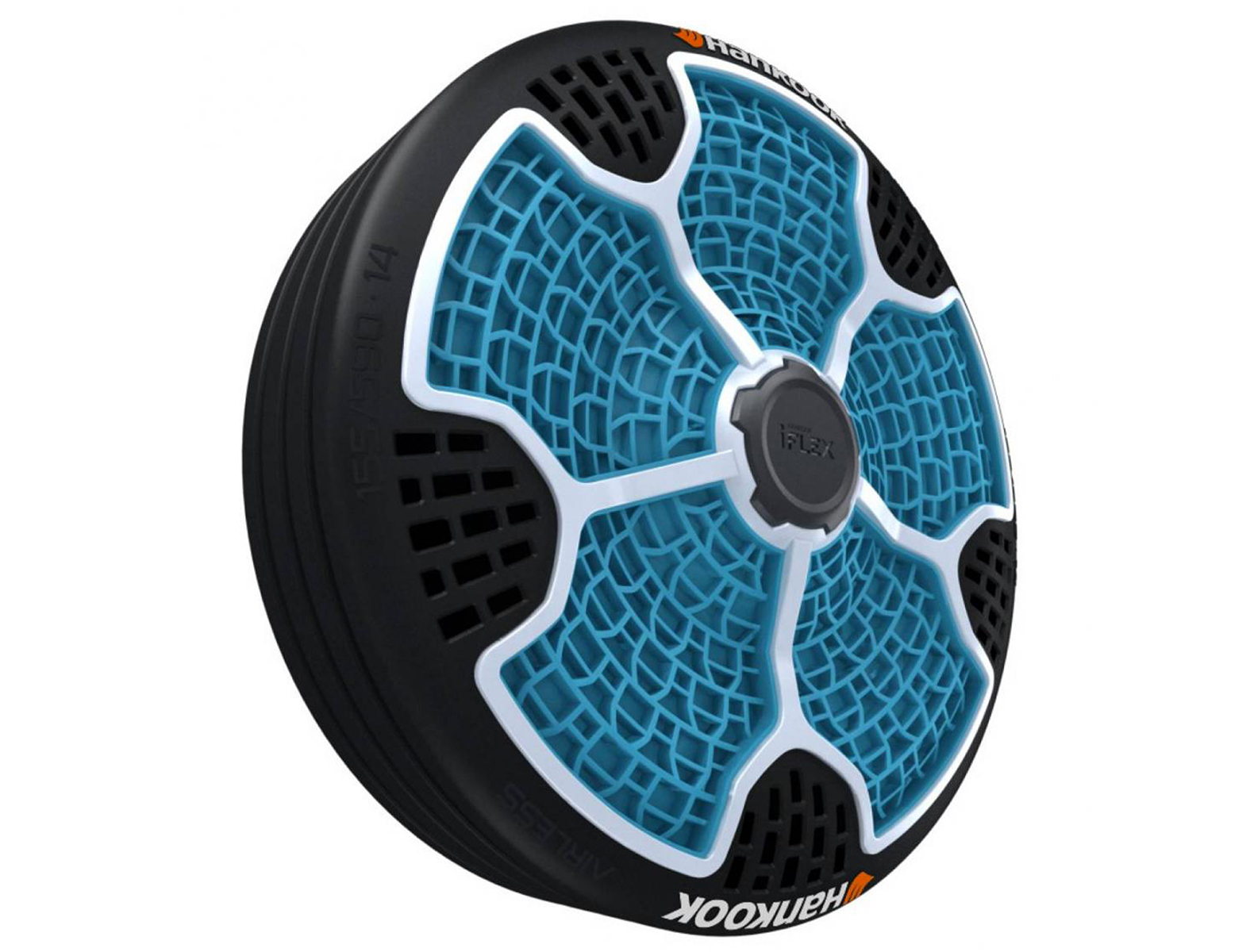 If you’ve ever had to change a tire on the side of the road, you may have asked yourself why nobody has figured out how to make a tire that isn’t so much like a balloon. Well, the folks at Hankook Tire have done that and their latest non-pneumatic (read: airless) iFlex tires are expected on the market soon. The fifth iteration in the company’s line of airless tires, the iFlex series were designed and tested to meet the same performance standards as regular tires, but with 100 percent fewer flats. Hankook is also taking steps to make its tires greener, with recyclable materials and a speedier production process that shrinks its carbon footprint.

Loopwheels have a built-in suspension system 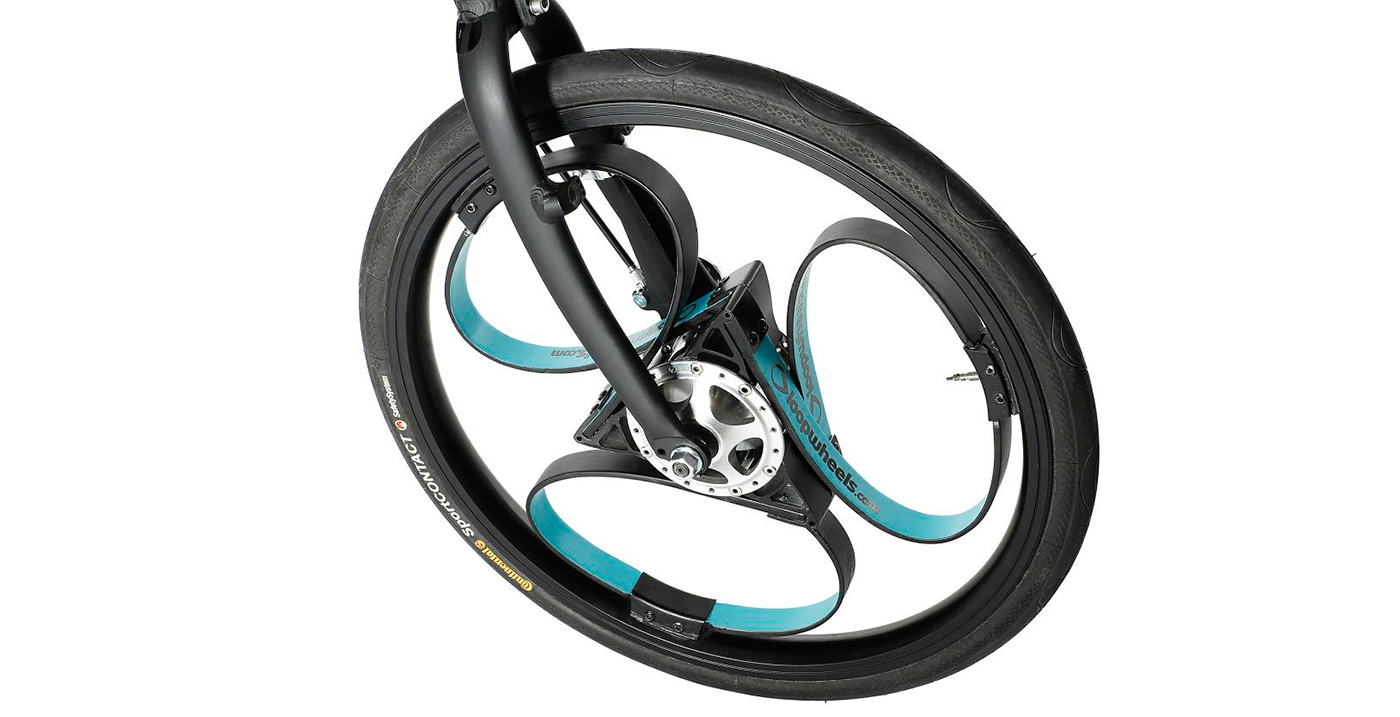 Designed by UK-based Jelly Products, the Loopwheel reinvents the bicycle wheel for a smoother, gentler ride. Traditional spokes are nowhere to be found. Loopwheels instead feature a built-in suspension system designed just for small frame bikes. By making compact bikes more comfortable to ride, Loopwheels’ creators seek to address the “last mile” of many an urban commute. A spring system between the hub and the rim of the wheel cleverly cushions the rider from bumps and potholes, offering the same level of comfort as traditional spoked wheels but in a model that can be easily attached to a folding bike frame perfect for the average commuter. 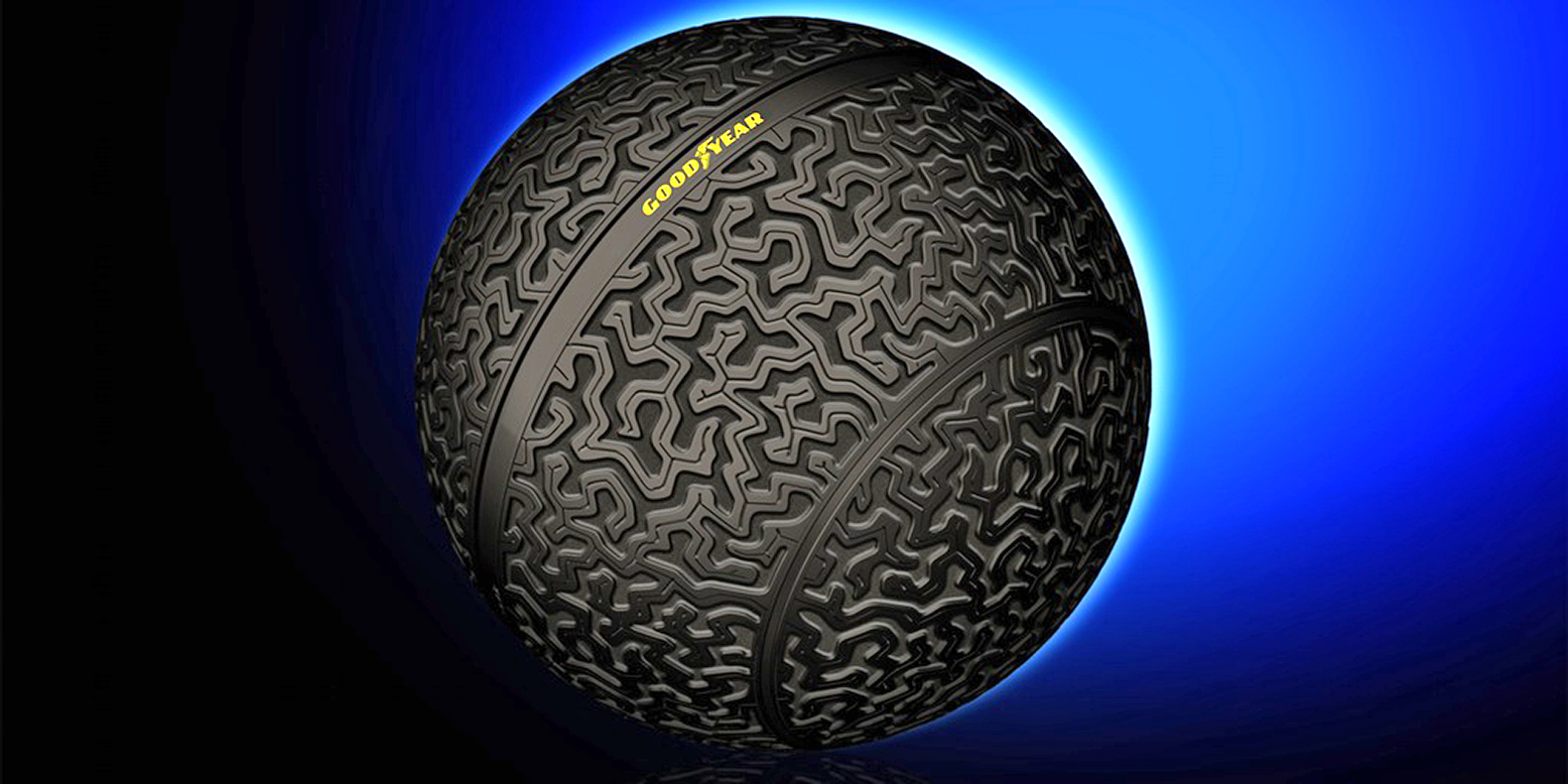 It should come as no surprise that Goodyear appears twice in this roundup of innovative wheel technology. What is surprising, though, is how the company’s engineers really did reinvent the wheel for this one. Instead of the traditional wheel shape we are accustomed to seeing on every car or truck on Earth, Goodyear has designed a spherical tire — yes, that’s right, a ball-shaped tire — that would theoretically make it possible to drive in any direction. Rather than being bolted onto an axle, the Eagle-360 tire would operate via magnetic levitation technology. It would also feature a special non-linear tread pattern, which looks like brain coral and is responsive to conditions no matter which direction the car is rolling. The wheel of the future wasn’t designed for a car, but for a more laid back form of transportation: the skateboard. Unlike traditional round wheels that are prone to breakage, the cube-shaped Shark Wheel created by David Patrick provides a smooth, fast ride that he claims is better than the original. The innovation, like so many before it, was actually the result of an accident. Patrick was working to build new spherical wheels and dropped his piece during the process. The cube-shaped wheel took off rolling and didn’t stop, which kicked off a similar sequence of events for Patrick’s mental gears. The crowdfunded product probably hasn’t taken over your local skate park yet, but it’s certainly kicked down the door for future out-of-the-circle innovations to follow.

Read more from News
News
← EV concepts merge with reality at the Paris Auto Show
AC roundtable: Which Nexus was the best? →