The moon’s birth may have temporarily vaporized the Earth

According to the giant-impact hypothesis, the moon was formed when a baby Earth smashed against a Mars-sized planet named Theia. Scientists believe the collision was relatively gentle, but based on a newly published study by researchers from the Washington University in St. Louis, it might have been much, much more explosive. The team examined moon samples brought back by several Apollo missions and found that they contain a higher volume of a specific potassium isotope than sample rocks from our own planet. Isotopes are variations of an element with different amounts of neutrons.

See, the 2007 model of the giant-impact hypothesis suggests that the young Earth and what eventually became the moon were engulfed in debris and a silicate atmosphere from the low-energy impact. That atmosphere would have allowed them to exchange materials. However, this exchange would have taken a very long time and wouldn’t have been able to explain the team’s findings.

On the other hand, the 2015 model describes a much bigger impact. This version suggests that the collision was so violent, it vaporized not just Theia, but also the Earth’s mantle region that enveloped the core. All the vaporized material would have covered the planet and the small “moonlets” that formed our natural satellite with a dense atmosphere that behaved like a supercritical fluid. That’s what you call a substance that behaves both like a gas and a liquid. The fluid’s tendency to make the perfect cocktail out of different materials would’ve made it possible for the moon rocks to contain the amount of isotopes that they do.

According to the team, their study is the first evidence supporting this newer version, and other scientists will have to conduct their own to ensure the model’s accuracy. Lead author Kun Wang told Space: “We’re definitely hoping more people will follow up and try to confirm our results.” Despite the study’s promising results, we clearly still have a long way to go before we have a more solid picture of the early years of planet and its faithful companion. 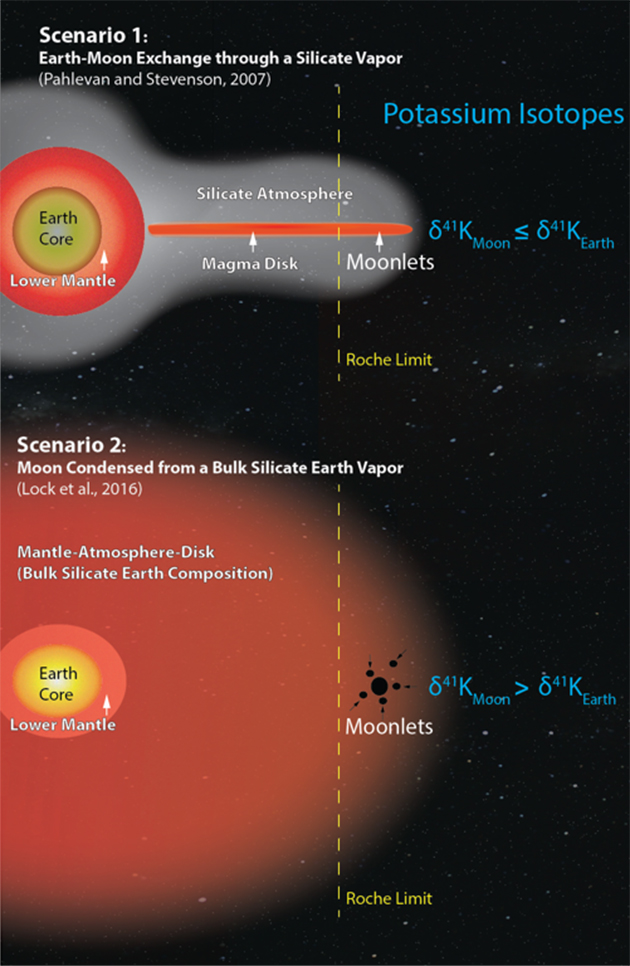