DJI’s Osmo+ has a 7x zoom consisting of 3.5× optical and 2× digital lossless zoom when shooting with 1080p. These specs give the system a focal length ranging from 22mm to 77mm, all “without sacrificing HD quality,” allowing for motion timelapse shots, advanced stabilization, and a powerful camera with the ability of capturing 4K/30fps video and 1080p/100fps in slow motion.

“The Osmo+ opens up entirely new capabilities for creators who love the Osmo’s ability to deliver crisp, sharp and detailed handheld imagery,” said Paul Pan, Senior Product Manager. “From action selfies to detailed panoramas to motion timelapses, the zoom features of the new Osmo+ once again expand the capabilities of handheld photography to push the limits of the imagination.”

Users can extend the arm of the Osmo+ to take advantage of a “moving selfies” feature, which takes crisp front-facing action shots after a quick triple tap of the trigger button. The camera also takes detailed panorama shots that blend nine separate photos into one, and long exposure photographs without the need for a tripod, thanks to its advanced stabilization ability. 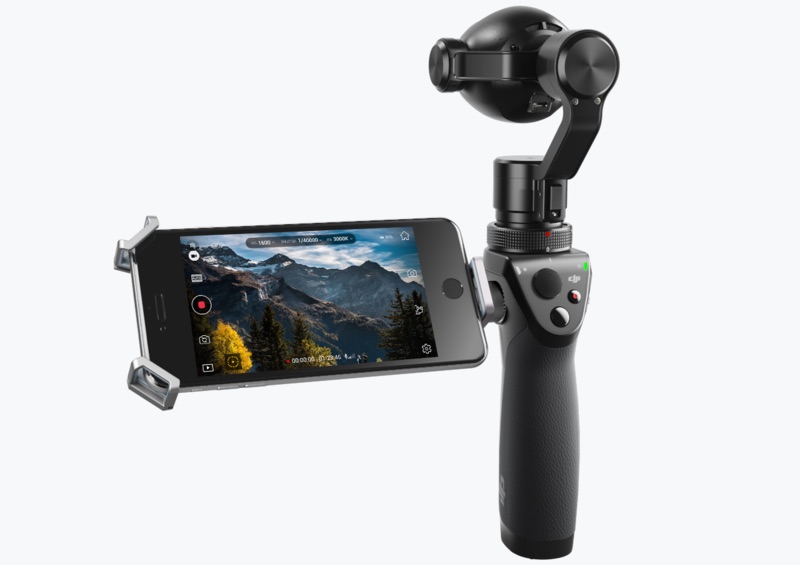 DJI is selling the Osmo+ for $649.00 on its website, with a collection of accessories including a bike mount ($49.00) and universal mount ($25.00), to add extra equipment like a microphone or LED light to the camera.

Tag: DJI
Discuss this article in our forums