USB Type-C is mainstream now. HP and Apple put the new standard on their high-end laptops exclusively, while a number of others are using both USB 3.0 and USB-C. Samsung added USB Type-C to the Samsung Galaxy Note 7, which ensures that we’ll see it on a ton of phones going forward.

In theory, this should be awesome. You can use USB Type-C for charging, transferring data, putting video on external monitors, listening to music and more. And, most famously, it’s reversible.

But using USB Type-C with third-party accessories hasn’t proven to be the seamless experience it should be. I’ve been trying out a number of USB Type-C docks, chargers and other peripherals, only to find that, when it comes to charging and Alternate Mode for video, they work on a case-by-case basis (we haven’t had the same issues with data transfer).

I can’t recommend that you out and buy USB-C chargers and alt-mode docks immediately, unless you know for sure that what you’re buying will work with your specific laptop or tablet.

Take, for example, the Innergie PowerGear USB-C 45 universal charger. We really like this device, because it’s the first third-party power brick that promises to work with any USB Type-C laptop, tablet or phone. Unfortunately, thanks to some picky OEMs, it’s not so universal. For instance, HP’s notebooks block third-party chargers when they’re turned on — meaning you can’t guarantee that it will charge your notebook.

Then there are the alt-mode docks. Oh God, the docks.

Docks that use DisplayLink technology, which requires a driver and treats your video like regular USB data, don’t have trouble connecting to a monitor. However, docks that use USB Type-C’s Alternate Mode, or “alt-mode,” which sends the video as DisplayPort or HDMI signals, are extremely inconsistent. The Dell DS1000, Kensington SD4600P, Plugable UD-CA1 and HP Elite Thunderbolt 3 simply didn’t work with everything we tested. HP limited its dock to work with its computers, while the DS1000, UD-CA1 and SD4600P were complete crapshoots. Depending on the laptop you plug into these docks, they may or may not charge, output video to monitors or display the resolutions promised.

Who is to blame? The dock vendor or the laptop vendor? Does the USB Implementers Forum have any oversight here?

MORE: How to Buy USB Type-C Cables That Won’t Fry Your Gadgets

The USB-IF declined to comment on any specific products, but suggested that those who had issues should contact the vendors or industry groups that are implementing Type-C and alt-mode. This is why DisplayLink-powered docks are still a much better option, even though they require you to install a small software package.

In other words, we need vendors to consistently implement USB Type-C, alt-mode and everything else that comes with it, if we are to have any hope that our chargers, docks, hubs, adapters and adapters will work across devices. 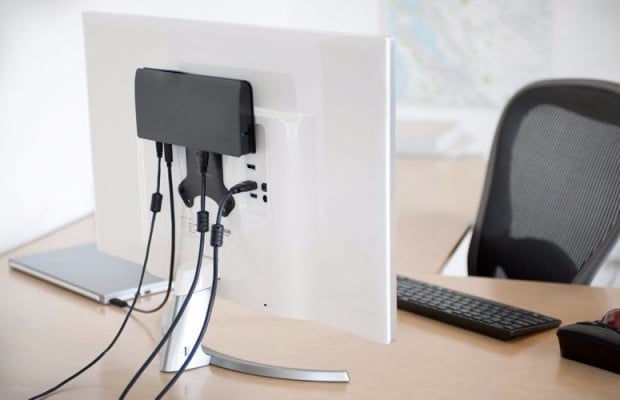 For instance, the Lenovo ThinkPad 13 was my go-to for the SD4600P, but Dell’s DS1000 didn’t want to play nice with it. In the latter’s case, it wouldn’t work with two monitors simultaneously as promised, and some ports, like VGA and HDMI, didn’t work while using DisplayPort. I had to switch to a Dell XPS 13 to get the results I wanted.

HP appears to be one of the biggest roadblocks, often blocking third-party USB-C accessories, likely due to fear of what a poorly made or counterfeit charger could do to a device.

“Are we being too conservative?” HP vice president Mike Nash asked PCWorld late last year. “I don’t think so.”

Just this week, the USB-IF announced the rollout of a USB Type-C charger certification program, where accessory makers will submit their power bricks for testing and be able to put a logo on them, showing that they are “safe.” However, we don’t know whether this program will have any effect on laptop manufacturers and their desire to block third-party chargers.

Until we get to a point where all vendors use the same spec, users are out in the cold.

You never have to wonder whether the generic micro USB phone charger you picked up at the airport store will power your LG or Samsung phone. And you shouldn’t have to worry about whether the USB Type-C charger you got at the corner store will juice your HP, Dell, Lenovo or Asus laptop.

Until we get to a point where all vendors use the same spec, users are out in the cold. Should they buy the dock they need? Will it work or will it serve as an expensive paperweight instead of delivering power? Is it worth your money to get an accessory that may or may not work? Be sure to check the vendor’s compatibility list, if there is one.

USB Type-C is great. It’s the future. I want vendors to pick it up even more rapidly than they have. But for the new standard to meet its potential, everything you want to plug into it has to work, no matter what company’s computer or phone you’re buying. If you’re buying something with a driver to deliver data, you’ll probably be fine, but the promise is that everything — everything — will work out of the box. That’s not the case yet. Hopefully, it will be one day.

Until then, purchase with extreme caution. Or hold off.

Read more from News
News
← The Public Access Weekly: Weird science
After Math: All of them →