On Wednesday, Republican presidential candidate Donald Trump stared directly into a camera during a press briefing and said: “Russia, if you’re listening, I hope you’re able to find the 30,000 [Hillary Clinton] emails that are missing. I think you will probably be rewarded mightily by our press.” This remark came after thousands of hacked emails from the Democratic National Committee were released by Wikileaks; the FBI has indicated it believes Russia was behind the attack. Trump has since said he was being “sarcastic” and his campaign manager denied claims that the candidate was calling for Russia to hack anyone.

But that didn’t stop Democrats from denouncing his language in the strongest of terms. “This has to be the first time that a major presidential candidate has actively encouraged a foreign power to conduct espionage against his political opponent,” said Hillary Clinton’s campaign. (What the Clinton campaign didn’t mention is that this sort of maneuvering isn’t entirely unheard of, even within the Democratic party.)

And at least two speakers at the Democratic National Convention directly took Trump to task for his comments. “This morning, [Trump] personally invited Russia to hack us,” said retired Navy Admiral John Hutson. “That’s not law and order. That’s criminal intent!” Former secretary of defense Leon Panetta said: “[Trump] asked the Russians to interfere in American politics. Think about that for a moment. Donald Trump is asking one of our adversaries to engage in hacking or intelligence efforts against the United States to affect our election.”

If the tone from speakers at the DNC was severe, the sampling of delegates and attendees that I talked to on Wednesday were resigned to Trump saying whatever he wants with essentially no backlash. “It’s Trump, so you never know what his one-liner is going to be,” said Patricia Slovacek, a longtime Clinton supporter and delegate from Austin, TX. “It’s like crying wolf: You call so many times that even if something he said was true we wouldn’t know.” 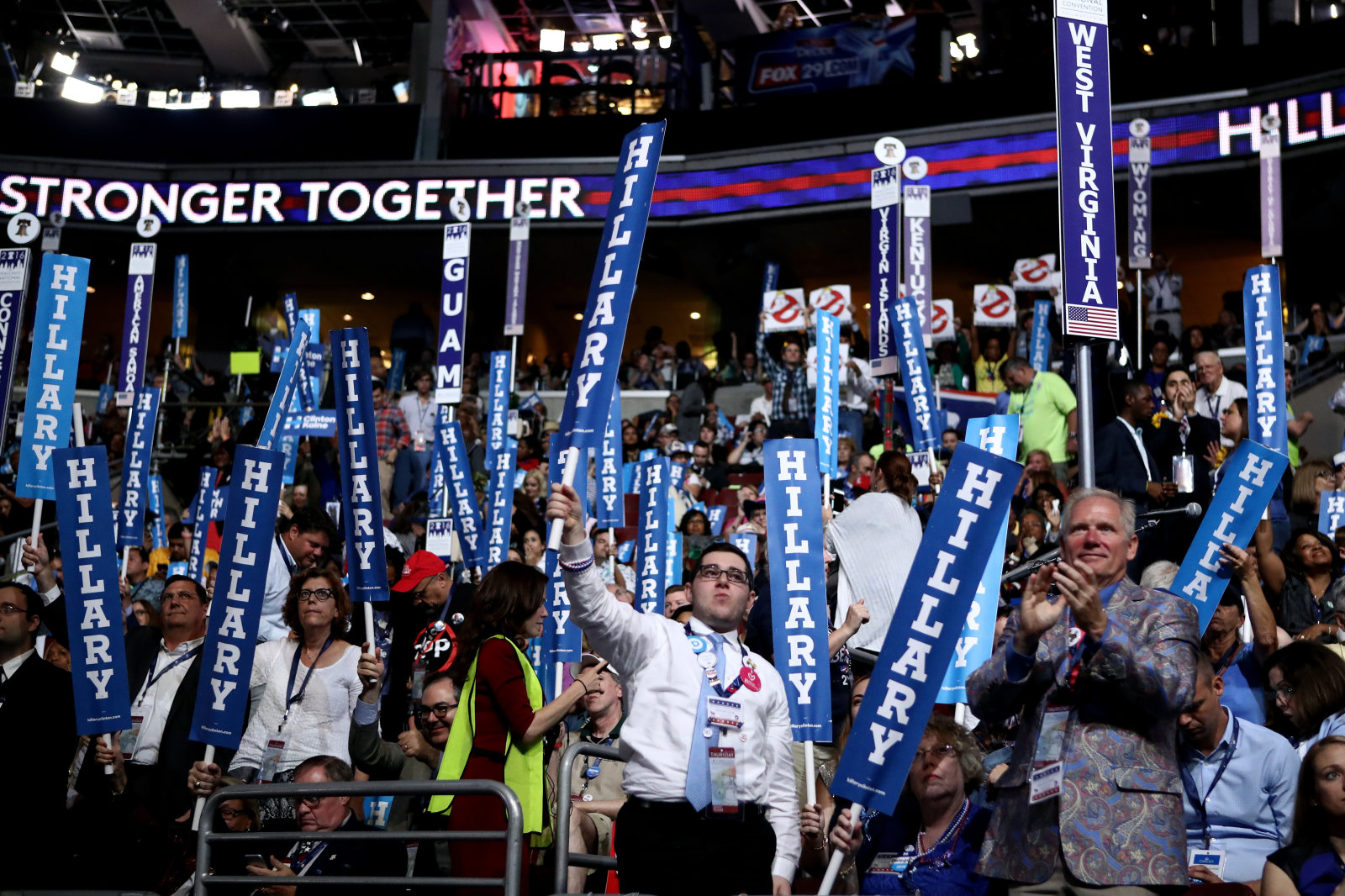 That sense that Trump can say whatever he wants and suffer no consequences was a common thread among people I interviewed. “What is he thinking? That is going to help us how? Yes, let’s promote state-sponsored terrorism,” sighed Stacey Anderson, a Hillary Clinton supporter and delegate from Montana. Along with that resigned feeling, attendees felt this was just another example of Trump “trying to use fear to get people to vote for him,” as Anita Green (a Bernie Sanders delegate from Montana) put it.

This was a point on which Clinton and Sanders supporters aligned. “He’s still a buffoon, he’s still a quasi-fascist authoritarian xenophobic racist piece of shit,” said Zachary Benton of Washington, “but no, my opinion hasn’t really changed [because of his comments].” Benton and his companion Megan Little from Washington described themselves as the type of people who would support a “true progressive” despite how Sanders’ campaign for president ended.

Unsurprisingly, most Bernie Sanders supporters I spoke with had very different feelings about the impact of the leaked emails. Some of those emails revealed what can easily be interpreted as favoritism from the Democratic National Committee for Clinton over Sanders. “It was validation for how I was already feeling,” said Little. “It kind of proves to the rest of the country that there was some serious wrongdoing.” Tony Floria, a Sanders-supporting delegate from Indiana, was a bit more measured in his criticism. “Here’s a slight political scandal in which some officials of the DNC behaved in ways that were highly unprofessional, maybe unethical, when they were supposed to be neutral,” he told me.

But it didn’t really change his opinion of Clinton: He prefers Sanders, but was willing to admit that Clinton isn’t the devil she’s made out to be by a pocket of Sanders supporters. “I’m highly critical [of Clinton], that’s why I’m a Sanders supporter. I think she has been at the center of some of the worst decisions — for instance, she was one of the many suckered in on the Iraq war vote.” But then Floria gave her some surprising credit. “There’s been a number of other decisions she’s made in her career that I support and admire, like her advocating for healthcare reform,” he says. 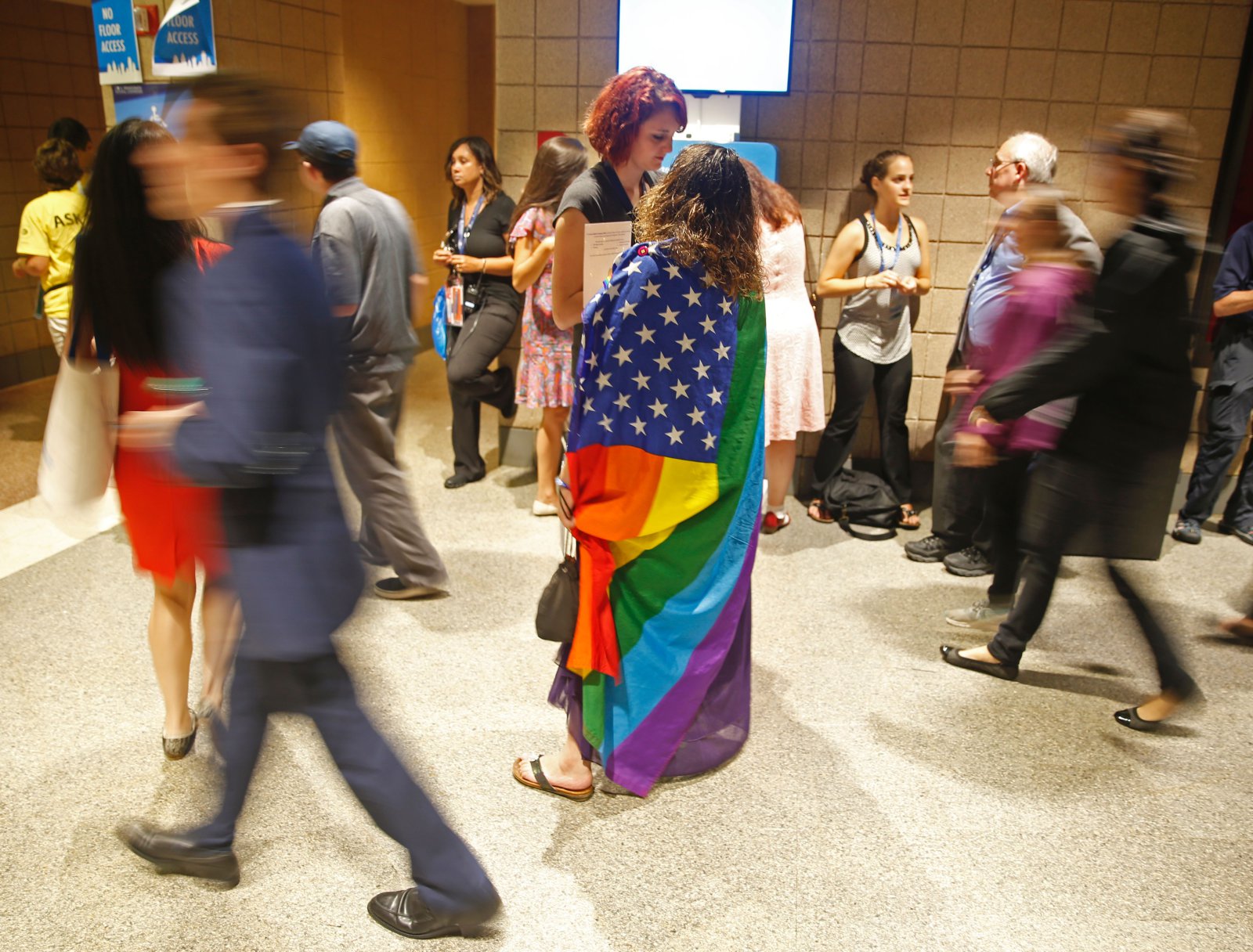 Most Clinton supporters didn’t take major issue with the content of the emails that got some Sanders backers so angry. “I think that we have all said things and emailed things that we regret,” said Stacey Anderson, the Clinton supporter and delegate from Montana. “I don’t feel like any of those were showing any across the board cohesive conspiracy plan.” Mark Glaze, a consultant working in Washington, DC on reducing gun violence, agrees. “I’m a Hillary supporter, and still it’s an outrage that the DNC didn’t retain neutrality,” he said. “But even so, it’s clear it had no effect on the race and it’s not a reason for the kind of agitation the Bernie supporters are showing.”

Ultimately, many people I talked to said despite the email controversy, the party needs to pull together if it wants to have a shot of winning the election this November. “It’s time for the party to unite and get together, because it’s the only way we’re going to defeat Donald Trump,” said Ernest Morris, a delegate from the US Virgin Islands. “And as a country, we must defeat Donald Trump.” After two weeks of conventions in which both the Republicans and Democrats showed more internal dissent than is usually seen at these events, it feels like whichever party can overcome that tension and pull its supporters together will have a good shot at success this fall.