After spending eight hours researching 24 top gaming mice, putting in 11 hours testing seven semifinalists and having five people use three finalists to play games for hours apiece, we’ve concluded that the Razer DeathAdder Chroma is the gaming mouse most people should get. It’s a slightly upgraded version of our previous favorite, the Razer DeathAdder Classic, and our panel testers (and other reviewers) preferred this mouse over the competition for its comfort, simplicity and highly customizable software.

Gaming mice give you more buttons to play with, more ways to customize what they do, better comfort, and flashier looks than a simple two-button mouse. They can also be more accurate than normal mice due to higher-quality optical sensors and settings that are optimized for gaming. If you already have a mouse you like, you don’t need to get a new one unless it offers a hardware feature you really want, such as more buttons, a new button layout, or special lighting. 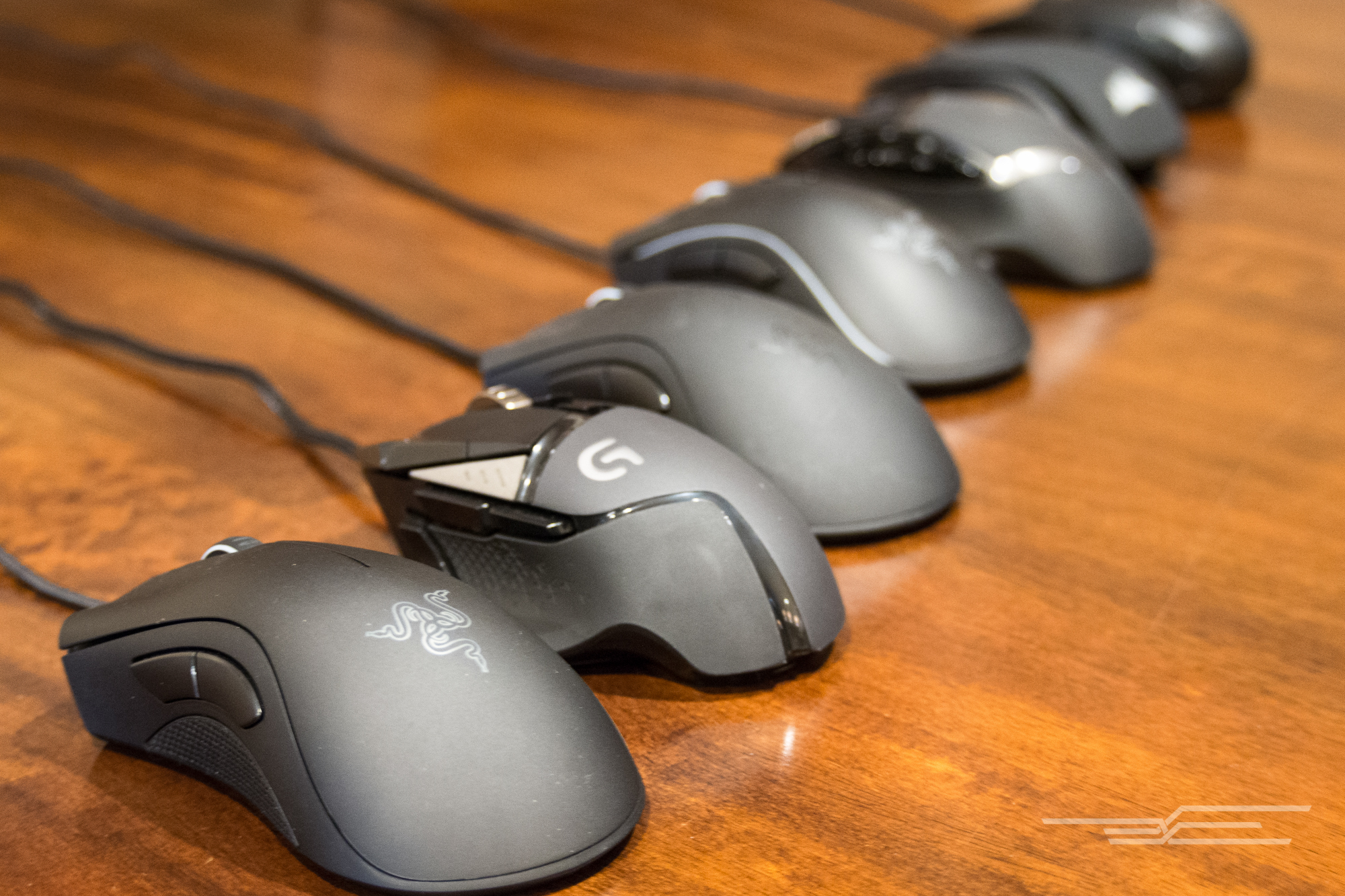 Most of the models in our test group are wired mice. If you need a wireless gaming mouse, avoid those that can’t recharge while connected to your computer via USB. Photo: David Murphy

For this review, we surveyed 147 Wirecutter readers to get a sense of their gaming habits and mouse preferences. Everyone who responded used either a right-handed mouse or an ambidextrous mouse, and even the lefties moused with their right hand for gaming. Only 8 percent said they used a gaming mouse with more than 10 buttons, and only 3 percent told us they wanted that many buttons on their next gaming mouse. We focused on right-handed mice with fewer than 10 buttons and set a price limit of $100, because over half of our survey respondents said they’d pay between $51 and $75.

To come up with our list of seven semifinalists, we scoured reviews from trusted publications like PC Advisor and PC Gamer, and read gaming mice advice from Red Bull and the Overclock forums. We used and evaluated each semifinalist for a few hours before settling on our final three contenders.

We sent our finalists to four Wirecutter staffers and friends to evaluate. Our testers’ hand sizes varied from small to gigantic and they covered all three grip styles. We asked each person to use each mouse for up to four hours and to fill out a questionnaire about their experiences. We also used MouseTester to evaluate the three mice across a number of key characteristics, from tracking speed to sensitivity. 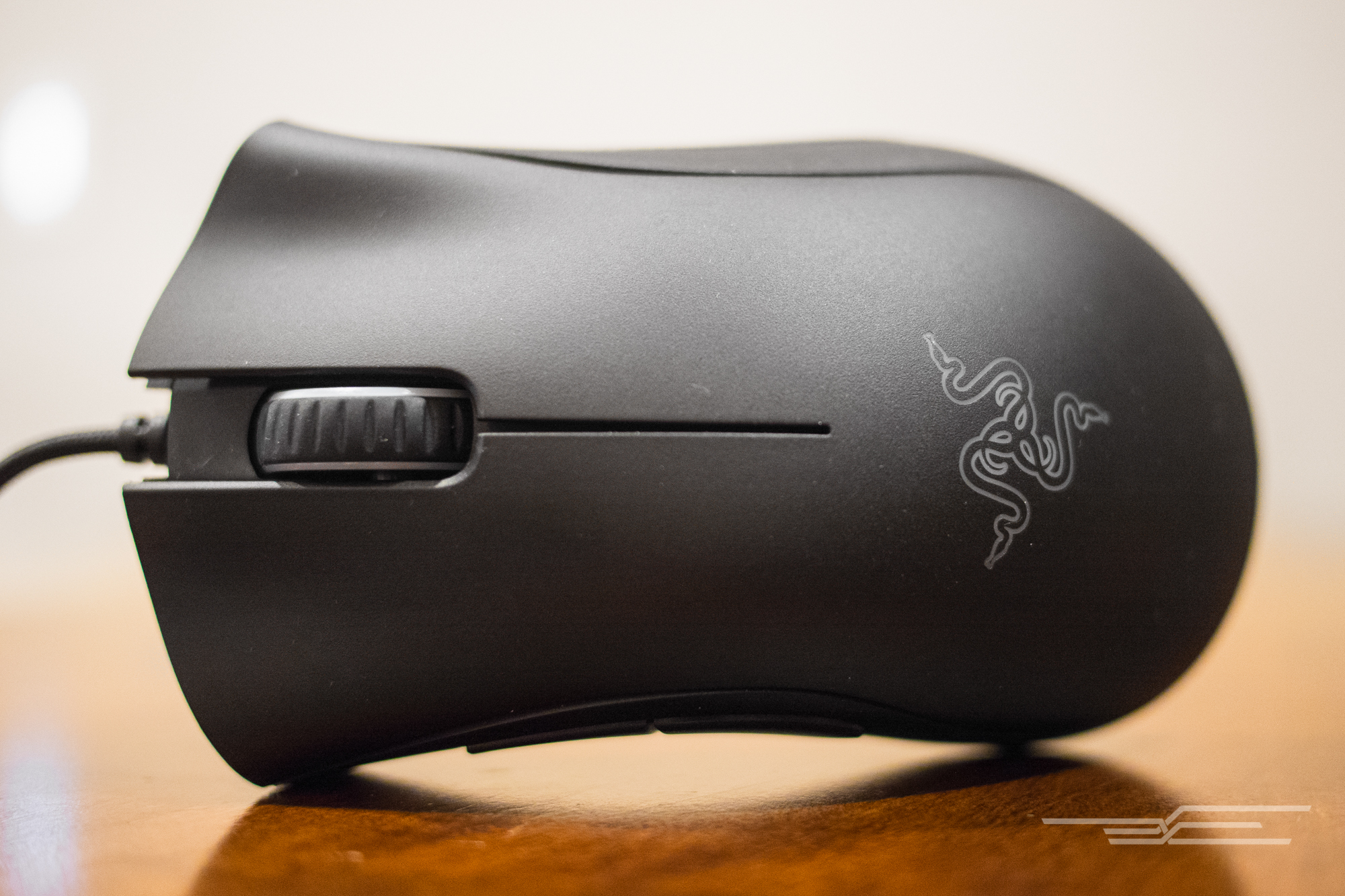 The Razer DeathAdder Chroma is the best gaming mouse for most people. It’s comfortable for a wide range of hand sizes and grips, and it has a simple, effective design. Razer’s Synapse software gives you lots of customization options, and it’s easier to use than other companies’ mouse software. The Chroma’s subtle lighting adds a playful touch that doesn’t overwhelm your eyes (or desk) with color. And it passed all of our MouseTester tests.

The Chroma is around 5.13 inches long, 1.5 inches high and 2.75 inches at its widest. At 3.2 ounces, it’s among the lightest mice we tested and it doesn’t allow you to increase its heft by adding weights. Razer places two supplemental buttons above the curve your thumb sits in and they’re well-sized and easy to tap. That isn’t a huge number of extra buttons for a gaming mouse, but as one of our panel testers described, “Me and the side buttons got along well. And two more side buttons are all I really need for most games.”

Almost all gaming mice come with customization software and Razer’s Synapse is the best of the suites we tested. It balances lots of customization with easy setup, even for newbies. It’s a lot simpler and more straightforward than the competition’s.

A runner-up with more buttons and adjustable weights 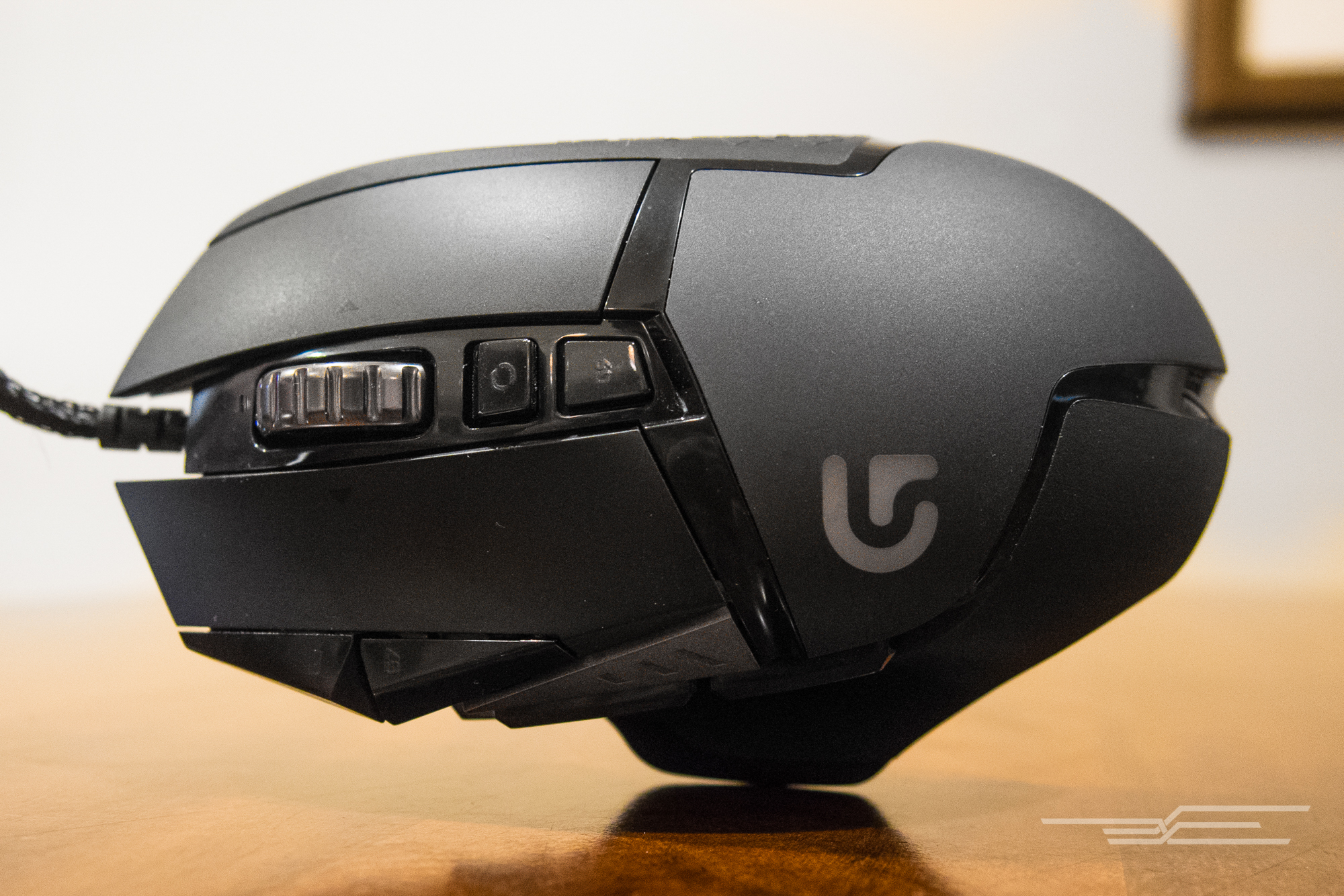 The Logitech G502 Proteus Spectrum is a great alternative if you need a mouse with a lot of buttons. It has twice as many as the DeathAdder Chroma and you can customize their actions using Logitech’s Gaming Software, which is a little more confusing than Razer’s Synapse software.

Among our panel testers, this mouse’s design was more polarizing than that of Razer’s DeathAdder Chroma: Some found it very comfortable to use and praised the features that it offers and our primary pick lacks, such as its built-in thumb rest and adjustable weights, and others thought this mouse looked strange (like “a Christopher Nolan–era Bat Tank”) and felt “odder” than our primary pick.

If your mouse gets dirty — which can affect its responsiveness and movement accuracy (and make you think your mouse is broken when it isn’t) — blast any dust or hair out of the sensor with some compressed air. (Do it from a distance so you don’t harm the sensor.) You could also clean the sensor, as well as your mouse’s dirty, rubber feet, with some rubbing alcohol and a Q-tip. Use a little water or rubbing alcohol to clean the top of the mouse, but let it dry fully before you plug it in and start using it again. If you’re having issues with your mouse’s buttons, contact the manufacturer for warranty service.