If your sole guidance on an industry was the share price of the market leader, then you’d definitely consider it a tough 12 months for action cameras. That said, newcomer So Special Labs isn’t put off. In fact, it thinks its Mokacam GoPro rival might just be the tonic the product category needs. The 4K action camera packs a dual punch of being small and reasonably priced. At $270, it’s more than $200 cheaper than GoPro’s flagship 4K camera, and it deliberately tries to improve on its rival pain points. With all of that going for it, is the diminutive Mokacam able to compete with the biggest name in this space?

Going by the marketing, you’d think the Mokacam’s key selling point was its size. On its hugely successful Indiegogo site, the company claims three separate times that the device is the “world’s smallest 4K camera,” and that’s before you even get to the details of the product. The main website also repeats this claim throughout and boasts, “The only risk you run is not being able to find it in your bag.” Spoiler: I can confirm that it’s quite easy to find in most bags, though it is indeed on the smaller side.

The problem with the size claim is that at 45mm x 45mm x 30mm, the device isn’t that much smaller than an unadorned GoPro Hero4 (41mm x 59mm x 30mm). And depending how you measure it (if you just measure the body and ignore the lens), my ruler suggests the Mokacam might not be smaller at all. The GoPro Hero4 Session is definitely more compact than the Mokacam, but then again, it doesn’t shoot in 4K. Last, once you add the waterproof case to the Mokacam (required if it’s going to get wet), it’s actually bigger than any housed GoPro Hero4 — so I’m not sure why the company placed so much emphasis on the footprint. 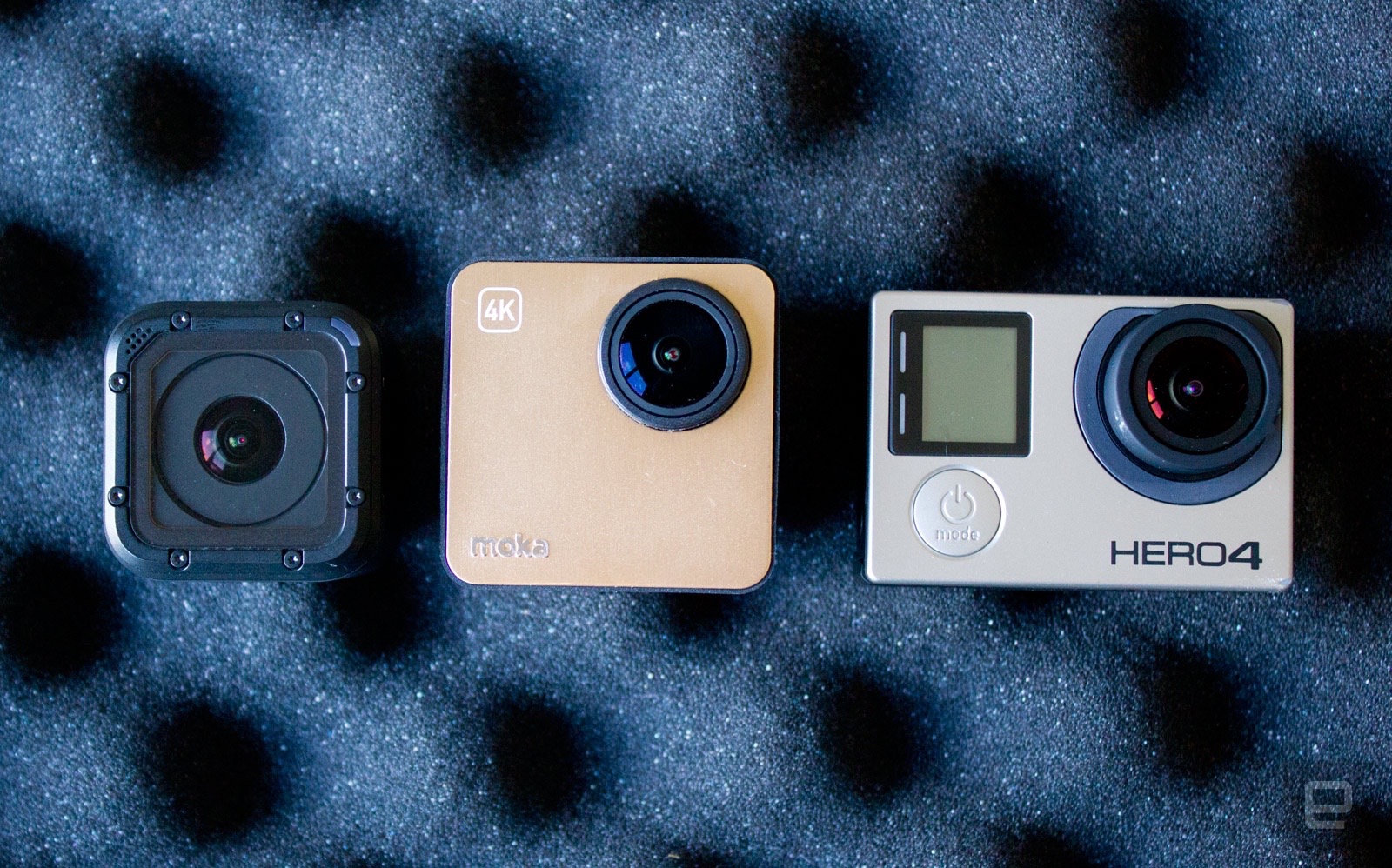 The size brag seems even less necessary once you look at the spec sheet. The Mokacam has a pretty robust feature set that includes a 16-megapixel sensor (the GoPro Hero4 Black has 12); 4K video shooting at 25fps; a decent Sony sensor; and hot-swappable, magnetic batteries, plus software stabilization and motion detection. Some of these features address major pain points found in all action cameras, but a few feel specifically targeted at GoPro (battery life and the lack of image stabilization come up again and again in GoPro forums).

Mokacam wouldn’t be the first action camera that relied on unique features to stand out. Garmin’s VIRB series trades on the company’s GPS heritage, and TomTom added auto-editing, while others bet on price. The Mokacam, for its part, tries to solve genuine problems rather than create gimmicks. I already mentioned the hot-swappable magnetic 1,100 mAh batteries, for instance.

This is a genius idea that theoretically lets you record forever (at least until your memory card fills up). The magnetic back also means you can mount the Mokacam on metal surfaces directly, no accessories needed. In a similarly practical vein, the attachable LCD screen has its own battery and thus doesn’t drain the one inside the camera. 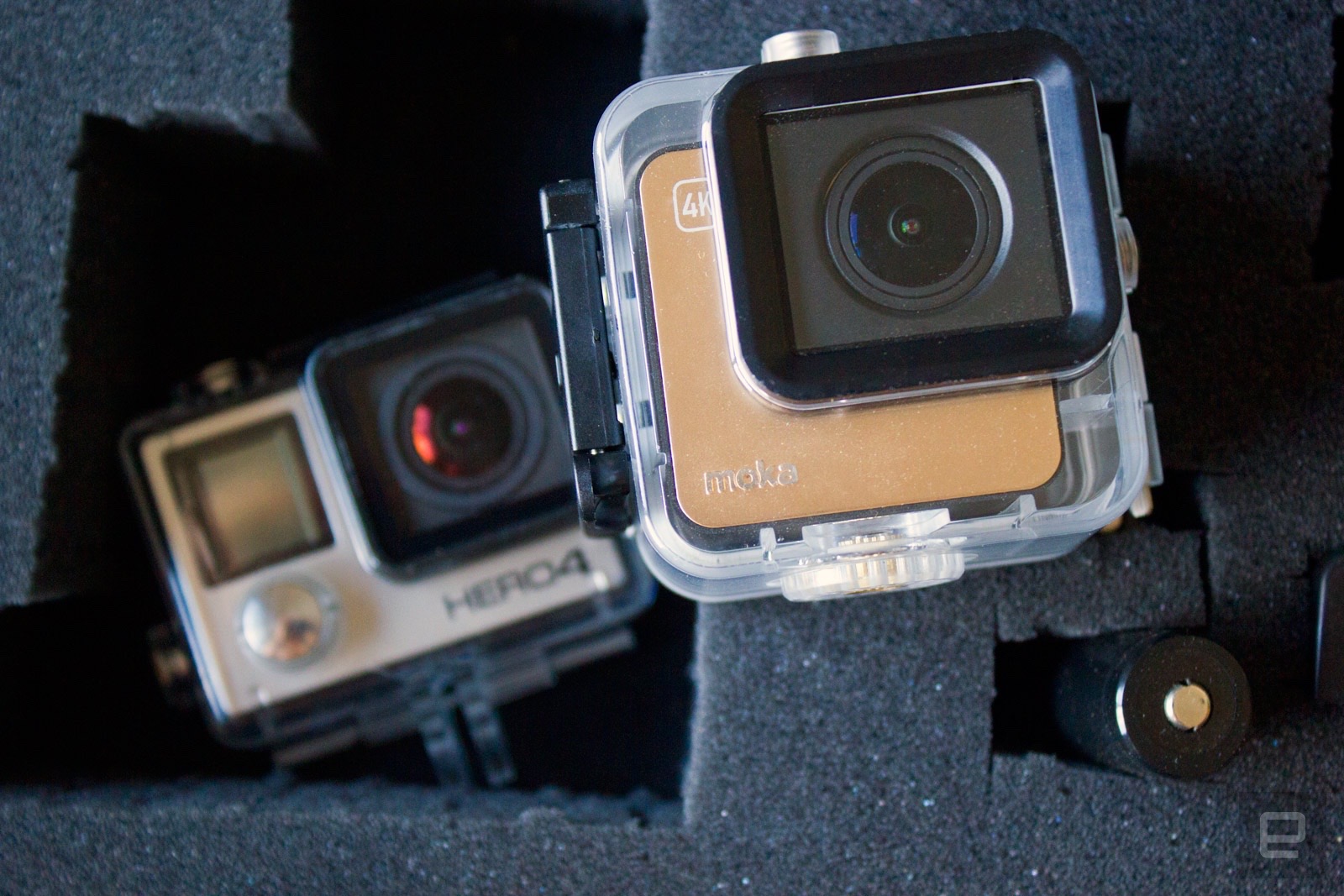 It’s not just the hardware design that’s thoughtful. The software — on both the camera and the app — also has clever features. First up is software stabilization, which I found wasn’t as smooth as the OIS found in the iPhone 6s Plus. Still, it’s better than nothing. Then there’s the motion detection. With this, you could use the Mokacam as a security camera or capture wildlife shots. Other cameras have similar features, but their inclusion here shows Mokacam’s makers are eager to please at both the hardware and software level.

Smart hardware and clever code are only as good as their delivery, though, and this is where things go a little off track for the Mokacam. Those hot-swappable batteries? A great idea and fun to snap on, but they can be knocked off during an activity (unless you’re using the case, that is). And the LCD screen? It works well enough, but the menu system isn’t intuitive. Many key features, including motion detection, are hard to find. The menu screens on the LCD are generic and look like they’d be more at home on an off-brand MP3 player from 2009. Neither of these accessories works with the optional stabilizer accessory (itself a good product, and was used in the sample video in this article).

I’d like to say that the Mokacam was also designed for ease of use. It probably was, but the reality isn’t so straightforward. It’s nice that there’s an app and an LCD screen to control the camera, but there’s barely any feedback on the camera itself. One single, tiny LED on top of the camera tells you whether the device is on, recording or taking a picture — and it’s barely visible in the waterproof case. To switch between video and photo mode, you tap a button on the side; an equally small LED provides feedback here. It’s easy to press this button by accident without realizing it. It’s also the same button that you use to activate WiFi, with a long press. Doing so dims that top LED enough so that it looks like the camera is switched off (it isn’t). 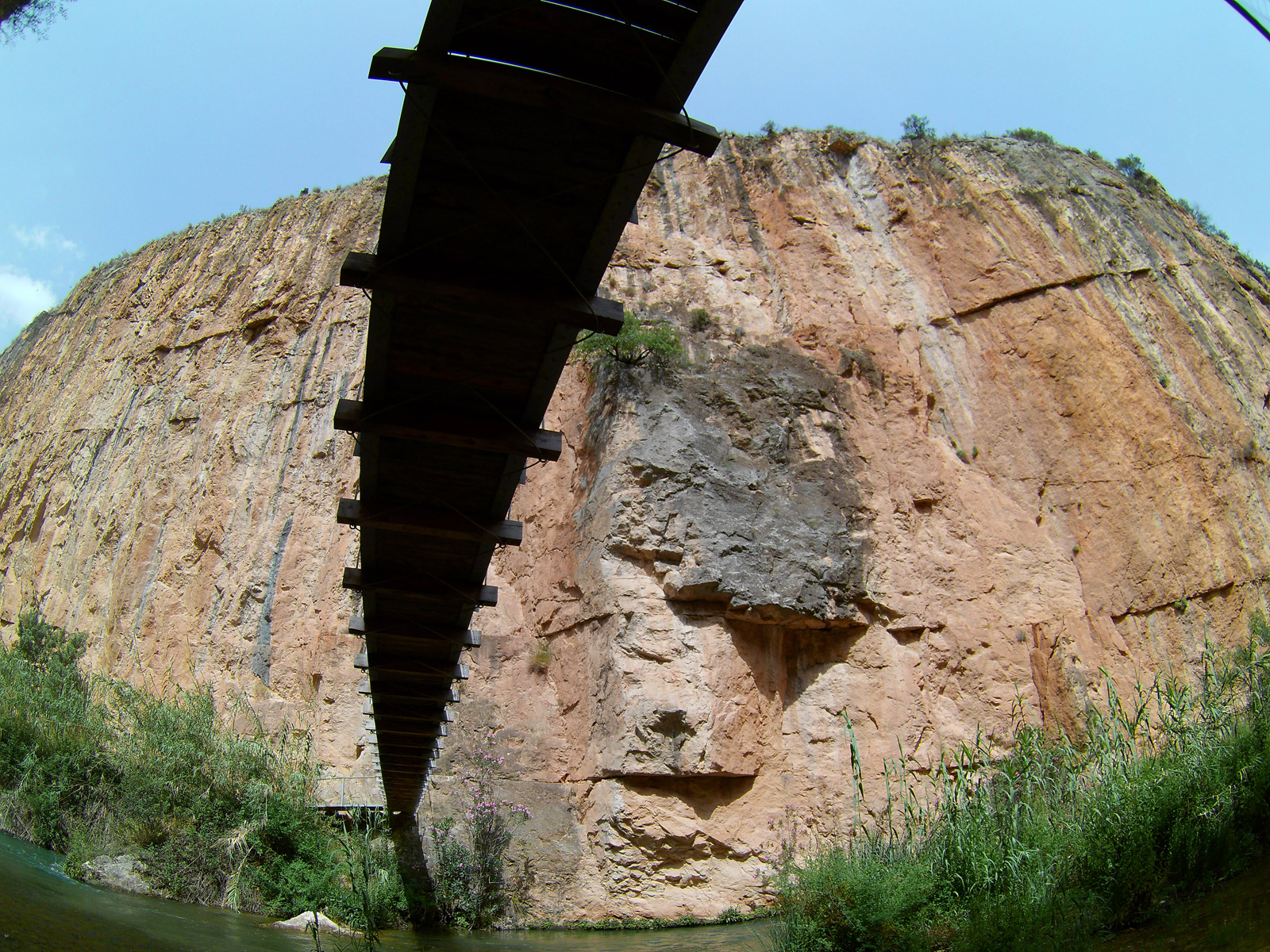 By the way, you’ll want to enable WiFi so you can use the companion app. You might wish you hadn’t bothered, though, as the software needs work. On Android, I could barely get it to run at all. I successfully connected to my phone precisely one time. The iOS version works much better but still lacks many of the menu options the LCD display provides, and it’s pretty ugly too. Other oddities include the option for 20-megapixel mode, even though the camera’s sensor has 16 megapixels, and the 4K video mode isn’t accessible here either. So unless you have the LCD (which is technically $50 extra), you’ll have to wait until the app gets updated before you can use it. Thankfully, an update is indeed in the works, the company tells me.

This is a first-generation, crowdfunded product. So I’m willing to cut it some slack if the image quality is on point. The slider below contains two versions of the same shot, one from the GoPro Hero4 Black (right) and one from the Mokacam (left). The two had near-identical settings (mostly auto). You’ll see that the Mokacam’s higher resolution results in sharper detail on the trees and other busy objects. You’ll also notice that the color is much more vivid. This may initially make the image more pleasing to the eye, but the GoPro’s color reproduction is actually much more authentic. That is to say, the Mokacam is boosting the saturation on the camera. 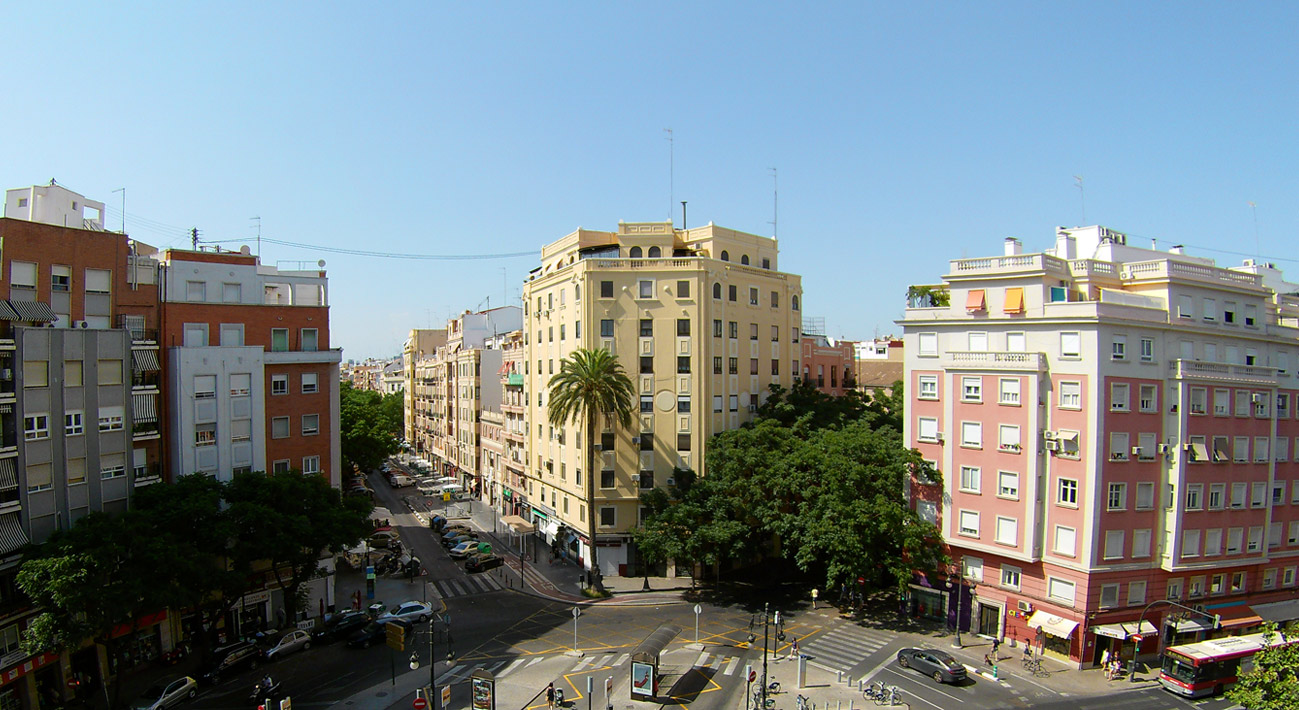 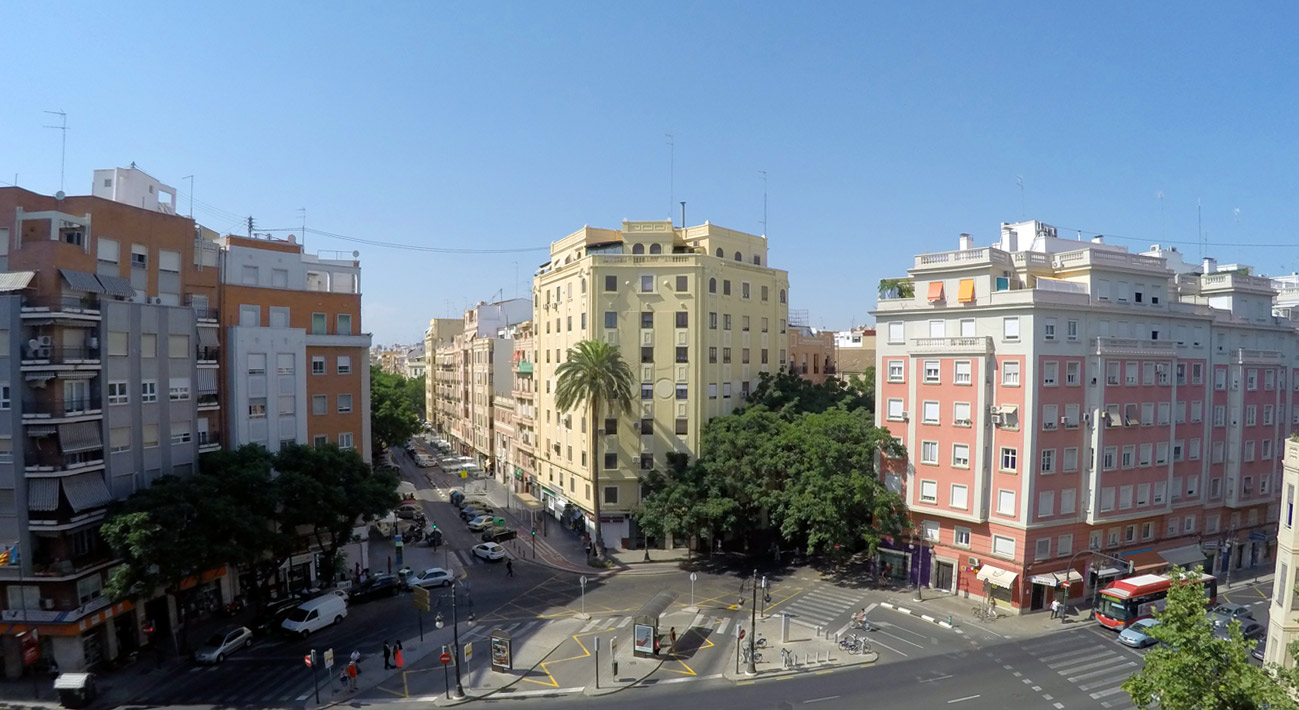 As for video, the results are pleasing. The general image quality is good, and there’s no screen door effect either. Colors don’t seem as amped as they do in photo mode, but there might be other factors at play. Bright backgrounds can blow out the image a touch — the cheery blue Spanish sky in the sample below seemed to come out white — and at times there’s what appears to be lens distortion. There is an option to remove that on the camera, which is a real time saver, but it’s not always practical out in the field. Overall, though, the Mokacam is good enough that, combined with price, it makes a strong case to those not willing to spend more than $300 on a camera they may only use occasionally.

Ultimately, could the Mokacam be my go-to for outdoor activities? Not right now. I love the creative thinking behind the batteries, the self-powered LCD and the ability to mount it magnetically. The camera delivers decent photos and video too. The issue for me is the usability. Simplicity is good, but visual feedback and functionality are better. Still, at $270 for a fully loaded bundle (with extra battery, LCD, waterproof case, remote and carry pouch), you might consider a few lost or accidental videos worth it.

Read more from Reviews
News, Reviews
← DJI and Hasselblad team up for a souped up photography drone
European Commission to Reach Decision in Apple Tax Probe by October →