The Good The LG SH7B offers excellent performance for the money, particularly for movies. The connectivity on offer is better than most competitors with HDMI, optical, Bluetooth and Wi-Fi. Streaming options include Google Cast, Spotify and Pandora.

The Bad Adding surrounds is a little ad hoc. If you want to listen to music, a dedicated stereo system will sound better for the money.

While Samsung and LG may be known variously as “those TV guys,” or even “they make cell phones,” both have been making inroads into audio for some years. Samsung says it wants to compete with Bowers and Wilkins, and LG was collaborating with hi-fi specialists as far back as 2008.

While LG’s partnership with Mark Levinson was short-lived, the company has seemingly been focused on sound quality ever since. The last few years of LG sound bars have been largely excellent — see 2015’s LAS751, for example — and the SH7B continues in this tradition.

For a $400 sound bar, the LG SH7B has a few more features than most in its price class, including multiroom streaming, Bluetooth and an HDMI input. Its performance is also a cut above competitors with a skilfully blend between the wireless sub and sound bar. While it’s best for movies, as most sound bars are, if you’re looking for a music player as well it will also do a more than creditable job. 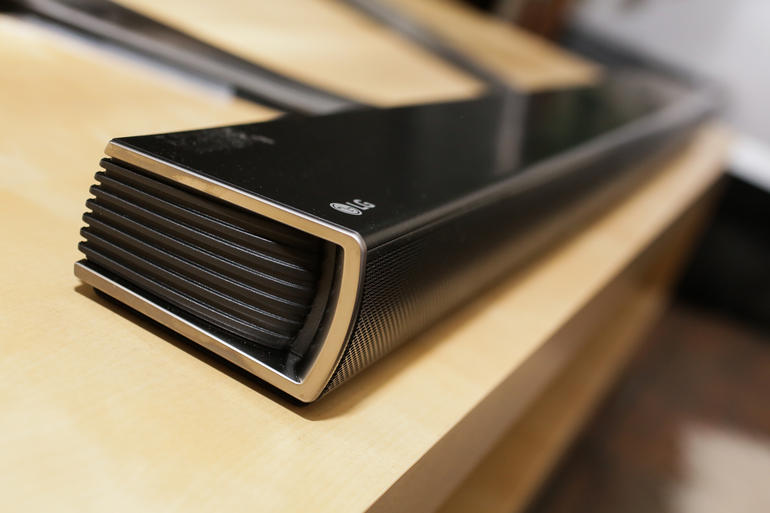 The LG SH7B is a wireless soundbar and subwoofer combo which offers excellent performance and a wealth of connectivity options.

Slimline and discreet, the LG doesn’t impose itself too much on your living area. It’s roughly 42 inches wide and 2 inches high — and designed to complement 49-inch TVs — and the design features a mesh grille and finned ends. The LED display pokes through the grille and informs you of volume or your input. As the SH7B lacks an onscreen display, most of the functions are performed via this one-line readout. 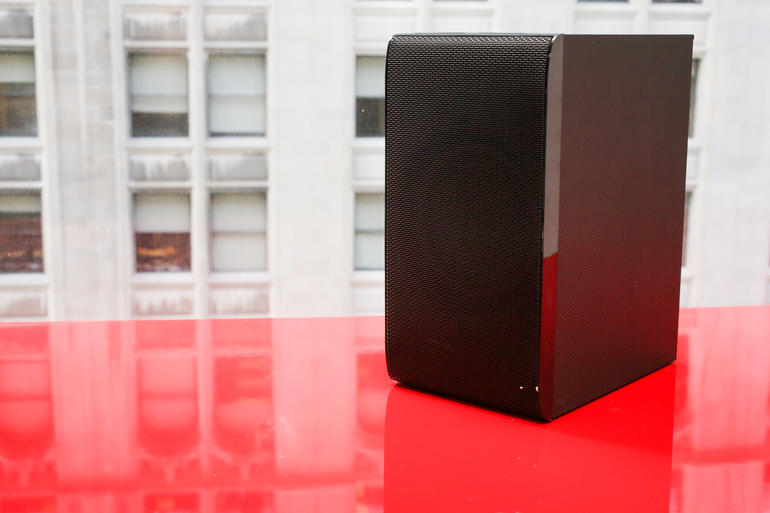 The subwoofer is a small, bookshelf-speaker-sized unit with a similar grille to the main speaker. It’s compact enough to be placed out of the way and yet we found that despite its diminutive size it was capable of plenty of impact. It connects to the soundbar wirelessly, so the only cable is the AC power cord. 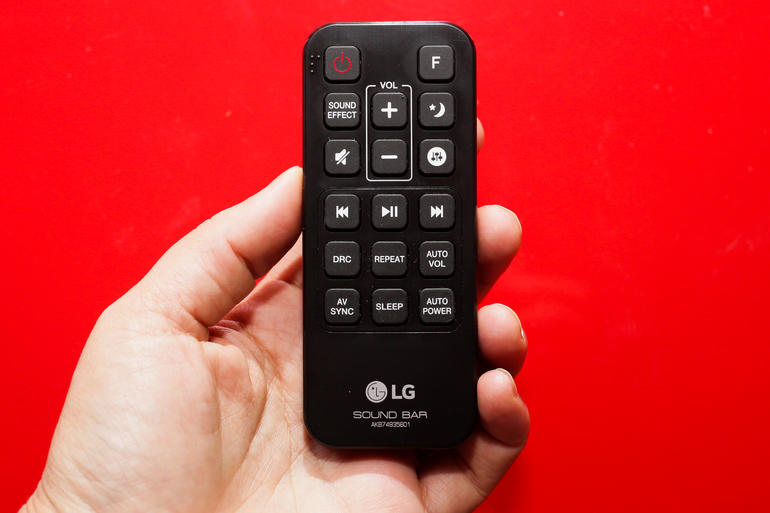 Though the remote that shipped with the LAS751 was a metal-decked affair, the SH7B is simple plastic. All of the functions for adjusting sound presets are available, though advanced functions such as streaming and adding rear speakers are provided by the Music Flow app.

The SH7B is a 340W sound bar with a wireless subwoofer which offers HDMI input and output. The rest of the connectivity offering is high with the addition of Bluetooth wireless, digital optical, analog 3.5mm, plus Ethernet and Wi-Fi networking options. 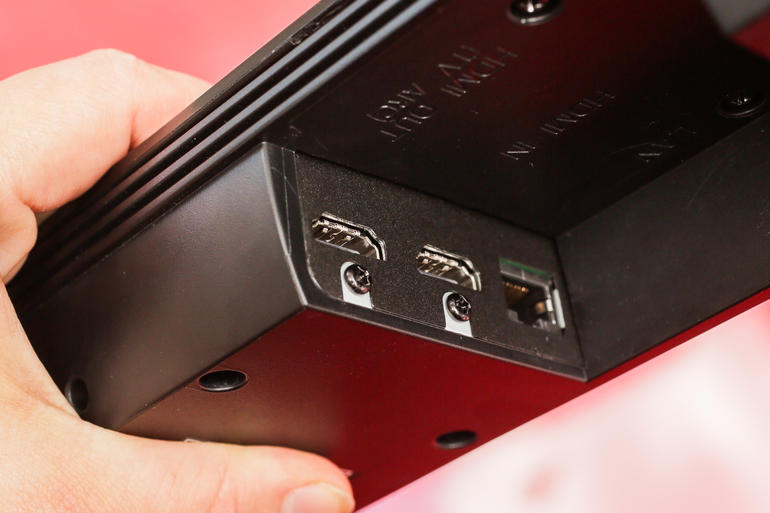 Of interest to people looking for a true surround system the sound bar is able to pair with other wireless LG speakers to act as surrounds, though competitors implement it more seamlessly.

The sound bar is part of LG’s Music Flow multiroom system, which boasts its own app. One of our favorite things about this player is that it can also serve as your on-the-go player, which enables you to seamlessly playback your Now Playing on your system when you get back home.