Taiwanese electronics maker Asus has a fascination with big phones, which explains why the ZenFone 3 Ultra emerges with an absolutely enormous 6.8-inch screen. Two years ago, I tried out Asus’ FonePad 8, an 8-inch tablet phone that felt silly-big. Compared to that, this slightly smaller 6.8-incher is at least somewhat bearable.

That said, I’m not sold. I think any handset above 6 inches is just way too much phone to use, but perhaps Asus is banking on its customers buying this as a hybrid device — one that gives you some of the large-screen benefits of a tablet without the cost of buying both tablet and phone. Anyhow, while the Ultra shares the same branding as the ZenFone 3, it’s a totally different beast.

Apart from its “ZenFone 3” prefix, the Ultra doesn’t share the same design as the other two ZenFone 3-branded phones. The rear camera mount is square instead of round and located on the left side instead of the center. Asus also put the fingerprint scanner on the front where the home button is, rather than on the back panel, where it might be harder to reach because of the phone’s size. 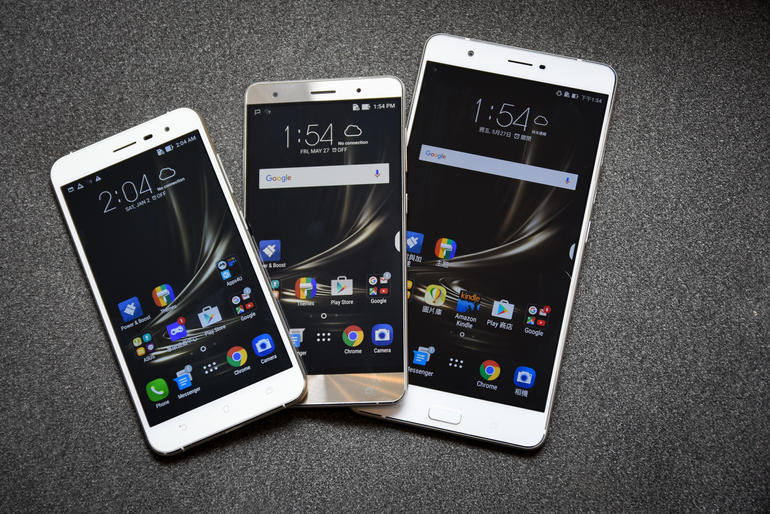 Of the three ZenFone 3 phones announced by Asus, the Ultra is the biggest and it shows.

The large 6.8-inch display has 1080p full-HD resolution, which understandably doesn’t look as sharp as it does on smaller screens. But in terms of density, the Ultra’s display comes in at around 324 pixels per inch. This is still sharp enough to view content without making out individual pixels — unless you bury your face deep into the display.

If you’re watching videos, nothing is more annoying than watching your image break up while trying to keep up with a panning video. Luckily for you, Asus has included a 4K TV processor inside the phone. I’ve seen the demo of this in action and I’m impressed with just how much smoother panning video becomes when it’s turned on.

Other entertainment-centric features in the phone include two superloud five-magnet speakers, as well as DTS 7.1 headphone audio which can enhance your movie-watching experience. 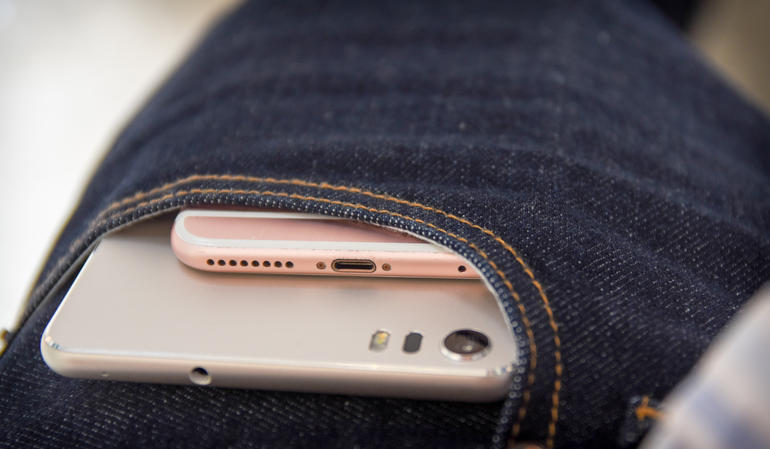 The Ultra was just way too big to fit in my pocket. The iPhone 6S Plus in my pocket looked small in comparison.

Despite the impressive entertainment features built into the phone, my first impression is that the 6.8 monster here is simply too big to comfortably use. Right now, I happily use “smaller” phones from other manufacturers in the range of five inches in screen size. Still, it will be interesting to compare the pros and cons of all of the ZenFone 3 models when the final units come in for review.

The ZenFone 3 Ultra will be available in mid-June in Taiwan, Asia Pacific, the EU and China. There’s no word on US availability for now. It will cost $479 (converting to around £330, AU$670) for the 4GB RAM, 64GB onboard storage model, with prices increasing for models with more storage.