If you think you need to spend $600 on an Oculus Rift or $800 on an HTC Vive to enjoy seriously good virtual reality (VR) games, think again. All you need is a $100 Samsung Gear VR headset and a compatible Galaxy smartphone.

Make no mistake: I’ve tried the higher-end stuff, and it’s awesome. But I continue to find new and amazing games for the Gear VR, to the point where that’s my go-to headset — especially when I want to blow the minds of visiting friends and family members. (“Here, you gotta try this!”)

Arguably the showcase game for Gear VR, Gunjack ($9.99) is a stunner. The premise is familiar: blast wave after wave of incoming aliens from your fixed-position turret. Lots of games work similarly, including many for Google Cardboard. 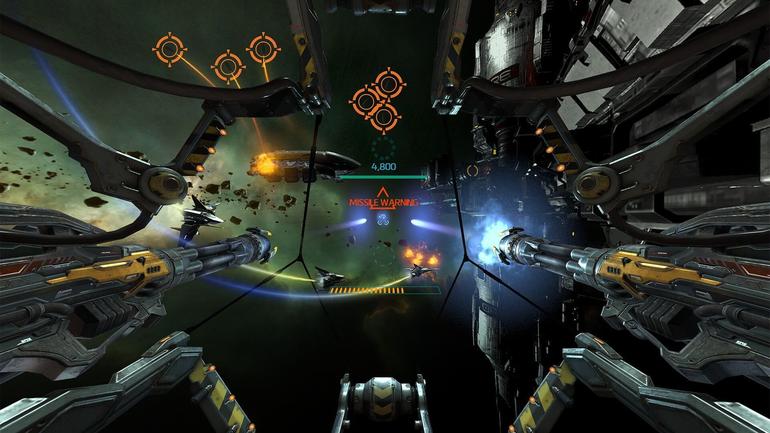 But it’s the presentation that elevates this above similar games: Gunjack looks incredible, with the kind of graphics you’d expect to see in, say, an Oculus Rift experience. Maybe that’s because it’s the mobile counterpart to high-profile Rift title Eve: Valkyrie. Although it ultimately boils down to repetitive gaze-and-shoot action, Gunjack is really a must-have Gear VR game.

Keep Talking and Nobody Explodes

The Gear VR is clearly a single-person experience, which is what makes this amusingly named title such a revelation: It’s a party game. 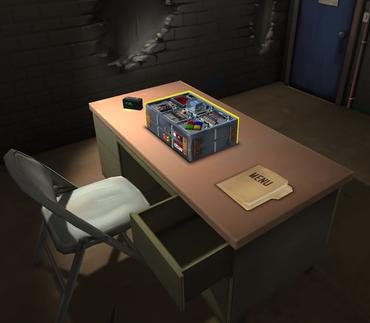 You can defuse this bomb, no problem — provided you get help from people in the real world.

Like the desktop version, it challenges you and a small group of friends to deactivate a bomb. But the VR aspect makes it that much cooler, because only you can see and interact with the bomb, and only you can describe what you’re seeing to your friends. They, in turn, pore through a bomb-defusal manual in hopes of feeding you the information you need before time runs out.

It’s ingenious. And a riot. And the best way to bring friends into the VR experience. Keep Talking and Nobody Explodes costs $9.99.

If you’re familiar with Monument Valley, the riveting M.C. Escher-inspired puzzle game for smartphones, you’ll feel right at home in Land’s End ($7.99). Created by the same developer, it transports you to a soothing, atmospheric world of mountains, seas, caves and of course, puzzles.

Even so, this is as much an experience as it is a game. If I can pull a deep-cut reference, it reminds me of the “Star Trek: Voyager” episode “Equinox,” in which the captain of the titular starship uses a VR-like headset to escape to a private, comforting beach. Land’s End feels like that same kind of escape. In a good way.

It’s like this: You’ve been left alone in some kind of control room while your buddy hits the bathroom. Your only instruction: don’t touch anything, especially that big, inviting red button. Yeah, good luck with that. 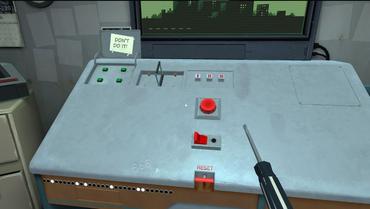 Don’t let the somewhat dated-looking graphics fool you; Please, Don’t Touch Anything is a clever bit of puzzle gaming, made even better by VR.

What follows is part puzzle game, part escape room. And it’s not easy. But here’s what’s really intriguing: The game has multiple possible endings. So even if you play through once, you’ll have incentive to try again. If there’s a downside, it’s that PDTA doesn’t save your progress; if you abandon the game midway, you’ll have to start over when you return.

Please, Don’t Touch Anything costs $8.99. For that kind of money, seems like you should be able to touch, well, everything, doesn’t it?

What was already a pretty entertaining smartphone game becomes just plain dazzling in 3D VR. Imagine a bit of Tetris combined with the arcade classic Breakout, then forget all that as you soar through breathtaking geometric landscapes, firing balls to break glass barriers in your path. If you run out of balls, you’re done. But you can get more by smashing pyramid-shaped targets. 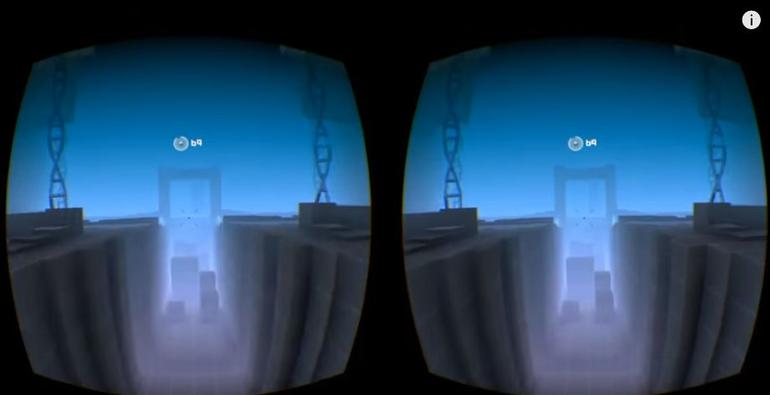 Screenshots don’t do Smash Hit for Gear VR justice. Not even close.

Because you need to tap the Gear VR’s gamepad every time you fire, plan on holding your hand upright for long stretches. A handheld gamepad would be a welcome addition for this game.

Best news of all? Smash Hit is free.

So those are my picks for must-play Samsung Gear VR games. If you’ve tried others you want to recommend, hit the comments!