The best part of Battleborn is its prologue cinematic. That’s not to say the game itself isn’t any good — in fact, it’s a wonderful single- and multiplayer experience for the fantastical first-person-shooter crowd. However, the opening video is divine. It’s evocative, rich and effortlessly cool, built on a base of smooth hip hop and anime-inspired, neon-coated illustrations. When I think of Battleborn, my mind is immediately saturated in the cinematic’s soulful rhythm.

This is a new brand of video game artistry. As a game, Battleborn doesn’t feature cartoon characters; it’s a fully realized 3D experience from Gearbox, the creators of Borderlands. In the same vein as Borderlands, Battleborn is highly stylized, but it looks nothing like the opening cinematic.

That was on purpose.

“I wanted to come with something fresh in a sea of CG cinematics and openers,” Gearbox art director Scott Kester says. “We just figured players would appreciate something a bit different. I wanted a vibe to it that was fresh, but also kind of piggybacked off the feel of Samurai Champloo’s opening, with a healthy mix of Aeon Flux for good measure.”

Kester was inspired by cartoons from the ’80s and early ’90s, and he wanted the prologue to get players pumped for the actual game. He secured the cinematic of his dreams by working with animation studio Secret Sauce and hip hop group Deltron 3030, which includes Dan the Automator (Daniel Nakamura) and Del The Funky Homosapien (Teren Jones).

The cinematic’s energetic animations and its mellow soundtrack balance each other perfectly; they feel as if they were produced by the same mind. In reality, they were completely separate projects. Secret Sauce CEO Sanford Greene and animation director LD Walker didn’t even hear the song until their work on the animation was finished, Greene says. 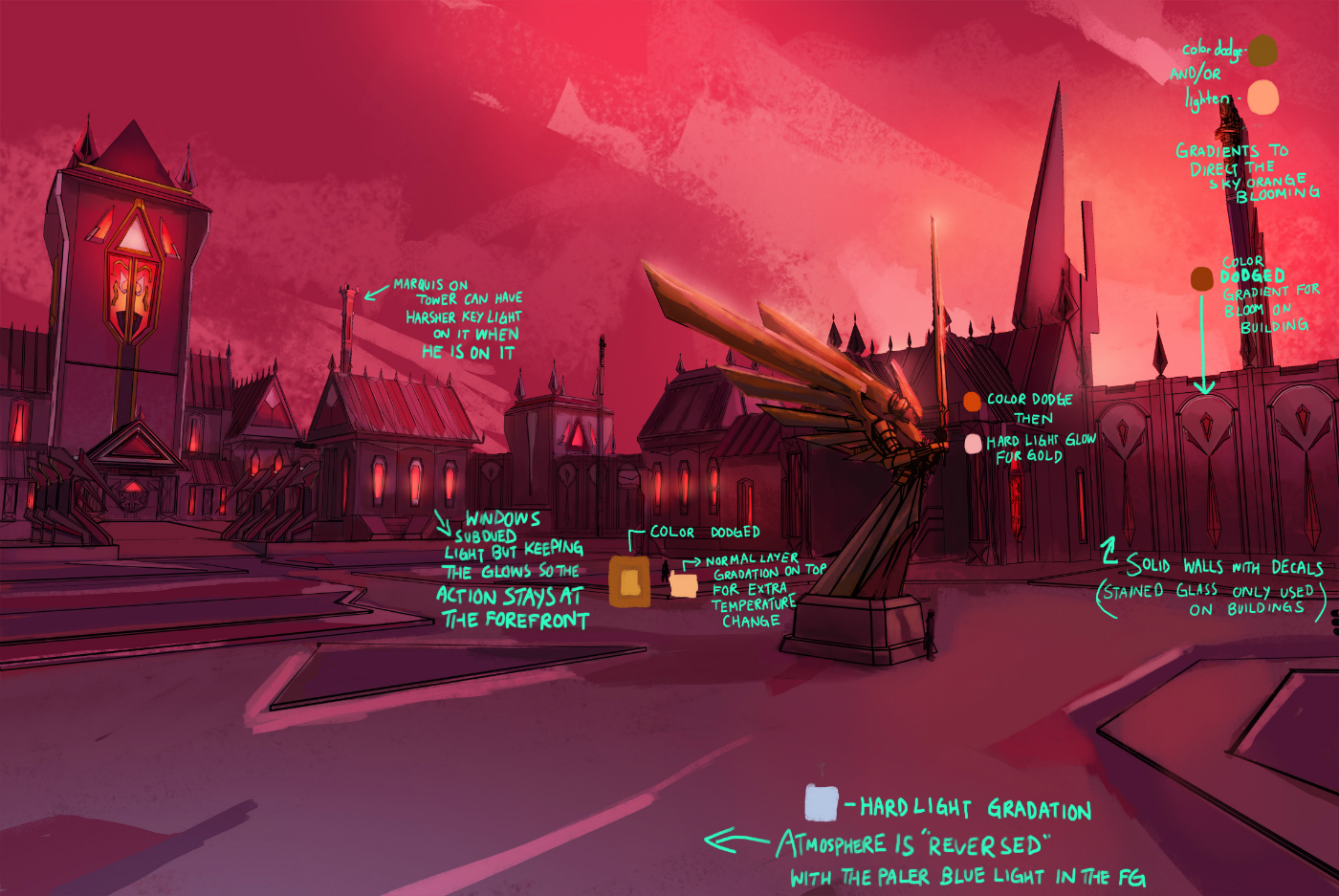 “During the production of the animation we didn’t have any soundtrack to go by so LD did his best to keep the shot pacing tight in the middle and open on the ends,” he says. “Seems it just magically worked out after Del’s track was recorded and laid down.”

As he wrote the lyrics for “Countdown,” the prologue song, Del took inspiration from Battleborn’s storyline, interpreting its main points in his own way. He didn’t want the track to feel like an advertisement for the game.

“I just took the subject matter of the game and I went with that, but without directly following it note for note,” Del says. “Tried to make it more universal in feel so it could stand outside of the game as well.”

One reason these pieces came together so seamlessly was the creators’ shared love of video games. Walker in particular is a fan of action role-playing titles, platformers, fighters and shoot-em-ups. Del is a huge gaming fan and he’s been making music for the industry since 2000. His work has appeared in Mat Hoffman’s Pro BMX, a handful of Tony Hawk titles, NBA 2K5 and 2K7, Skate 3, and, more recently, Street Fighter V.

“I was a crazy player when it was the vidiot era — ’80s, you know, arcades and stuff,” Del says. “I used to be stuck at the arcade, I used to buy every mag…. I had every system, still have emulators of most of the classic systems with every game, I got every arcade emu for every game I ever played in the arcade — so, uh, yeah, I’m kinda a video game fan, a little.”

It also helped that Secret Sauce and Gearbox go way back. Sanford and Kester have known each other for a long time; they actually started out working together in the comics industry. Secret Sauce is a small and relatively new team, but Kester says he respects their work. Plus, working with Deltron 3030 was “a dream” of Kester’s, partially because he’s a fan of Dan the Automator and Del, and partially because this project gave him a chance to amplify their voices.

Sure, Del has created music for video games, but that doesn’t mean he’s a household name in the gaming universe.

“Del tells such vivid sci-fi stories in his lyrics and was just a perfect fit for us,” Kester says. “I was specifically interested in Deltron and Secret Sauce due to the fact they aren’t super widely known in the game community. I think any time you can draw more attention to different artists across different disciplines is, well, like a duty we have as creators, honestly. To expose people to new cool things.”

“They avoid correcting every single drawing to look perfectly homogeneous,” Walker says. “Instead, they let that animator cut loose and belt out the equivalent of a guitar solo.”

That’s what Kester wanted with the Battleborn introduction video; something raw yet intriguing to long-time FPS fans. Something different. The AAA industry is largely focused on creating realistic 3D animations, Kester notes, and he hopes the cinematic is part of video games’ growth as an artistic medium. He’d love to play an entire game that looks like the prologue, for instance. 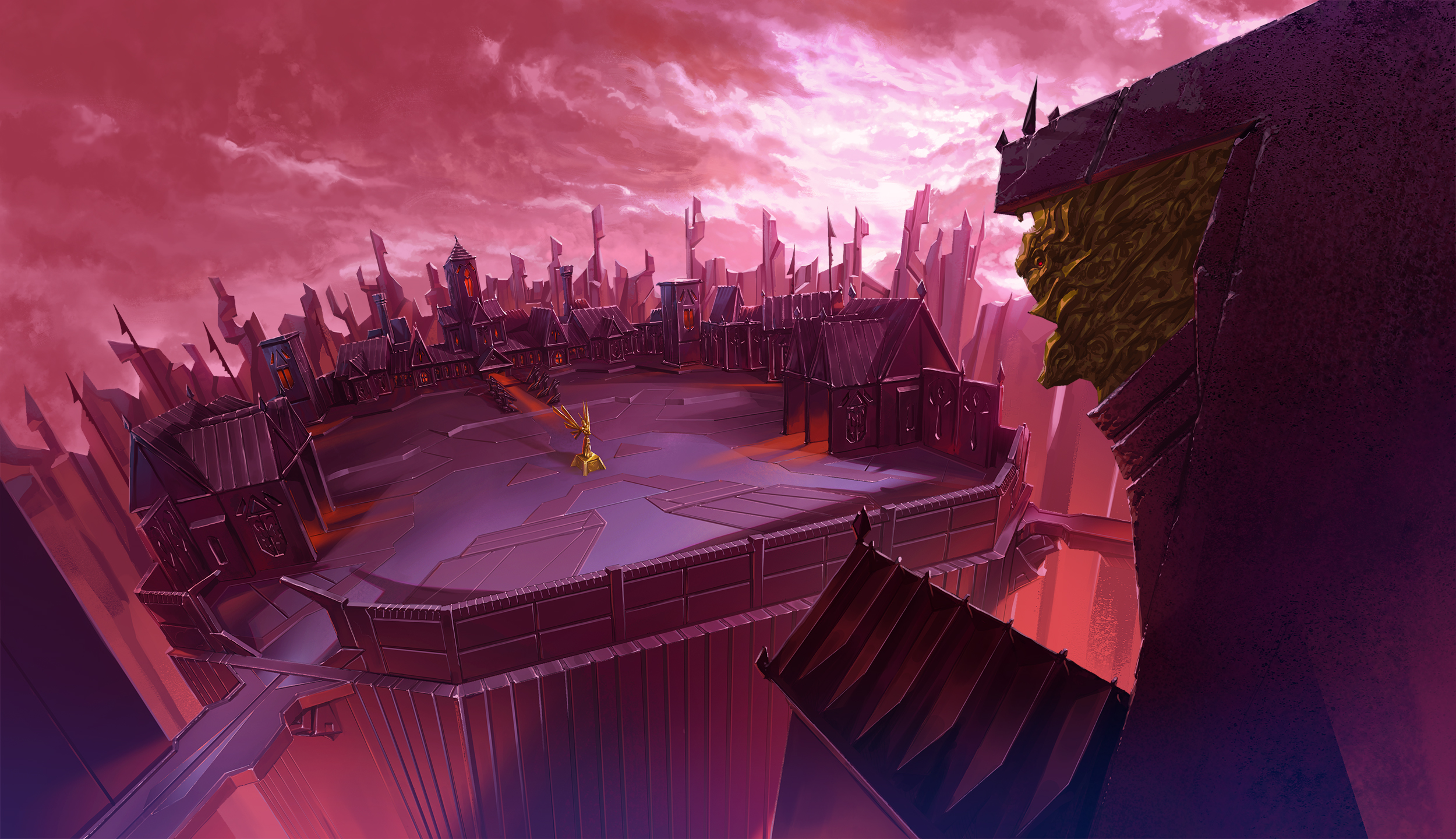 “I’m interested in seeing game art styles evolve and take us to new places visually,” Kester says. “We have an obsession in the gaming world to keep trying to replicate reality, and there’s nothing wrong with that, but I’m more interested personally in making things that let me escape this world. Let’s show people styles and places I could never visit in real life.”

Video games are art and experiences like the Battleborn prologue help demonstrate this aspect to the wider world. Del, for his part, has always viewed games as artistic expressions.

“Maybe people just didn’t believe or see it, but I did,” Del says. “Matter of fact, the earlier games had to have art invested in it because the graphics weren’t that great.” Today, the potential for wild artistic experimentation exists within gaming, Del says, but large studios are mostly focused on creating lifelike worlds. “I lean toward more fanciful-type games, personally,” he says.

Now that Secret Sauce has dipped its toes into the world of gaming animation, Walker and Greene are hungry for more — and they’re not just dreaming any longer. Or, as Greene puts it:

“We have plans. Let’s just say that.”

Read more from News
Gaming, News
← AirPort Extreme and Time Capsule Out of Stock at U.S. Apple Stores [Updated]
Report: A major developer is working on a VR game for Xbox One →