The DJ mixer controls and contours all sounds. The slightest twist of a knob or the slide of a fader can change the structure of one sound to make room for another. The instrument, which is at the core of all electronic music performances, has seen a number of iterations in the last decade but has stayed limited in range and functionality. Richie Hawtin, one of the most recognizable DJs on the techno circuit, wants to change the status quo with PLAYdifferently.

Hawtin’s new technology project is the result of a partnership with British product designer Andy Rigby-Jones, who worked on Allen & Heath’s Xone mixer series for well over a decade. And it’s already seen a ton of buzz this year. The company has been teasing a new mixer that’s designed to give greater control and creative options to DJs. I recently caught up with Hawtin in a nightclub in Austin, where I got hands-on with the first model from PLAYdifferently. 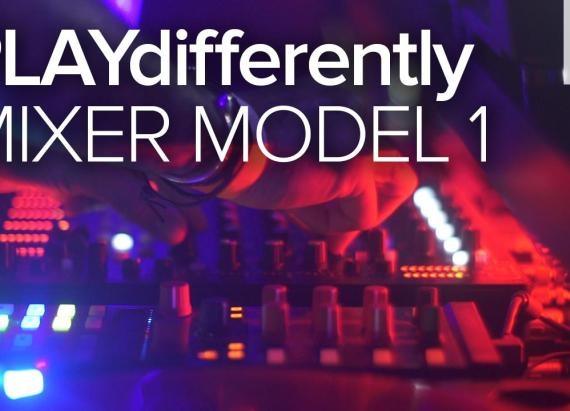 Where most existing mixers are limited to four channel mixers, the new model has six stereo channels (plus two send and return channels) for more options. “Turntables, CDJs or computers, all those instruments get put together through a mixer,” says Hawtin. “It’s the heart of it all. We wanted a device where each DJ can choose what to add on.”

But the highlight of the mixer is its flexible EQ. Instead of the fixed frequencies (low, mid and high), PLAYdifferently’s device has low pass and high pass filters and a sweepable EQ for every channel. “You can contour sound but also be scientific and scope sound,” he says. “Why have only three bands of EQ? Let’s have the ability to dial into the frequency that the record needs. It’s a different mentality.”

The mixer, which will be available starting June 30th for about $3,650 (£2,500), requires a different approach to playing. But Hawtin hopes its creative flexibility will outweigh its newness. “You can’t force anything on any one but if an instrument offers a new parameter without compromising the quality of the sound, people will adopt it,” he says. “We’re hoping people will hear and feel the difference.”