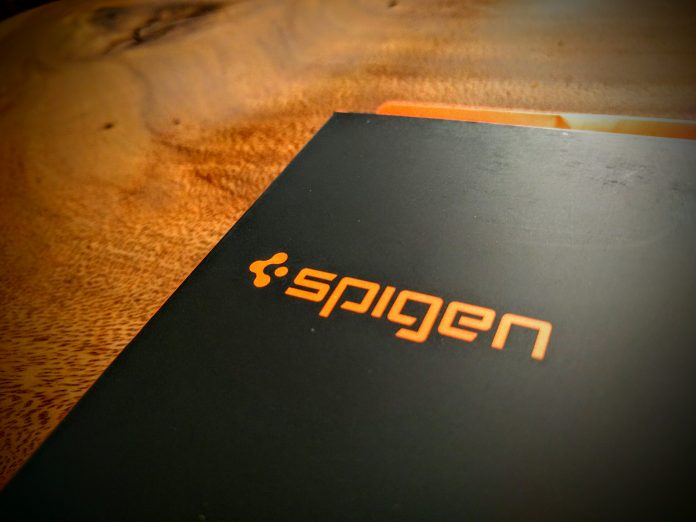 Spigen is one of the best case makers around; it makes great cases at reasonable prices. I had the pleasure of testing out its Nexus 6P collection, and I was not disappointed – every one of the four cases on this list is well worth your money, from aesthetic to protection. 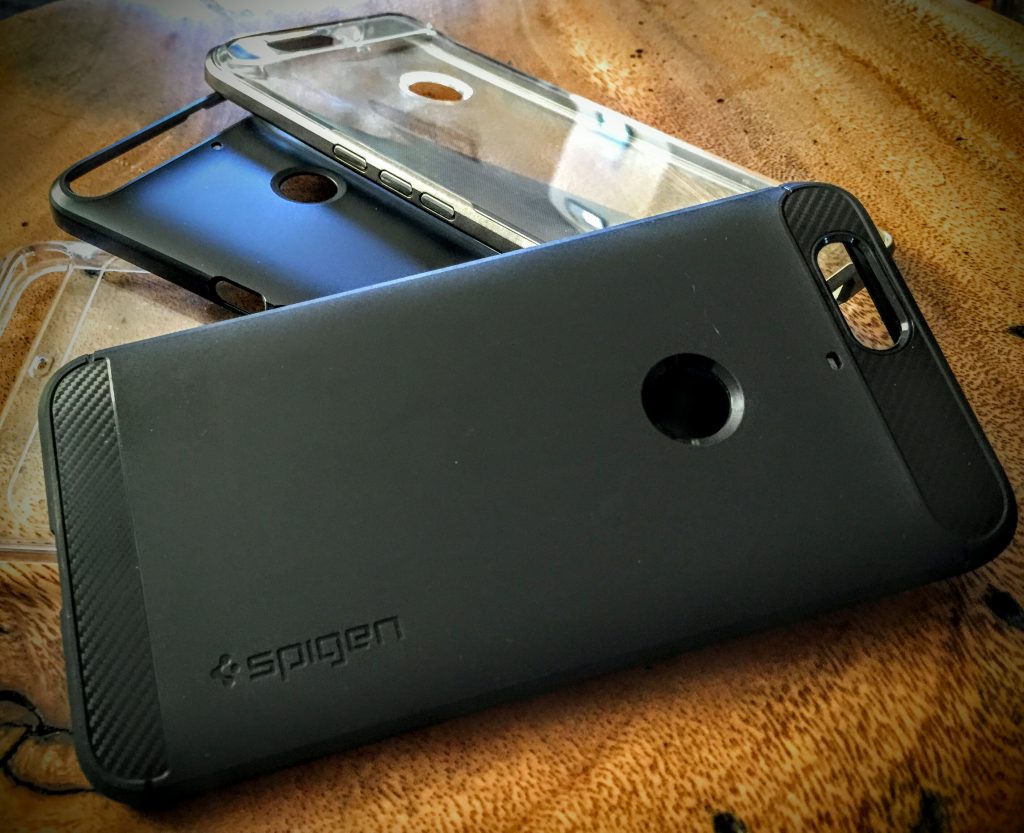 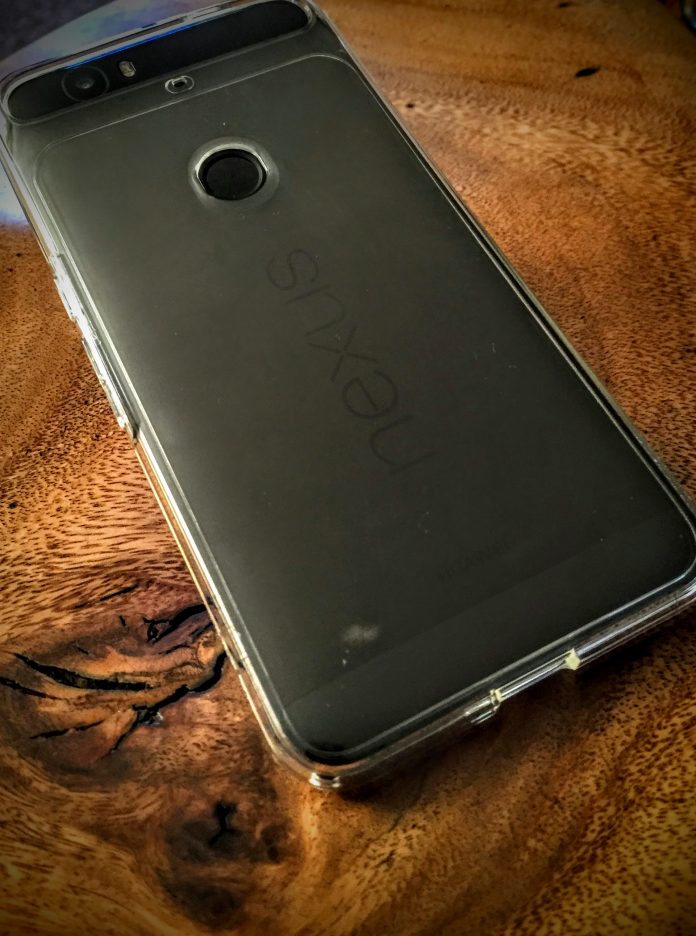 Of the four units I tested, this one was my least favorite. The clear bumper shows off the Nexus 6P’s aesthetic, but the heavy weight of the TPU material really undercuts the slim, clean design of the phone. That being said, the Ultra Hybrid feels soft and durable in the hand, the cutouts – as with all Spigen products – are precise and roomy, and the TPU buttons feel solid and springy. Though this is ranked at the bottom of the list, it’s still a step above the case I was using previously. Spigen’s two-piece form factor, the Neo Hybrid X, features a TPU soft-body case and a hard polycarbonate bumper to protect the corners, edges, and buttons. The soft-body case feels and looks a lot like the Ultra Hybrid, right down to the same drawbacks it faces in extra heft, bulk, and oddly soft feel. The bumper really adds a feel of durability to the Neo Hybrid X, with reinforced port cutouts and chromed buttons. 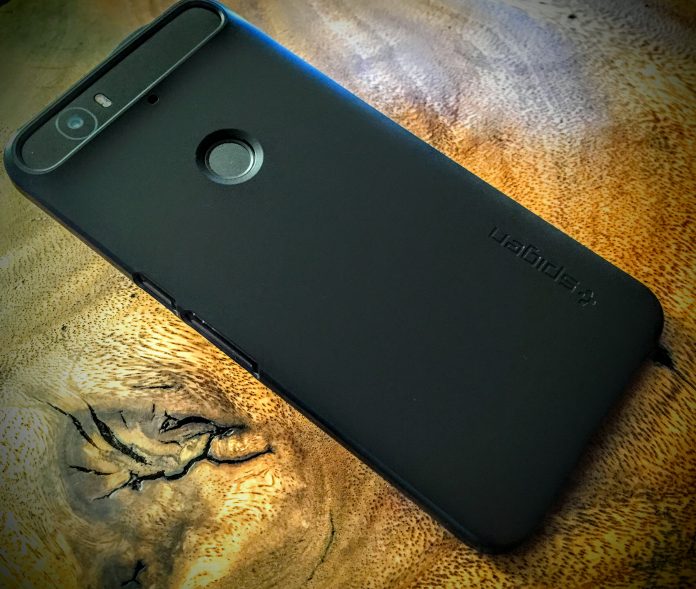 At first glance, a Nexus 6P wearing a Spigen Thin Fit case looks and feels as though it doesn’t have a case at all; the thinness of the 6P combined with the ridiculously low profile of the case itself. While the Thin Fit covers the entire back and sides, it only barely lips over the edges of the face, top and bottom of the phone. I’m a little hesitant to intentionally put my phone to a drop test to see if the lip is enough to protect my phone, but the design itself seems pretty sound as far as protecting the frame. The button cutouts make it a little tough to press them, but in all, this is one of, if not the, best slim-profile case I’ve seen. 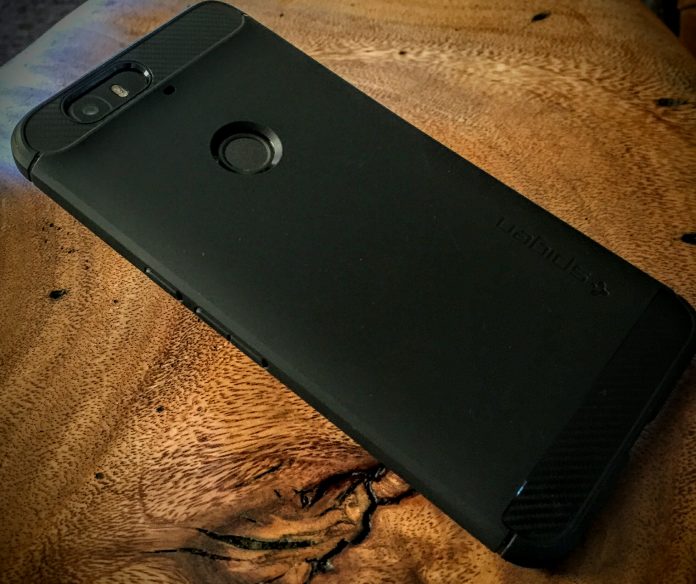 Of the four cases I tested, this one really blew me away. The look, the feel, the details – the peace of mind – all of it just felt right. The flexible TPU soft-case is slightly textured, giving it a premium feel. The cutouts for the ports – and especially the fingerprint sensor – are roomy enough to accommodate the fattest of cords – or fingers – and the glossy, carbon fiber aesthetic of the camera plate is gorgeous. Surprisingly, the case adds very little heft and bulk to the phone; this is due to a combination of the already-slim body of the 6P and the deceptively thin TPU material from which the Rugged Armor is made. I’d go as far to say as this is the best Nexus 6P case around – of any manufacturer, not just Spigen.