The 2016 DC Code Kitchen in pictures 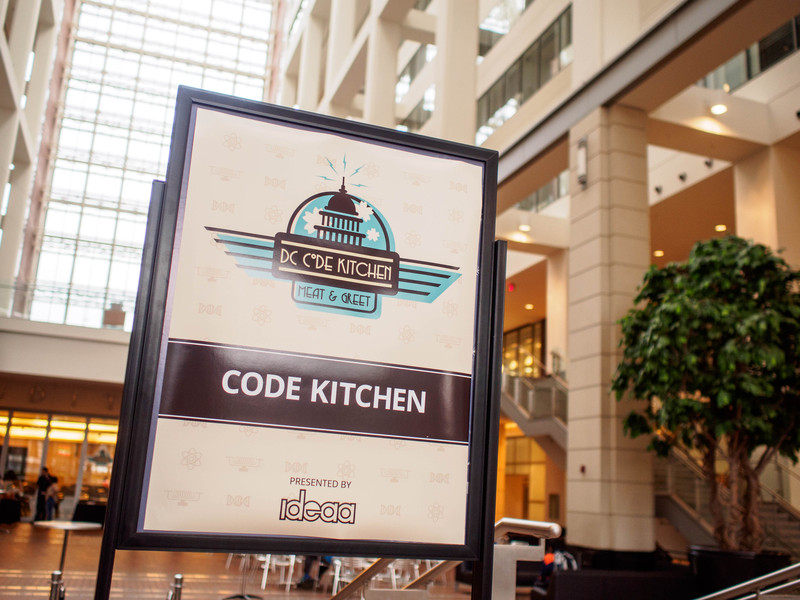 Another fantastic environment for everyone to learn and have fun.

The folks behind IDEAA host a unique combination of developer and social events around the world, most commonly known for the annual Big Android BBQ in Texas. This past weekend was the East Coast version of their Code Kitchen events, held in Alexandria, Va. It’s a one day event aimed at creating an environment where anyone can learn Android developer basics, followed by a social event with BBQ and Beer.

Here’s what we saw this year.

Where all IDEAA events focus on making the first steps toward becoming an Android developer as easy and relaxed as possible, this year’s DC Code Kitchen had a distinct focus on getting high school kids involved. The auditorium of the United States Patent and Trademark Office was filled with an impressively diverse group of people from all over the Delmarva Peninsula eager to learn more about developing for Android. Rather than an intense Hackathon-style environment, IDEAA worked closely with Udacity and mentors from all over to ensure everyone who wanted it could have hands-on personal help with each of the challenges created by the event staff.

Session challenges like building tools to transfer data via NFC were wrapped up in the afternoon with a panel called Cradle to Career – Pathways to Success in Tech, hosted by non-profit tech crusader Tshaka Armstrong. The panel, which included DC STEM Director Maya Garcia, Alexandria City School Board Vice-Chair Christopher Lewis, Lynxfit founder Noble Ackerson, Targeted Victory co-founder Michael Beach, and T.C Williams High School Student Day’Quon Henderson focused on paths to success no matter where you’re starting or what your current limitations are. Henderson, who started developing apps after attending the DC Code Kitchen last year, explained in detail how he looked for a problem in his community and found people around him willing to collaborate on an app to help disabled children in his school communicate more effectively.

As is always the case, the event ended with a small party filled with meat cooked on-site by Cyanogen’s Ray Walters. The DC Code Kitchen is a small event compared to the Big Android BBQ, but clearly no less important when you see how many people leave this event ready to do something new. Whether you’re around for the social aspects, a veteran developer, or someone eager to learn but not sure where to start, these events offer a little something for everyone.