Lookout everybody, things are about to get awesome! Borderlands: The Pre-Sequel is now available on your Shield TV

Because you can never get enough Claptrap. 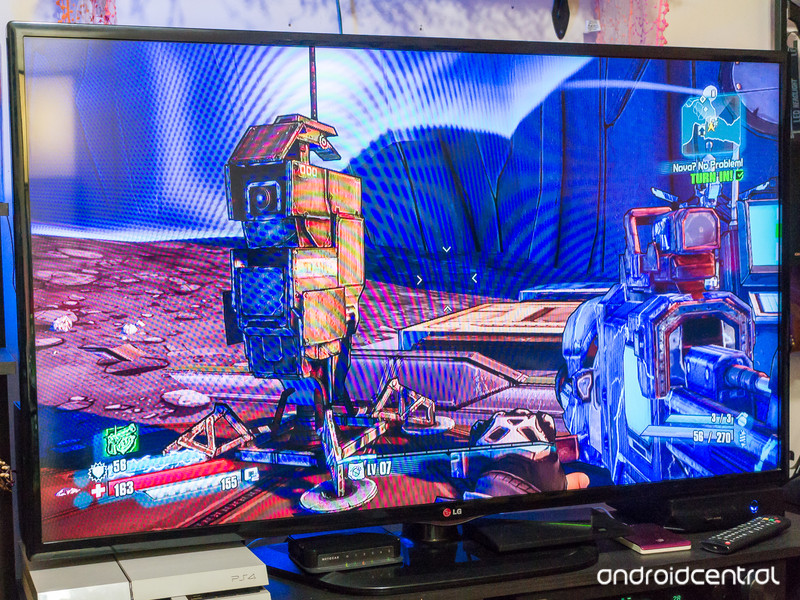 Gearbox Software, 2K Games and NVIDIA have brought Borderlands: The Pre-Sequel to the Shield Android TV. And it’s every bit as marvelous as you might be thinking.

For those of us who haven’t been exposed to the Borderlands series, think of a fast paced action shooter, complete with a bit of RPG character building and loads of irreverent and top notch dialog. And loot. So much loot.

The Pre-Sequel take things a bit further. It takes place on a low-gravity zero-oxygen moon, which adds to both the fun and the challenge of shooting every thing that moves and blowing up as much stuff as you can. It’s my opinion that there are only a few games as enjoyable, and two of them are also part of the Borderlands series. 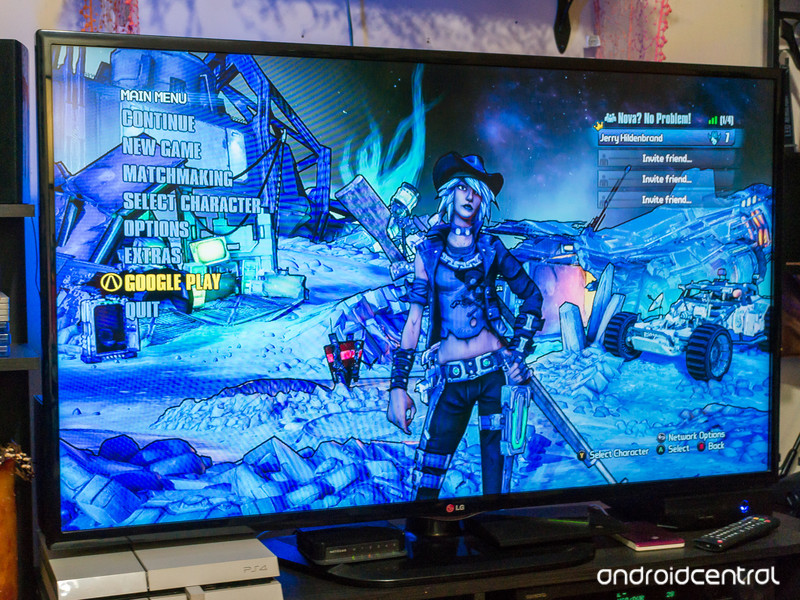 Beyond the fun factor — or possibly increasing it — the version for the Shield Android TV is every bit as good as the original releases for the computer or your favorite console. I’ve been playing a pre-release version for a few days and as a Borderlands fan as well as a tech blogger, I’m happy and impressed. The gameplay is smooth and fantastic, and as far as I can tell it wasn’t necessary to cut anything out of the Android TV version. Everything is there — the co-op gameplay, character skins, a bazillion side quests and a mountain of weapons to use. You’ll be able to hate Claptrap just as much as millions of PC and console players have been doing on the same set top box that you watch Play Movies and TV on. Or you can choose to play as him like some sort of masochist. It feels and acts like a perfect 1:1 version when compared to the same game on my PlayStation. Or Steam. Did I mention that I’m a huge Borderlands fan?

Borderlands: The Pre-Sequel is rated Mature 17+ in Google Play, and with good reason.

One major addition for the Android TV version is Google Play Games integration. And that’s done well, too. Besides achievements, matchmaking and leaderboards, cloud saves are built into Play Games so you’ll only ever have to fight Deadlift at level 5 with horrible weapons once. I’m quick to call out game developers who refuse to enable some sort of cloud saving in their games, and I’m always happy when I don’t have to. Using Google Play Games for cloud saves is as seamless as one would experience through PlayStation or the Xbox. It happens automatically when it should, and you can force a save when you need to quit between missions or checkpoints to save your items and character progression. For a game like Borderlands: The Pre-Sequel, this is a must. And they nailed it. 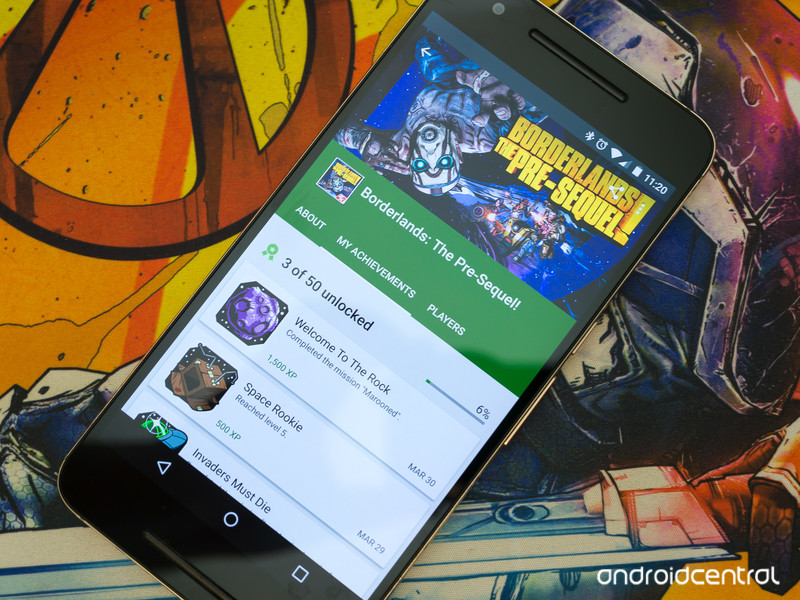 We already knew that the Shield Android TV has plenty of horsepower to do things like play console-quality — and make no mistake, this is bonafide console gaming — under it’s hood. Combined with it’s well-thought out controller, the package is perfect for gaming on the biggest screen in your house as well as video consumption. This is why we love Android TV, and the Shield Android TV in particular.

One thing you’ll need to know before you run over to Google Play and grab a copy is that Borderlands: The Pre-Sequel is not for gamers of all ages. The game is rated Mature 17+ in Google Play, and with good reason. As one might expect from a game centered around bandits and anarchy, the publishers warn that it contains drug references, violence, blood and gore, suggestive themes, partial nudity, use of alcohol, strong language, crude humor, and simulated gambling. And they really mean it — there’s no lack of mature content here, and there is no way to filter it out. This is something to keep in mind if you have little ones about, or if you find that sort of thing offensive.

With that out of the way, you can download Borderlands: The Pre-Sequel for your Shield Android TV through Google Play. The price is about the same as you would pay through Steam or a console’s marketplace at $14.99. Have a lovely afternoon, and thank you for using Hyperion Robot Services.