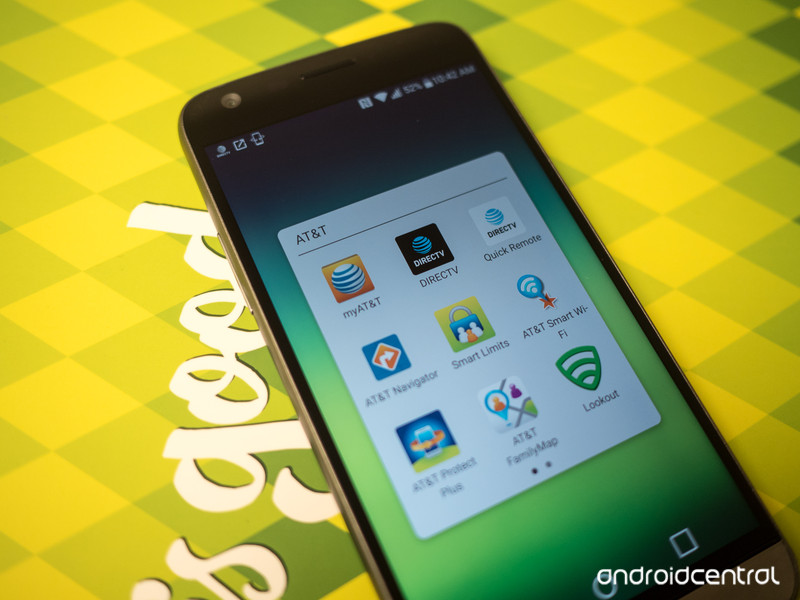 There’s no point in pretending to be surprised about this.

Here we go again. If you caught the saga of AT&T’s Galaxy S7, you probably know what’s coming. Fire up the operator’s version of the LG G5 and marvel in the amount of bloatware packed into a single phone.

Let’s take a look at what you’ll find, out of the box:

That’s 15 bullet points — five more than we noted in our AT&T Galaxy S7 bloatware report. And that in and of itself would be impressive if it weren’t for the following: 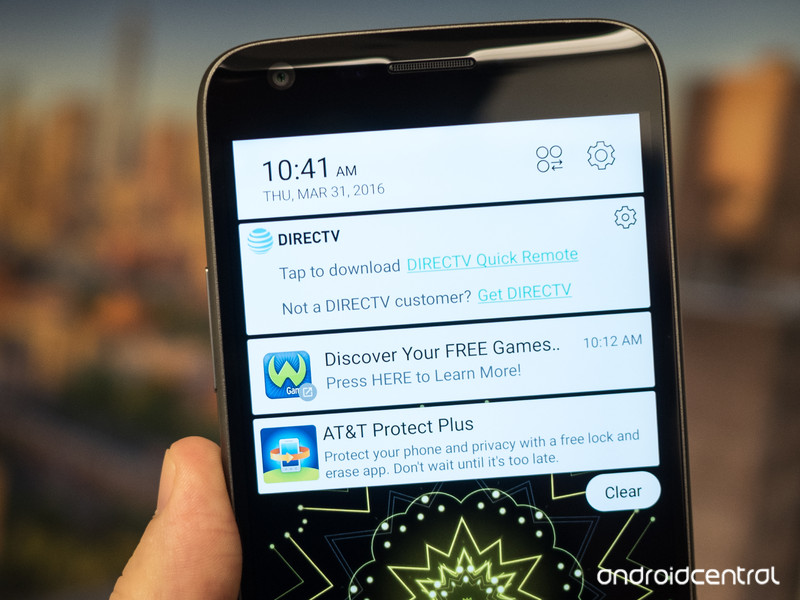 After you do your first boot and go through the setup process and pull down the notification shade for the first time, you’re greeted by prompts to download that damned DIRECTV Quick Remote app, Discover your FREE Games and protect your phone and privacy with a free lock and erase app. Don’t wait until it’s too late.

Derek Kessler summed it up well in his previous piece:

We get it, AT&T, you spent a lot of money on DirecTV and want to make sure that your customers that have it get a good experience with the [insert your phone here], and those that don’t know that it’s an option. But this is a bit over the top — an ad should not be pushing notifications down past the upper half of the screen by default. And that’s not even mentioning the janky AT&T Protect Plus notification prompt in there at launch too.

And to reiterate — the main DIRECTV app that’s on the phone is already out of date and requires an update on Day 1 of the phone being available.

We’re not surprised to see any of this in the GS7, or in the G5, or in whatever phone is next. It’s the way things have been for years. And it’s the way things will be until someone forces the operators to change their ways.

Our suggestion is and remains to vote with your wallet.