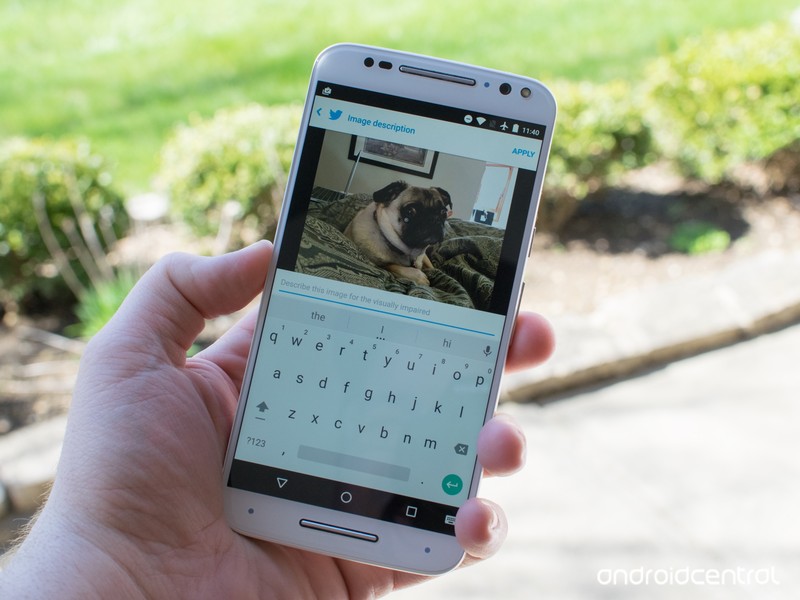 Twitter has announced a change for its Android and iOS apps that will make photos more accessible to people who are visually impaired. People who add photos to their tweets will soon be able to add alternative text that describes the images they add for those who can’t see them, and descriptions themselves can be 420 characters long.

Enable this feature by using the compose image descriptions option in the Twitter app’s accessibility settings. The next time you add an image to a Tweet, each thumbnail in the composer will have an add description button. Tap it to add a description to the image. People who are visually impaired will have access to the description via their assistive technology (e.g., screen readers and braille displays). Descriptions can be up to 420 characters.

Twitter will also be extending this functionality to both its REST API and Twitter Cards, which will allow both publishers and third-party Twitter clients to add this capability to their platforms and apps. Image descriptions are rolling out now, though it could be a little while before you see them for yourself.

Read more from News
← Samsung’s ‘Good Lock’ UI is your Galaxy S7, as seen through a fever dream
Google Photos now allows you to undo image edits you don’t like →