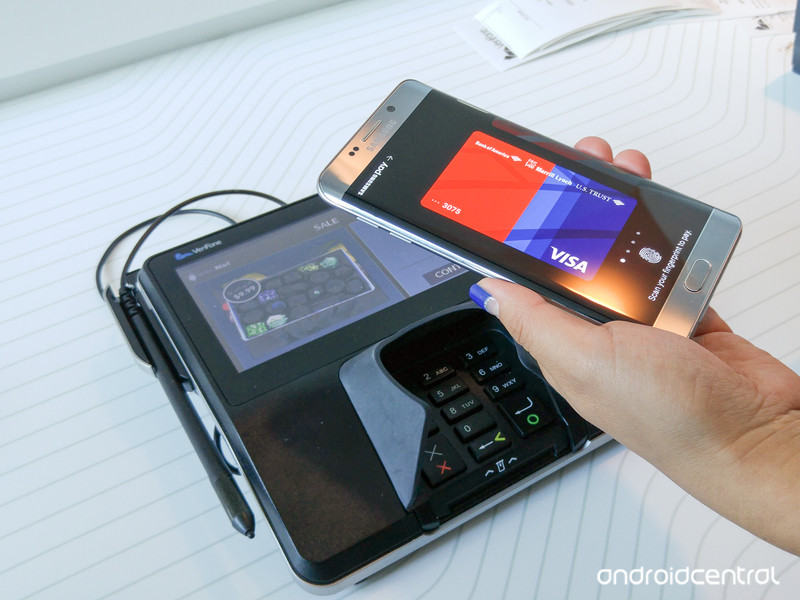 As Samsung prepares to launch its payment service in more countries, the biggest hurdle won’t be the technology itself, or even rivals like Apple or Google.

Samsung Pay has been a slow burn thus far. First announced back at Mobile World Congress 2015, the Korean firm’s mobile payment service is only live right now in South Korea and the United States. It’s expected to expand to more countries very soon, including the UK and Spain.

Samsung Pay has the advantage of being able to use most existing payment terminals, giving it wide support in whichever countries it launches. But that can bring its own challenges. And as the reach of Samsung Pay broadens, it’s more important than ever for people on both sides of the customer relationship to be educated. 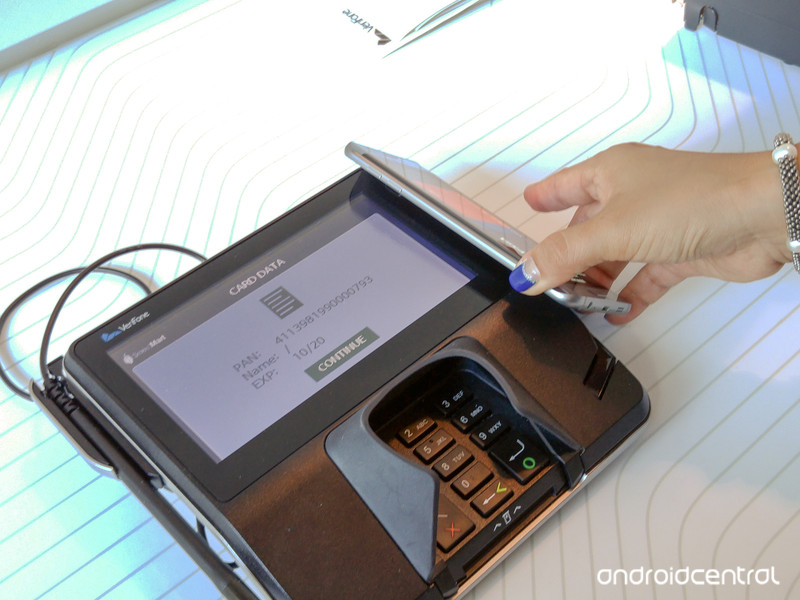 Samsung Pay’s not-so-secret weapon against Apple Pay and Android Pay is MST — Magnetic Secure Transaction — which allows it to work with just about any terminal with a traditional magnetic card swiper. Just select your card, authenticate with your fingerprint and hold your phone lengthways over the magnetic reader. By contrast, Apple Pay and Android Pay require newer terminals with NFC built-in. (The kind you’ll find across Europe for use with contactless credit and debit cards, for instance.)

While Samsung Pay also supports NFC, it’s MST that’s supposed to provide the competitive advantage. Because magnetic swipers are almost universal, the firm can boast that Samsung Pay works just about everywhere. As the company’s ads say, “Samsung Pay is here. And pretty much everywhere else.”

MORE: This is how you’ll use Samsung Pay

In theory, this lets Samsung sidestep one of the major headaches with Apple Pay right now — consistency. As Katherine Boehret wrote for The Verge this week, “if it doesn’t work in enough places, you’ll stop trying.”

“Last month, Apple announced that Apple Pay is available in over 2 million US locations. But, as I’ve experienced, that doesn’t mean that Apple Pay is being used in all of the payment terminals at those locations — or that employees know how to use it.”

Updating terminals is an expensive and slow process — especially in the U.S. where, unlike Europe, there’s less momentum behind contactless credit cards.

MST, however, can be both a blessing and a curse. It’s great because it relies on technology already in widespread use. But that can also present unexpected problems, as your MST-toting Galaxy phone has to interact with hardware that wasn’t specifically designed for it.

Your phone has to interact with older terminals that weren’t specifically designed for it — and the rightly suspicious humans operating that hardware.

It’s reminiscent of trying to use a smartwatch-based boarding pass. In that case, the existing technology is designed to accommodate a piece of paper, (or in some cases a phone) not an entire human hand. In the retail world, magnetic card readers aren’t always placed where it’s convenient to hold your phone. Both are classic early adopter problems.

And as The Wall Street Journal’s Geoffrey A. Fowler discovered when Samsung Pay first launched in the U.S., finding and using a magnetic reader with your phone is only the first step. There’s also the human angle:

“I got the stink-eye from plenty of merchants, who thought I was some sort of con artist or hacker,” Fowler said. “Few had heard of it, and even if they had they got uncomfortable when I reached over the till with my phone.”

To be fair to Samsung, it’s addressed this issue head-on in its U.S. ads for Samsung Pay — commercials that are about informing the public at large as much as selling a product. (And preparing Samsung Pay users for the bemused looks they may encounter when trying to use it.) Each of these two spots has customers coming up against merchants who insist that their phone won’t work for payments, only to be proven wrong.

I’m going to call the police. I just watched you hack my reader with your phone.

Except in reality that chain of events doesn’t always play out so smoothly. Back in November, Android Central forums poster badkitties encountered a nightmare scenario when trying to pay for a pair of $3,000 earrings with his Galaxy Note 5.

After first having to convince the store clerk that Samsung Pay would indeed work, the poster encountered further resistance from the manager.

“The store manager walk[ed] over and told her there was no way that she was letting me walk out of the store with $3,000 earrings without paying. The clerk showed the manager that the transaction went through and the receipt had already printed. The manager didn’t buy it for a second.” […]

“I tried to show her on my phone what Samsung Pay was. She refused to listen and was already on the phone with someone. I didn’t realize she had called the cops.”

“The cops sided with the store manager and insisted that I must pay for the earrings. I told them to look at the receipt which clearly said I had paid.”

“The manager [had] seen me put my phone next to it and process the order. He immediately came over and said, ‘I’m going to call the police. I just watched you not use a card and hack my reader with your phone.’”

Both situations were eventually resolved with a refund in one case, and a free shake in the other. All was well, and nobody went to jail. 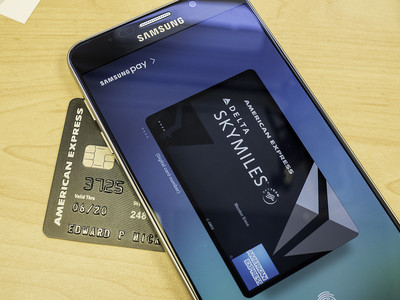 Nevertheless, these stories highlight the potential pitfalls of Samsung’s approach — specifically sending a new payment technology at merchants who may not be familiar with it, and relying on the customer to argue their cause. Conflicts, arguments — and yes, calls to the cops — are an inevitable consequence of this.

There are many advantages to Samsung Pay beyond convenience. For one, there’s the security benefit of never exposing your actual credit card number to the store — a huge deal when stories of major retailers’ payment systems being compromised break with alarming regularity.

This also means store clerks and managers are more wary than ever of physical security. And it’s not unreasonable that an employee unfamiliar with cutting-edge mobile tech might be spooked when their terminal magically lights up in an unexpected way. 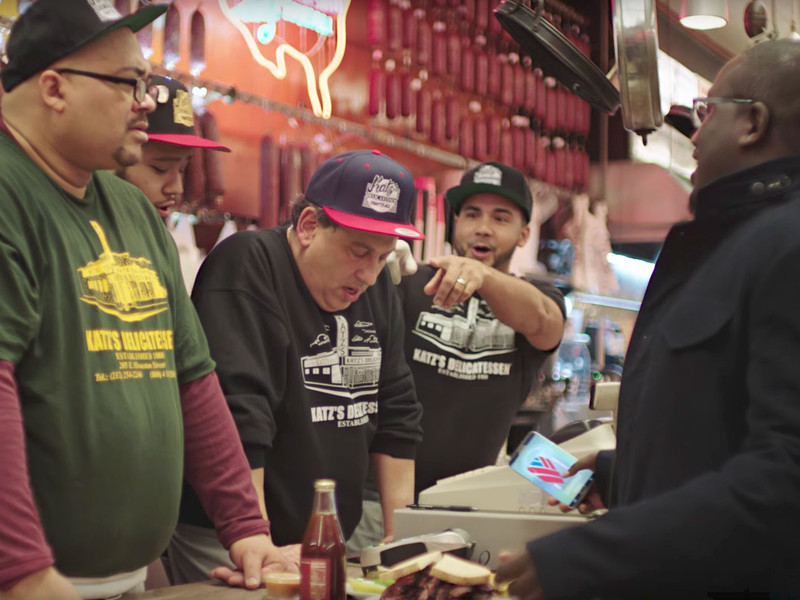 There’s plenty of blame to go around. Should Samsung do more to raise awareness of folks wandering around with MST-capable Galaxy phones — particularly as Samsung Pay reaches new markets? Maybe — after all, as a service provider it’s Samsung’s duty to ensure that service works smoothly, including the human aspect. But Samsung already puts out commercials, and short of blanketing entire countries with advertising, the company’s options are limited.

Could merchants themselves be more receptive? Perhaps. But for many, allowing a fraudulent transaction could endanger their job or their livelihood.

When it comes to new things involving technology, money and human beings, teething problems are to be expected.

Similarly, users themselves should probably be prepared for some resistance from retailers, especially in the early days of Samsung Pay — and especially from smaller stores less likely to be clued in on the latest developments in mobile payments. Large purchases in particular, like the aforementioned $3,000 earrings, are more likely to spook staff.

When it comes to new things involving technology, money and human beings, teething problems are to be expected. Even in the case of Apple Pay, where the iPhone maker’s logo is displayed on terminals, shoppers can run into employees unfamiliar with the concept of paying with a smartphone. The wider reach of Samsung Pay will understandably increase the frequency at which these teething problems occur. And this is no small concern.

Mobile payments are only going to become more common, as more Apple Pay-capable iPhones and Android Pay-capable handsets launch, and as Samsung expands its own service into Europe. Eventually we’ll hit critical mass, and reaching for a phone to pay will become just as mundane as picking up a credit card or handing over cash.

There’s a promising future ahead. It’s just going to take some time to get there.

Samsung Pay users, be sure to hit the comments and tell us about your experiences of the service!

Read more from News
← Fighting depression in the video game world, one AFK at a time
Developers can submit their Android Experiments for a chance to go to Google I/O 2016 →