The LG G5 can still offer good audio, even without the B&O Hi-Fi audio module 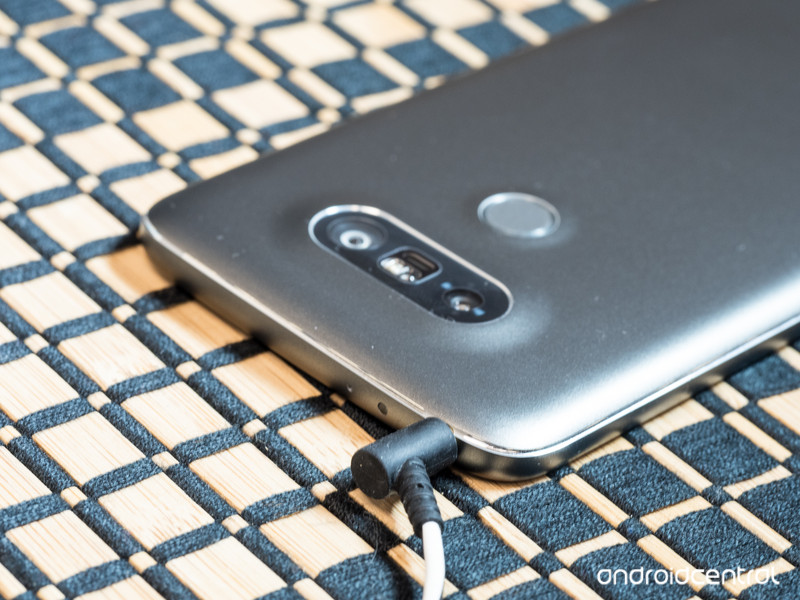 The LG G5 may not need a Hi-Fi module, but it’s still a great option to have available.

Many of us are looking forward to seeing how well the Bang & Olufsen Hi-Fi audio module for the LG G5 performs. While not yet mainstream, high quality audio performance through the headphone jack is something phone manufacturers are starting to pay attention to, and plenty of us couldn’t be happier.

But what happens if you have no interest in buying the audio module for the G5? Maybe you’re not ready to spend the money for “better” music, or you are completely satisfied with streaming services through the speakers or headphones you already have. That’s valid thinking. For many of us, it’s simply not worth the added cost and we’re happy with the way “regular” music sounds.

If that sounds like you, the LG G5 will be just fine without buying any extra hardware.

We already talked about how any electronic device that turns an audio file into a noise — whether it be a ringtone or a song — needs to have its own audio processing hardware. If you curious about what this is all about, have a good read here. The LG G5 is no exception, and its Qualcomm Snapdragon 820 processor has all the hardware embedded into the system-on-chip that it needs to “create” sound from digital files. From the official specs (.pdf link):

The last two lines are what we’re interested in here. A hardware audio codec is a single device that encodes analog audio as digital signals and decodes digital back into analog. In other words, it’s both a DAC and an ADC. This is the hardware used to turn files into sounds. In addition, Qualcomm is using their own WSA8815 amplifier on the 820 system on chip. This package enables native 24 bit lossless playback at 192 kHz.

You’ll have average to good audio coming from the G5 to your headphones when used without the B&O add-on module.

It’s worth noting that not every phone with the same processor has the same audio processing hardware — for example, the Galaxy S7 has a Snapdragon 820 in some variants but could have a different DAC entirely. A manufacturer isn’t forced to use what’s bundled inside the 820, and users are reporting that they see a DSP Group DBMDX DAC and a Maxim MAX98506BEWV audio amplifier.

It’s possible that LG will use off-die parts for audio processing on the G5, but we won’t really know until people start tearing the phone apart. None of the audio processing hardware in the 820 chipset is what anyone would call “Hi-Fi” quality, even if Qualcomm uses the word in their list of specifications. And while LG doesn’t have to use what’s bundled on the chip itself for audio playback, doing so saves room on the circuit board, saves some money and decreases development costs.

All of this simply means that you’ll have average to good audio coming from the G5 to your headphones, even when used without the B&O add-on module, because the phone itself has to have capable audio hardware. If you want something with a little more quality, you can buy the B&O Hi-Fi module.

In the end, we need to remember that all of our music will play just fine unless you’re trying to play 32 bit files or files with an ultra-high bitrate that the “regular” G5 audio hardware doesn’t support. When you tap a button, your music will play. If you were dead set on playing HQ audio from your phone, you probably planned on buying the Bang & Olufsen module anyway.

Read more from News
← Verizon, Sprint and AT&T offer free calls to Belgium following attacks
HTC 10 will have an online-only launch on April 12 →