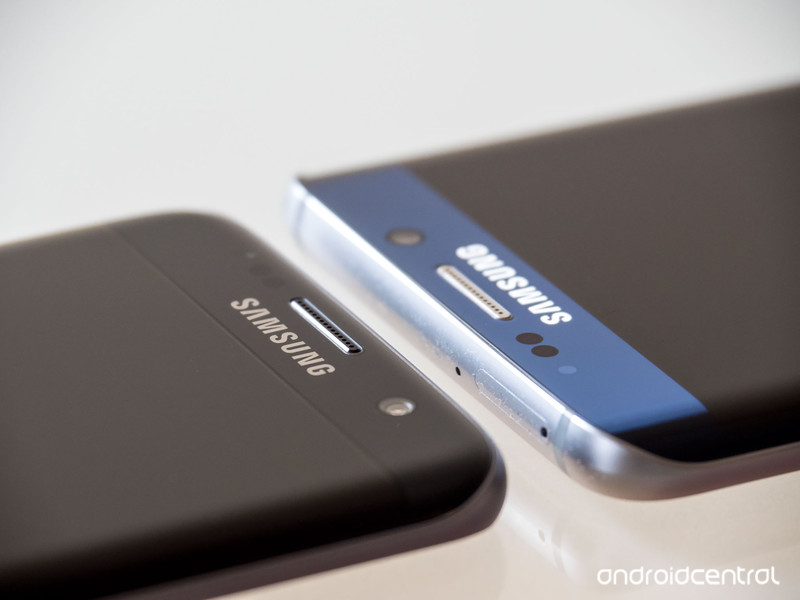 The GS6 edge+ is barely six months old, but with the recent arrival of the Galaxy S7 edge, you might be feeling the itch to upgrade.

The Galaxy S6 edge+, launched alongside the Note 5 in fall 2015, was something of an oddity in Samsung’s Galaxy lineup — a halfway point between the regular GS6 edge and the newly arrived GS7 edge. Both devices boast big screens, great cameras and Samsung’s trademark edge display.

If you’re buying a new phone today, we’d always point you towards the newer model — the GS7. But if you’re already a GS6 edge+ owner, you may be enviously eyeing its successor. Wondering what you’re missing out on? We’ve put together a quick guide for your perusal. Read on to see whether it’s worth taking the plunge. 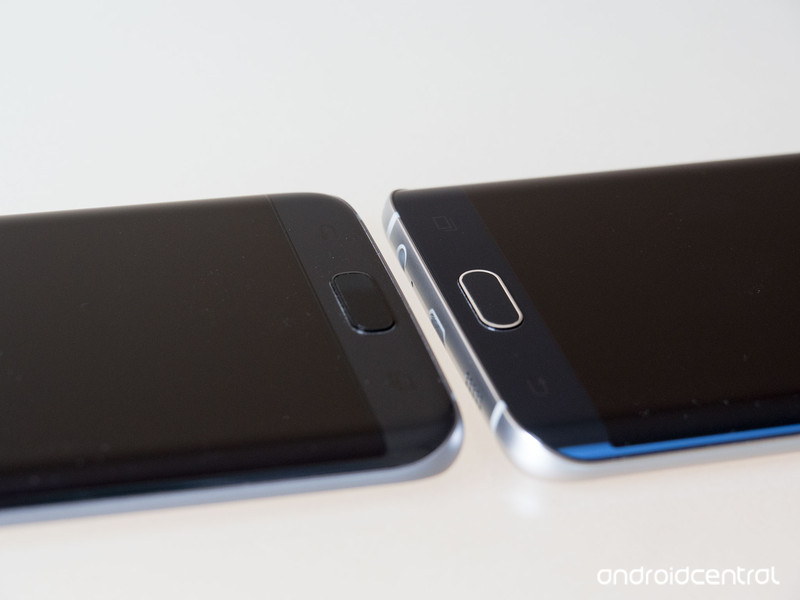 Coming from the same family of devices, the design DNA shared by the Samsung Galaxy S6 edge+ and the Galaxy S7 edge is clear to see. You’ve got a glass-fronted, glass backed phone broken up by a slender metal trim. The GS6 edge+ is a bit more angular overall, with a flat back and sharper corners where it joins the aluminum frame. By contrast the newer GS7 edge is curvy all over, with front face that gently blends into the metal trim, and a subtle Note 5-like curve to the glass back.

The GS7 edge’s extra curves give it a more ergonomic feel.

The additional curves give the GS7 edge a more ergonomic feel, and its smaller size also makes it a more natural fit for hands. Meanwhile the ever so slightly rounded back makes it easier to pick up off a flat surface.

The newer model is also noticeably thicker, in order to accommodate a larger battery. Thinness tends to be overemphasized in the smartphone world, and at 7.7mm the S7 remains svelte in its own right. If we had to choose, we’d say the GS7 edge is a more natural fit in the hand, and the move down from 5.7 to 5.5 inches of display real estate hasn’t troubled us at all.

On the inside, the move from GS6 edge+ to GS7 edge brings us almost a generational leap in internals. While the Exynos 7420 chip powering the older of the two phones is a year old at this point, it continues to pack more than enough horsepower for day-to-day app usage. Really, the only place you’ll see any difference in performance between the two is in benchmark apps and really high-end gaming.

As the spec sheet reveals, the basic dimensions of the phones may have changed, but many features have carried over.

As for the display, outside of lab tests the most we can say is both phones have absolutely phenomenal screens — easily among the best in any smartphone. Detail is plentiful thanks to the Quad HD resolution, colors are bright and vibrant, and the super-high-brightness daylight mode is as always a welcome addition.

The GS7 has grown two big, new important hardware features, however — the newer model is water and dust-resistant, rated IP68, and Samsung has brought back the microSD slot for adding expandable memory. You won’t be able to directly augment your internal storage with Android 6.0’s “adoptable storage” feature, but it’s an easy place to offload photos or music. 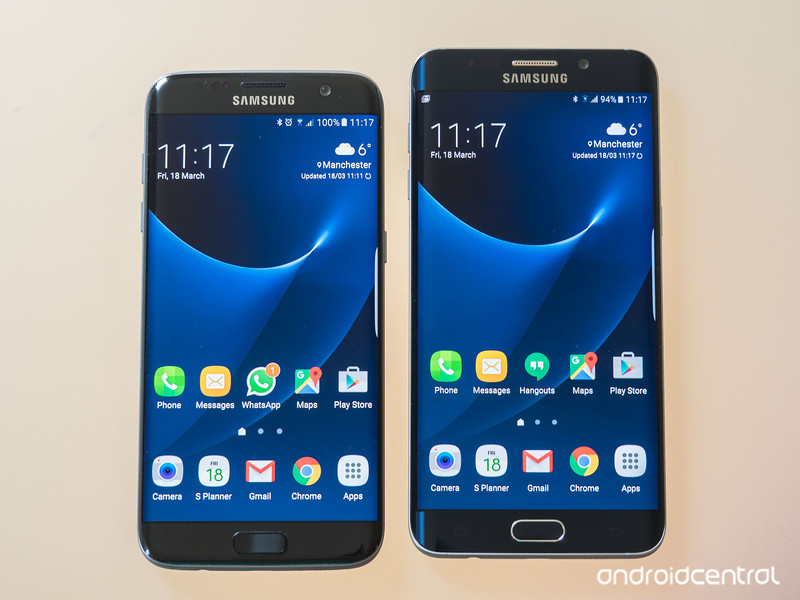 Here’s where things get interesting. The Galaxy S6 edge+ was recently updated to Android 6.0.1 Marshmallow in many countries — if the update isn’t with you already, it’ll be coming pretty soon. So for the purposes of this article, we’ll compare both phones on Marshmallow.

So for the most part, the Marshmallow upgrade for Galaxy S6-series phones, including the edge+, brings many of the Galaxy S7’s features to these devices. For the edge+, this includes Samsung’s revamped edge screen features that make the curved display a bit more useful than before. You’ll also benefit from speedier performance all-round, a more reliable fingerprint sensor and relief from one or two random bugs that would occasionally cause Samsung’s 2015 devices to freeze and stutter.

It’s easier to point out what you don’t get in the GS6 edge+ Marshmallow update.

And these upgrades include all the visual enhancements from the GS7 — a more muted grey-blue notification drawer, a revamped Settings pane, and all-new versions of each one of Samsung’s bundled apps.

Basically everything that makes the GS7 software experience can be found in the GS6 series’ Marshmallow update, with just a few exceptions worth mentioning.

And really, this just underscores what a solid update Android 6.0 is for the Galaxy S6 edge+ — about as big a jump as we’ve in any generational software upgrade for a Samsung phone. That being the case, there’s not much in the GS7 edge’s software to inspire an update from its immediate predecessor. 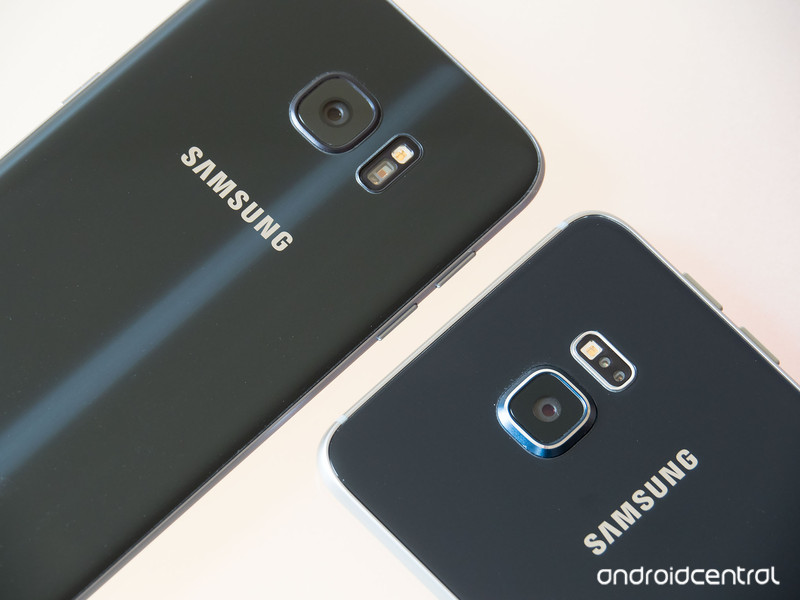 The Galaxy S7 series brings about a re-think of Samsung’s camera philosophy, with a new 12-megapixel sensor with larger pixels (1.4-micron versus 1.12 in the GS6 series) for improved low-light pics. That’s augmented by a brighter f/1.7 lens, compared to the GS6 series’ f/1.9.

The Galaxy S7 edge’s camera, as we stated in our review, has a lot to live up to. Last year’s Samsung cameras were phenomenal, and so any improvement in low-light photography ideally shouldn’t compromise the camera’s daylight capabilities.

Again, as we discussed in our full reviews, there are certain semi-rare situations, in daylight or in HDR mode, where the GS6 will produce a better-looking shot than its successor. You’ll have to take side-by-side comparison shots to tell, but it can happen.

With this caveat out the way, the high-level summary is this: Both phones have excellent cameras, but the GS7 pushes ahead with a substantial improvement in low-light photography, especially in really dark scenes. The new f/1.7 lens can also produce some absolutely gorgeous micro shots, though the GS6 was highly skilled in this area too.

The biggest difference we’ve noticed between the two is in HDR mode. Whereas the GS6 tended towards almost over-lightening areas in HDR shots, photos in HDR mode from the GS7 appeared darker and less appealing overall, though arguably more true to life.

Bottom line: You really have to nit-pick to find fault with the GS7’s camera. And when you do, it’s not impossible to find areas where the GS6’s takes a slightly better-looking photo, particularly in bright daylight. While the GS7 is the clear winner in low light, you’ve still got a highly capable camera in the GS6 series.

Note: Samsung uses a mix of its own ISOCELL sensors and Sony IMX260 sensors interchangeably across the Galaxy S7 range. For what it’s worth, our device has the ISOCELL sensor. 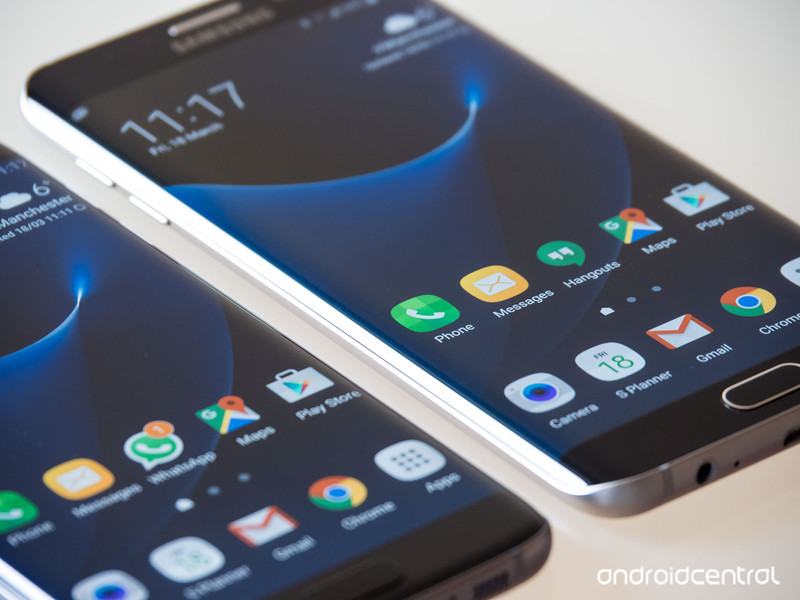 The Galaxy S6 edge+ was always a great phone. With its recent upgrade to Marshmallow — complete with all the Samsung goodies that bring it into line with the S7 software experience — it’s a really great phone. In fact, it still compares favorably to most high-end Android phones of the moment.

That being the case, there are a few reasons why you might want to sell your phone and upgrade to the new Galaxy S7 edge. The first is battery life. The 20 percent boost in battery capacity, together with more efficient components and a smaller display size overall, make the GS7 edge noticeably longer-lasting.

The next is the camera. Sure, in decent lighting the GS7’s camera is more of a side-grade than a straight-up upgrade, but if you’re taking a lot of photos in low light, the updated model has a clear lead.

But you’re going to have to care about these two features a lot for this to be a worthwhile upgrade. Instead, most GS6 edge+ owners are going to get more out of the upgrade to Marshmallow than they would forking out the extra cash for a GS7 edge.

Galaxy S6 edge+ owners, are you tempted to upgrade to the Galaxy S7 edge? Shout out in the comments!

Read more from News
← Verizon is pushing a security update to the Galaxy S7, S7 edge
You can now mark your favorite locations with colorful stickers in Google Maps →