Lollipop is now the most-used version of Android, Marshmallow up to 2.3 percent 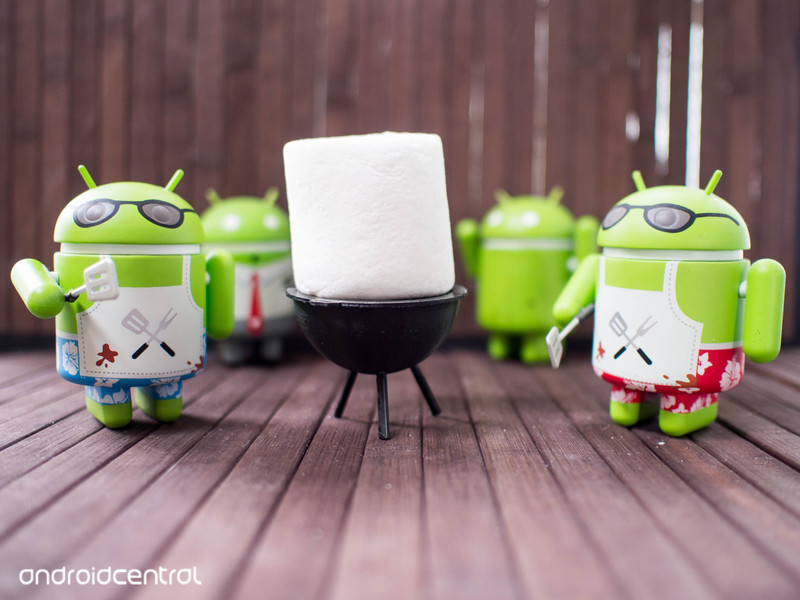 Google has released its latest update to the distribution numbers for each version of Android. In the latest round, Lollipop continues to gain ground, while the latest version, Marshmallow, jumped a little over one percentage point. Lollipop now sits at 36.1 percent, up from the to 34.1 percent in February, while Marshmallow has made the jump to 2.3 percent from 1.2 percent. 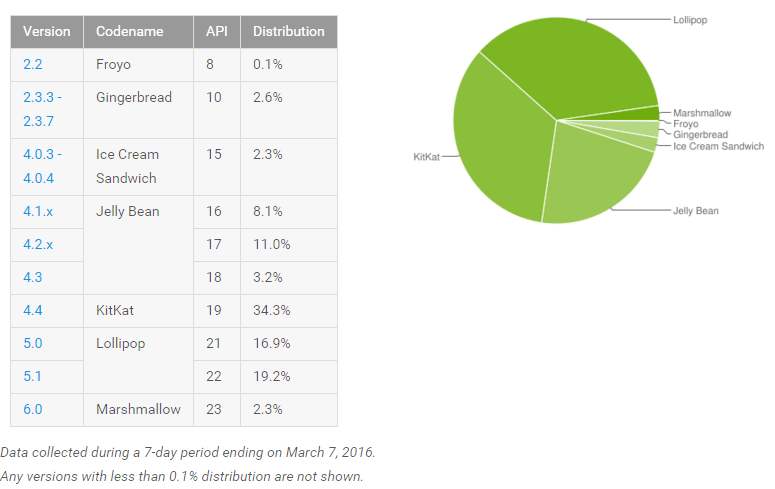 KitKat is no longer the version of Android with the single largest install base. It is down to 34.3 percent, compared to the 35.5 percent in February. Jelly Bean also saw a drop to 22.3 percent from 24.7 percent, Ice Cream Sandwich is down slightly to 2.3 percent and Gingerbread comes in at 2.6 percent. Finally, Froyo, Android 2.2, is now only installed on 0.1 percent of all Android devices.