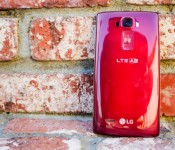 Hello fans, here are the biggest news in the world of Android this week. In typical Samsung fashion, we’ve been treated with a slew of mouthwatering teasers for the upcoming Galaxy S6 – Samsung is strongly hinting to a metal and glass design, and the company also alluded to built-in wireless charging. HTC went easier on the teasers, but the surprise may be spoiled anyway by a listing of the M9 on a German’s retailer website. In non-flagship news, the Pebble team announced a major update, new chips were unveiled by Samsung and Qualcomm, and LG introduced the elegant Watch Urbane.

Our Friday Debate podcast is at its fifth installment, and we think we’re finally starting to hit our groove with it. And by “we” I mean Josh, Joe, Andrew and Jon, who all agree that edition #5 (listen to it below) was the nicest and funnest yet. Apparently, at least some of you guys agree, since our little podcast made it to the Trending 100 of Pocket Casts. We thank you and we hope that’s just the beginning.

This Tuesday we finally released Ash’s magnificent History of Nexus video. A production of epic proportions and quality, as well as one of the longest videos we ever put out, the video walks your through all the key moments of the glorious Nexus series. Check it out.

Next week, we’re heading out to MWC, the biggest mobile event in the world. Josh and Lanh will be on video duty, Darcy will be leading us fearlessly, while yours truly will try not to get into anyone’s way. Technically, MWC starts next Monday, but all the really good stuff (M9, S6, mmm!) will be out on Sunday. We can’t wait to be there and share it with you!

Real phones have curves, thinks LG, and we agree. That’s why we’re giving away a curvaceous G Flex 2 in our beloved Sunday Giveaway. Head over here to get your raffle tickets, and good luck!

The stuff you shouldn’t miss

Here are some interesting posts for your Sunday reading:

Top news of the week

And here are the top news in the Android world this week:

Pebble is back in the news

One M9: getting closer

We always want to hear your feedback. Whether it’s criticism or praise, feel free to tell us what you think about Android Authority’s content, design, and community. Comment here or get in touch with us on our social channels:

Read more from News
HTC, LG, News, Samsung
← How to change the color of your virtual keyboard on BlackBerry 10.3.1
Bumpies: Protection for your Galaxy S5 without the bulk of a case →