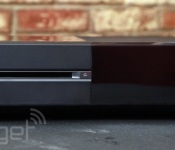 Last year Microsoft announced plans to let every Xbox One become a software development kit at some point. Earlier today, Xbox Advanced Technology Group’s Martin Fuller reportedly told the audience at the Develop conference, spotted by Digital Spy, that that was no longer the case. Except that’s not quite the case. When we asked Microsoft if the comments were accurate, we were told outright: “The comments today were not accurate.” Further, a Microsoft spokesperson said: “We remain committed to ensuring the best possible solutions for developers and hobbyists to create games for Xbox One. We will share more details at a later date.”

Why’s this important? Well, for starters it’d allow anyone access to otherwise expensive development tools and thus further along the indie community, allowing practically everybody with the requisite know-how to make games for the platform. Development kits, also known as debug consoles, allow the user to play work-in-progress games on them, among other things. As the name implies, they’re typically only given to game studios, but select members of the press that need early access to a game for coverage purposes (mostly for access to preview and not-final review versions of games) get them too. While the general public likely wouldn’t have much use for the development tools this would open up, the move could be just the thing that causes the indie scene to explode on Xbox One.