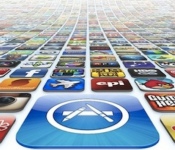 Apple is making it easier for developers to find the resources they need when designing their iOS apps. The company added a new “Designing Great Apps” hub to its developer website that includes both videos and documentation on iOS user interface design, transitioning to iOS 7 and more.

Exceptional user experience is a hallmark of Apple, and a distinguishing feature of apps built for iOS and OS X. Review the resources below to learn how to build the polished, engaging, and intuitive apps that Apple customers have come to expect.

The content in this section is a compilation of existing material that Apple pulled together specifically for its developers. The documentation is available to read without restriction, while videos, which are pulled from previous WWDC developer sessions and iOS 7 Tech Talks, require a developer account to watch.

Quality apps are the hallmark of the iOS App Store, which had over one million iPhone apps and over 500,000 native iPad apps as of January 2014. iOS owners are active in the App Store, spending over $1 billion and downloading almost three billion apps in December 2013 alone.

Read more from News
Apple
← Apple Sold $1 Billion in Apple TV Boxes in 2013, Cook Says ‘Difficult to Call It a Hobby’
How To: Install the Nokia X App Store →